Diagnosing many tick-borne diseases with just one blood test? 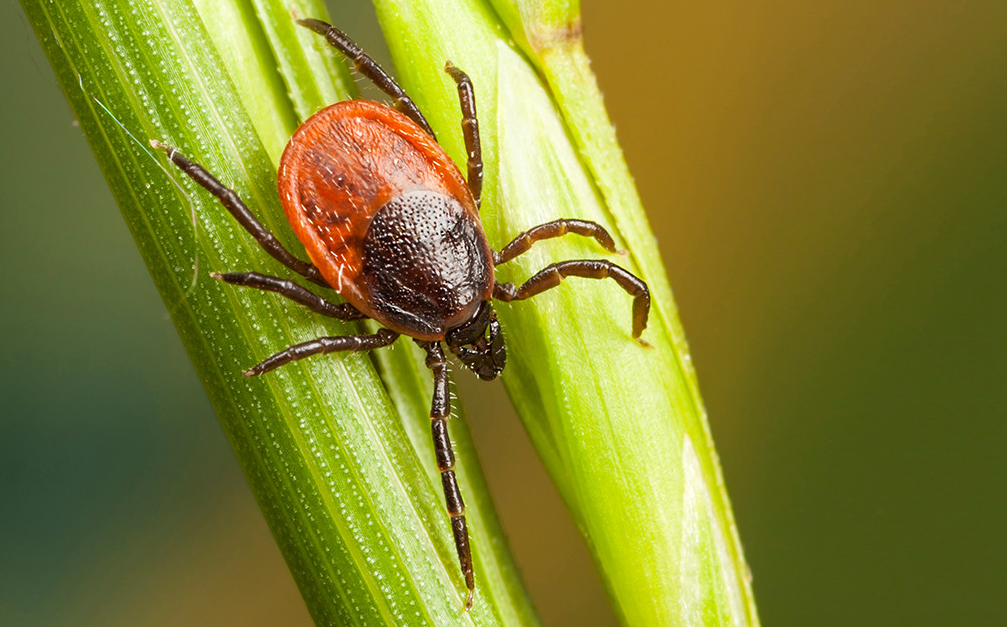 A new blood test called the Tick-Borne Disease Serochip (TBD Serochip) promises to revolutionize the diagnosis of tick-borne disease by offering a single test to identify and distinguish between Borrelia burgdorferi, the pathogen responsible for Lyme disease, and seven other tick-borne pathogens.

Led by scientists at the Center for Infection and Immunity (CII) at Columbia University’s Mailman School of Public Health, the research team report details on the new test in the journal Nature: Scientific Reports.

The researchers — who also include scientists from the Centers for Disease Control and Prevention, National Institute of Allergy and Infectious Diseases, Roche Sequencing Solutions, Farmingdale State College, and Stony Brook University — sought to improve on existing tests for tick-borne diseases (TBDs), which have limited diagnostic accuracy and cannot test for more than one infection simultaneously.

Currently, diagnosis of Lyme disease, the most common TBD, requires two separate tests. This cumbersome approach also relies on subjective criteria for the interpretation of results, and accurately identifies fewer than 40 percent of patients with early disease and results in false positives in 28 percent of the time.

The accuracy of the method used to diagnose TBDs Babesia, Anaplasma, Ehrlichia, and Rickettsia varies widely among testing laboratories. And for other tick-borne agents, specific blood tests are not yet available, or in the case of the potentially deadly Powassan virus or Heartland virus, are only performed in specialized laboratories.

“Each year, approximately 3 million clinical specimens are tested for TBDs in the U.S. Nonetheless, the true incidence of TBDs is likely greatly underestimated, as patients with presumed TBDs are rarely tested for the full range of tick-borne agents, and only a fraction of positive cases are properly reported,” adds Nischay Mishra, PhD.

Co-lead authors Tokarz and Mishra are associate research scientists in the Center for Infection and Immunity.

The researchers also included Long Island tick rhabdovirus, a novel virus they recently discovered in Amblyomma americanum ticks. As new tick-borne infectious agents are discovered, the TBD-Serochip will be modified to target them — a process the researchers say can be done in less than four weeks.

The TBD Serochip is also able to identify whether an individual is infected with more than one tick-borne pathogen. Individual ticks are frequently infected with more than one agent; Ixodes scapularis ticks alone can transmit at least five human pathogens. Evidence of exposure to other tick-borne pathogens in patients with Lyme disease has been well documented. In the new paper, the researchers report finding antibodies to another agent in 26 percent of blood specimens from patients with TBD.

In addition to its utility as a diagnostic platform, the TBD Serochip also provides a powerful research tool for studies of TBDs. The technology can be employed to discriminate individual antibody responses in patients with TBD and thus examine the interplay of TBD agents on disease manifestation and progression. It can also be used to assess the impact of genetic diversity of tick-borne pathogens on the host immune response.

Note from editor: The press release does not state when this test will be available to the general public.