LYME SCI: Why does the CDC endorse single-dose doxy to prevent Lyme? 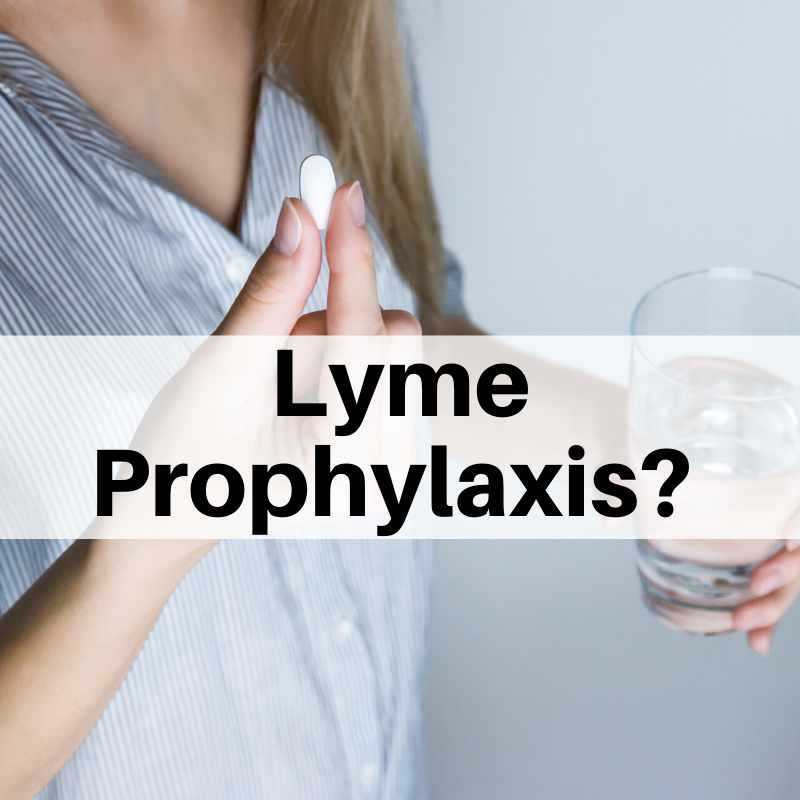 My name is Lonnie Marcum. I am a physical therapist, and a health and science writer for the nonprofit, LymeDisease.org. I am also a member of this working group’s Tick Biology, Ecology and Control subcommittee.

Today I’d like to encourage the Tick-Borne Disease Working Group to recommend the CDC reevaluate the use of a single dose of doxycycline for the prevention of Lyme disease, as listed on the CDC website listed under “Tick Bite Prophylaxis.”

In the age on antibiotic stewardship, how is providing a single dose of ANY antibiotic practicing responsible medicine?

For instance, when a child has an ear infection, the pediatrician tells the parent to finish all the medication even if the child begins to feel better. The reason for this is that bacterial infections can build resistance to common antibiotics.

While Borrelia do not form TRUE resistance, the single dose may encourage cystic forms of Borrelia, affecting other co-infections, and abrogating a positive future Lyme test.

We already know that 10-20% of patients with early Lyme who receive a 2-4 week course of doxycycline will remain ill. On top of that, up to 50% of ticks in some areas are co-infected with more than one pathogen.

In truth, we have no data on what a single dose of doxycycline does to the course of human Lyme and other tick-borne diseases.

Current microbiology has shown us that under stress, Borrelia can change form and hide from the immune system. Borrelia do this when exposed to anything that threatens their existence—including doxycycline.

Recent laboratory data out of Johns Hopkins university has shown that a 7-day course of doxycycline allows 30-90% of the residual bacteria to keep growing.

How many viable bacteria  does it take to cause illness in humans? TEN?  Someone needs to test this.

Fewer people got a rash. That’s it.

The largest study, on which the CDC based its recommendation, showed one thing—a single dose of doxycycline reduced the incidence of rash in a small group of people. Specifically, seven fewer people got a rash. That’s it.

The authors of this study state: “The primary end point was the development of erythema migrans at the site of the tick bite.”  Not arthritis nor the common neurological manifestations of Lyme.

In their conclusion, the authors go on to say, “The efficacy rate found in our study should be interpreted cautiously,”

This study differs from three other studies, which showed no benefit to antibiotic prophylaxis given after a tick bite. Why does this one study outweigh the other three?

Numerous studies demonstrate B. burgdorferi’s ability to survive a standard course of antibiotic therapy in animals and in humans. Logic does not support that a single dose of doxycycline—which doesn’t kill Borrelia in a petri dish—would clear infection in humans.

In conclusion, I would tell you, current evidence DOES NOT support the use of a single dose of doxycycline, because it DOES NOT ensure the best outcome for patients with Lyme and other tick-borne diseases.

Please see my written comments as submitted for additional detail and full references.