LYME SCI: Tick-borne co-infections are the rule, not the exception 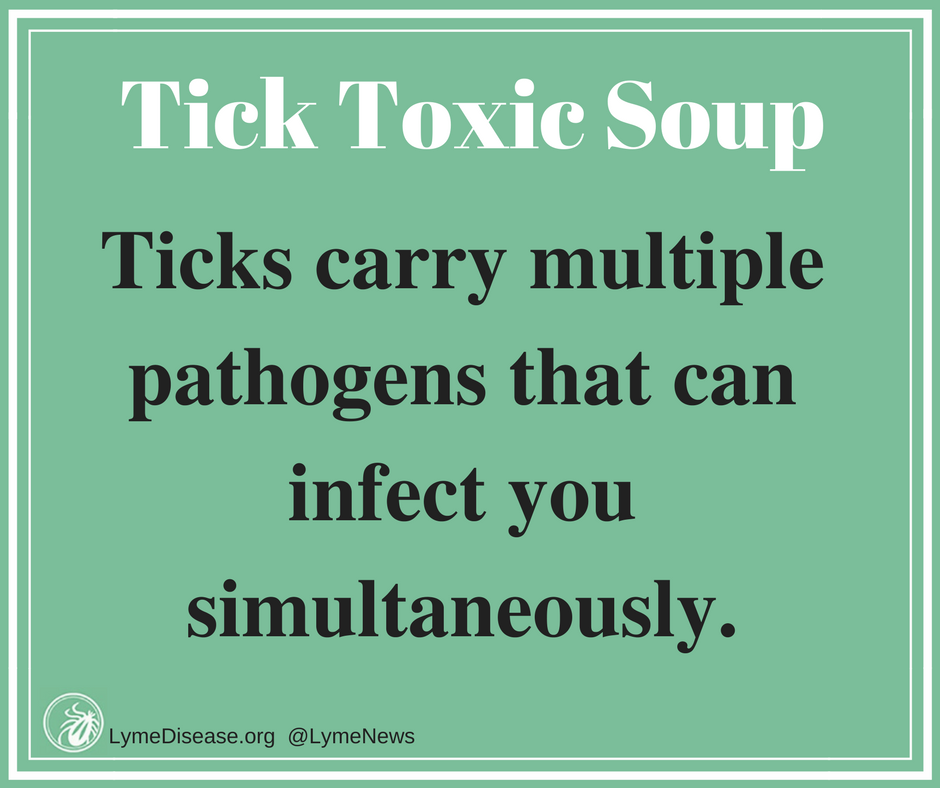 While Lyme disease is the fastest growing vector-borne disease in the United States, many other bacteria, parasites and viruses can also be transmitted by ticks.

These are generally referred to as “co-infections” of Lyme, since people often have them at the same time as Lyme disease. While US cases of Lyme disease are estimated to be over 300,000 per year, no one really knows the incidence of co-infections.

The recognition of tick-borne pathogens that are responsible for human illness is accelerating. Eleven new ones have been discovered since 1960, with over half of those found since 2000.

Several factors contributing to the increase of TBDs

Of the 84 species of ticks found in the U.S., at least a dozen can infect humans. Ixodes (hard-bodied) ticks are the biggest culprits, known to transmit a large number of bacteria, parasites and viruses.

Co-infections are the rule

To better understand how many microbes can be carried by ticks, scientists are going straight to the source—the tick. One such study took a deep dive into the pathogens carried by Ixodes ticks. While this research was conducted in France, I believe the conclusions are applicable to Ixodes ticks found throughout the world. Basically, ticks carry lots of bad stuff!

This study was the first to simultaneously test for 38 pathogens (bacteria, parasites and viruses) and four symbionts (other microorganisms that may affect the transmission of disease). Some symbionts may make it harder for the tick to transmit pathogens, while others may make it easier.

The results were astonishing! Every tick carried at least one symbiont, and 45% were co-infected with up to five different pathogens. When you include symbionts in the count, some ticks carried as many as eight microorganisms. The study’s findings are summarized in the chart below:

In conclusion, if you are bitten by a tick, know that you may have been exposed to more than just Lyme disease, and that multiple infections increase the severity of illness.

This is the first in a four-part series on tick-borne rickettsial illnesses. Future blogs will discuss spotted fever rickettsiosis, ehrlichiosis, and anaplasmosis.

LymeSci is written by Lonnie Marcum, a Licensed Physical Therapist and mother of a daughter with Lyme. Follow her on Twitter: @LonnieRhea  Email her at: lmarcum@lymedisease.org.

Severity of chronic Lyme disease compared to other chronic conditions: a quality of life survey

Co-infection of Ticks: The Rule Rather Than the Exception