An unusual presentation of Lyme disease in Georgia 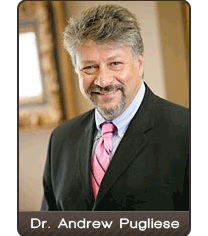 A 15-year-old young lady came to see me last year with quite an interesting story. Six months prior to her visit, she was at summer camp, when she developed a fever, chills, myalgia and arthralgia. The patient also has a history of cranio-pharyngeal carcinoma discovered when she was a toddler and was treated.

She was admitted to the hospital for observation. No diagnosis was elicited during this time except for a viral syndrome and she received supportive care. The patient’s medical team would not even consider the thought of Lyme disease and actually became curt to the mother and patient when it was mentioned, because, “there is no Lyme disease in Georgia.” Eventually the fever and rash resolved but myalgia and arthralgia continued. Walking became difficult due to pain, especially the left knee, which was swollen and red. By the time the patient saw me, she was wheelchair-bound. 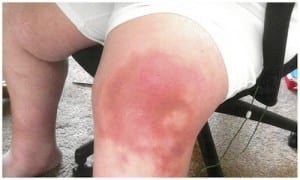 The most striking finding was the thickened, erythematous skin over the left knee. My initial thought was Achrodermatitis Chronicum Atrophicans (ACA) which is a chronic inflammatory atrophic skin manifestation of late stage Lyme disease. ACA usually occurs on the extremities and can form anywhere from 6-36 months after being infected. It is usually bluish-red in color and painful. If left untreated, the skin has a tendency to become thin and fragile which then tears easily and is slow to heal. According to the literature, approximately 10% of patients with chronic Lyme disease have ACA. Here in the United States it is rarely seen, again according to the literature. 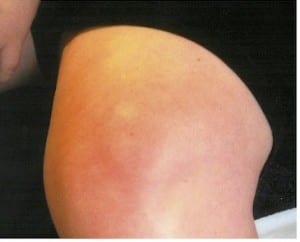 Serological testing for Lyme was performed and was negative and from an academic point of view it would have been nice to get a biopsy of the lesion. Unfortunately, due to insurance reasons, it was difficult to find a dermatologist to do a biopsy in a timely fashion. To me this appeared to be another case of Lyme disease, based on clinical findings, and I initiated the patient on doxycycline. Unfortunately, there was no response to doxycycline, but there was significant improvement when she was switched to minocycline. 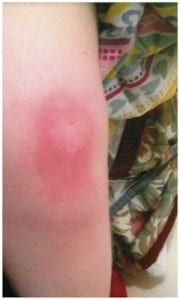 After two months of therapy, she was able to return to school and enjoyed the summer, baffling her medical team. In December of that year, it was decided to stop the minocycline. Unfortunately, within a month’s period of time the knee once again became swollen and painful. Intramuscular bicillin 2.4 million units caused the area over the patella to become intensely erythematous, but within a few weeks of being back on minocycline, she was back to walking without assistance.

Again, according to the literature, four weeks of doxycycline should have been enough. Unfortunately my patient didn’t read the literature. My belief is that her primary disease and the treatment modalities she is receiving for it play a major part in the persistence of the disease process requiring prolonged therapy with minocycline.  As always, patients with co-morbidities may not be well represented in clinical trials and must be taken into consideration when dealing with patients with other underlying diseases.

It’s my belief that ACA is more prevalent than initially realized here in the United States.

This is because Lyme disease has been so underdiagnosed here, and there is now hope, especially in light of the CDC admitting to underestimating the prevalence of Lyme disease. In 2013, the CDC stated that it had always thought the prevalence of Lyme to be about 30,000 new cases a year; however, now they believe the prevalence is about 300,000 cases annually. Hopefully, with more awareness, clinicians will recognize ACA more readily and sufferers will receive timely and adequate treatment.

As frustrating as it has been for those of us who treat Lyme disease, especially here in Georgia, I am always encouraged by the increase in press that is being awarded those that suffer with this disease. Borrelia is a very complex organism which is probably the reason for the variation, not only in presentation, but treatment modalities and length of therapy necessary. Hopefully the new John Hopkins Center for the treatment of post-Lyme syndrome will be a powerful tool to help all of these patients. Only time will tell.

For more on Lyme disease check out my previous article The Mystery of Lyme Disease. Thank you for reading and comments and feedback are always welcome!

Andrew Pugliese, MD, who is board-certified in infectious diseases, sleep medicine and internal medicine, practices in Atlanta, GA. This post is republished by permission from SinusitisBlog. Dr. Pugliese can be reached on Twitter @sinusblog.