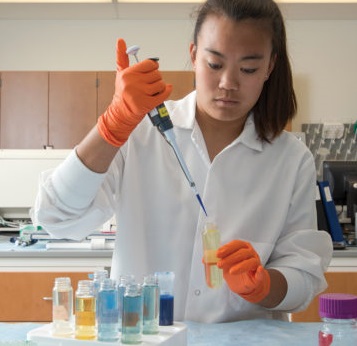 Science is all about asking questions and finding answers. It attracts the curious, the driven, the questioners and fact seekers—the people who won’t accept the status quo and who are always pushing to learn more. If we keep asking science the right questions, we’re bound to get to the right answers eventually. It’s simple, right?

Unfortunately, not. As with everything about Lyme disease the answers to the questions are not so simple. Lyme is a complicated, nuanced disease with many challenging attributes, so much so that even the most experienced clinicians and medical researchers struggle to understand the many ways the infection impacts the human body. So, if you’re going to try and solve the puzzle of Lyme disease, where is the best place to start? How do you get all the pieces in place to move the needle to solve the complexity of this disease? 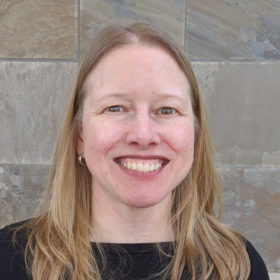 Enter Bay Area Lyme Foundation and Principal Investigator Liz Horn PhD, MBI. When they were planning this project, they asked research scientists in the field of Lyme disease what were their big obstacles to finding out more about Lyme? What did scientists need so that they could start chipping away at the conundrum of this horrible disease?

The need for reliable samples

“It turned out that scientists couldn’t find reliable human blood, urine, and tissue samples from people who had been diagnosed with Lyme disease,” Horn explains. “Even though there were researchers who wanted to study Lyme disease, they couldn’t access enough of this vital material. And if you don’t have access to reliable samples, samples that have health information like symptoms attached to them, you can’t build a research project.”

In 2014, The Lyme Disease Biobank (LDB) was founded as a Bay Area Lyme Project, financed initially through the organization’s annual LymeAid Gala. The idea was simple: collect blood and urine samples from people who show up at a doctor’s office in areas where Lyme disease is common and who are exhibiting symptoms of an early Lyme infection. These samples would then be made available to researchers developing better diagnostics for Lyme disease.

“The plan was to collect what we call ‘well-characterized’ samples from patients with early Lyme disease,” Horn recounts.

“This can be challenging because we don’t have a reliable direct detection method to diagnose Lyme infection, and current diagnostic tests don’t work well in early disease. To make it more complicated, symptoms like fever, headache, and fatigue could be caused by many different things and not everyone develops or notices a Lyme rash. So, it was really important to leverage the expertise of doctors who have a lot of experience of seeing and treating acute Lyme infections. That way, we could be more confident that we were collecting the right samples and getting researchers what they needed to create better diagnostics.”

Because Lyme disease happens across the country, it’s important to collect samples from multiple locations where infected ticks are known to be active and patients are routinely going to their doctors for treatment for early Lyme disease.

LDB also collects samples from people with persistent Lyme disease in Northern and Southern California. Currently, more than 1000 participants have been enrolled in the study. Patient participation is voluntary, and sample donors are compensated for their involvement.

So, what happens after samples are collected from people with cases of Lyme? How is this helping solve the problem of Lyme disease? How can we measure the potential impact of the LDB?

“Since we launched the biobank, we have provided samples for over 65 discrete research projects in the U.S. So far five scientific papers have been published in the field of diagnostics and more are in development. We are moving the field forward and we are making access to samples easier for investigators. They now have a place to get samples instead of trying to find them from other sources or collecting them on their own,” says Horn.

“Also, what’s exciting is that although about half of these projects are where you’d expect—in academia—the other 50% are in industry, small biotech companies, and non-profit research organizations. Because we have a growing collection of reliable, high quality samples that researchers can use, we are attracting new people with existing technologies to the field of Lyme disease research, stimulating new research, and getting answers to some of the most perplexing questions in the world of Lyme. It’s very encouraging!”

This is all great news of course, but what’s the Holy Grail of Lyme? What’s the thing that everyone–researchers, patients, doctors, and diagnostic companies–are seeking?

“A reliable, direct detection method of diagnosis that works not only in early Lyme disease, but also in later Lyme disease,” says Horn. “That would be a true game changer for the field. This is why our sample collections efforts in California are so important, and we are working to increase the number of samples from people with persistent Lyme in the biobank.”

And although things are moving forward and progress is being made, 2020 came along and temporarily stalled a lot of Lyme disease research, as many researchers switched to COVID-19 investigations. However, unexpected silver linings have emerged from the pandemic that are having a positive knock-on effect for Lyme research.

Diagnosticians all over the country had to set up testing facilities literally almost overnight, and researchers began collaborating in unprecedented ways. Also, because of the pandemic, the public now has a much better understanding of diagnostic tests, appreciate why we need direct detection methods for identifying and confirming an infection, and understand why we need antibody tests.

The general level of comprehension of how science solves problems has improved dramatically—plus the skill sets and collaborations that have been developed in labs across the country can now be transferred back into Lyme disease research.

So, what’s next for the LDB? Enabling new investigations by collecting more than just blood and urine.

To launch the biobank, LDB originally focused on collecting samples from people with early Lyme disease. Now, LDB is turning its attention to the even more complex cases of patients who don’t get better after standard initial treatment with antibiotics or who are diagnosed much later after the initial infection.

To truly understand what is happening when Lyme bacteria migrate deep into the body, you have to look in the tissue. The only way to collect these tissue samples is after a major surgery, such as a knee replacement, or after someone has died, to access tissue in locations such as the brain and heart. Because collecting tissue samples is logistically challenging, LDB has partnered with the National Disease Research Interchange and MyLymeData for this program.

Yet, what’s exciting is Horn’s confidence: “The tissue bank will really give us the answers. We can look in places we don’t typically get access to. We can do experiments we wouldn’t otherwise be able to do. And, of course, we need to put a lot of focus on the brain because of the neurocognitive issues that occur with persistent Lyme disease. These are debilitating issues that we have to get to the bottom of, and the tissue bank will help us get there. We have already sent the first tissue samples to researchers.”

Now that there are so many projects out there investigating Lyme with COVID-19 waning, researchers are focusing again on Lyme disease, and LDB is getting back to the core work of collecting and distributing samples. What does Horn think that the future holds for Lyme and LDB?

“I think the advances that we make in understanding Lyme disease in the next five years are going to be more than incremental. I think there are going to be huge jumps–huge leaps forward. Plus, all the hard work on COVID-19 will benefit Lyme research through collaboration and efficiencies within the regulatory landscape that enable researchers to speed up timelines. We now have an extensive, growing collection of samples available that compliments other Lyme sample collections, there is more access to funding for researchers, and LDB has built a solid reputation in the field through collaborations and partnerships. I think we are poised to make enormous strides to solve the complex puzzle of Lyme disease.”

Click here to find out how you can donate samples to the Lyme Disease Biobank.