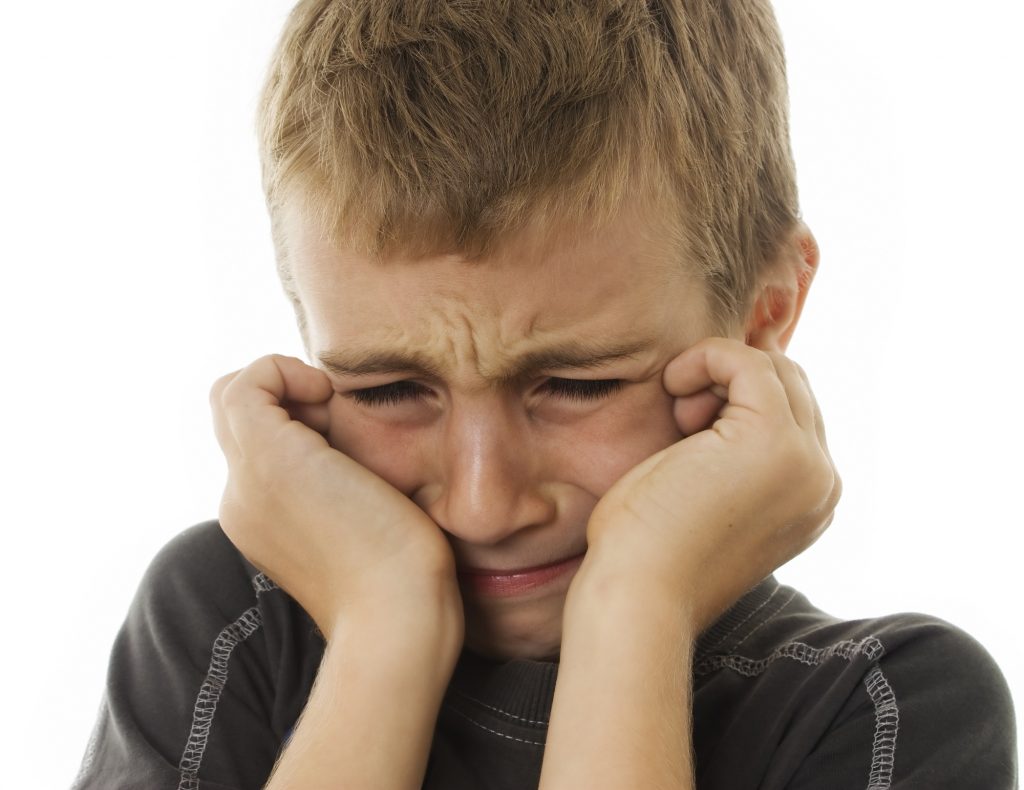 
Pediatric Bipolar Disorder (PBD) refers to a child or adolescent experiencing a distinct period of time in which he or she has changes in mood, energy, thought and behavior that can have a significant effect on the youngster’s ability to function.

Other Specified or Unspecified Bipolar and Related Disorder are two other categories that are used when the full criteria for the diagnosis are not met. In the past, this was called Bipolar Disorder Not Otherwise Specified (NOS).

The symptoms required to make the diagnosis of a manic episode are the following: a clear period of abnormally elevated or irritable mood and heightened energy or activity lasting at least a week (or less if hospitalized) accompanied by three or more of the symptoms below (four if only irritable):

In the majority of cases, the cause of bipolar disorder is uncertain. But it is probably a mixture of genetics, the environment (including exposure to certain infections) and immune system dysfunction.

A few infectious agents have been accepted as being directly associated with bipolar disorder symptoms. Two of these are 1. the parasite Toxoplasmosis Gondii which causes toxoplasmosis, and 2. the spirochetal (corkscrew shaped) bacteria, Treponema Pallidum which causes syphilis.

Of note, both syphilis and Lyme disease (caused by Borrelia burgdorferi), are caused by a spirochete-shaped bacteria and they share a variety of other commonalities.

The Borrelia bacteria has more DNA and is much more complex in composition and function. Individuals who experience late stage, or tertiary, syphilis can exhibit manic-like behavior, which also can be seen at times in those with neurologic Lyme disease.

The former refers to a group of psychiatric symptoms precipitated by a Group A Beta Hemolytic Streptococcal infection. In the latter, the cause remains unspecified and might include factors such as infections, trauma and environmental toxins.

Because of the similarities I observed between PANDAS/PANS  and PBD, I started to check some of my PBD patients for evidence of infection.

One such patient was P, an 11-year-old, who came to see me following four psychiatric hospitalizations over the course of one year, because of difficulty with mood shifts, oppositional behavior and verbal and physical aggressive outbursts.

He was diagnosed as having PBD, attention-deficit hyperactivity disorder (ADHD) – combined type and oppositional defiant disorder. His difficulties had only mildly improved despite multiple psychiatric medication trials.

I first saw him after his last hospitalization.  At that point, he was no longer acutely dangerous to himself or others but had limited self-control and awareness.

I learned that his family history was strongly positive for bipolar disorder in at least three generations. Alcoholism was present in both maternal and paternal relatives. Furthermore, there were a variety of autoimmune disorders in relatives on both sides of the family tree.

After eight months of medication treatment under my care as an outpatient, he suddenly once again became highly agitated, argumentative and threatening. It was clear that he could not continue to live at home unless his behavior drastically changed

Despite the fact he had been healthy, with no known medical history of a Streptococcal infection (the bacteria responsible for causing strep throat), I decided to check him for evidence of infection causing PANDAS or PANS. To my surprise, his strep titers were quite high and he was subsequently diagnosed with PANDAS.

A few months of treatment with antibiotics eventually resulted in a dramatic change. His mood was happier and more even, he was much less oppositional, more affectionate and he even became a more diligent student.

He was on a low dose antibiotic prophylactically to protect against recurrent streptococcal infection. This protective approach is similar to what occurs in those with rheumatic heart disease.

Over time, P’s negative behavior would return and escalate on occasion if he was exposed to someone who was sick. But his symptoms usually responded quickly with anti-inflammatory treatment or, if needed, a change in antibiotic.

When P was in the 8th grade, he had a severe angry depressive episode. By this time, I had become familiar with tick-borne disorders and their potential neuropsychiatric effects. On testing, he was positive for the bacteria Bartonella henselae.

Once again, proper antibiotic treatment resulted in a significant lessening of his psychiatric symptoms. It is important to note that he also needed an antipsychotic and anticonvulsant for mood maintenance whether or not he was taking antibiotics.

Given the observation that P’s mood and behavior dramatically changed once his infections were identified and properly treated, I decided to screen many of my new patients for evidence of infection. To my surprise, I found evidence of infections in the majority of those newer patients who underwent blood testing during psychiatric evaluation.

I am known as being an expert in pediatric bipolar disorder, having written Bipolar Kids: Helping Your Child Find Calm in the Mood Storm, as well as having lectured to the public and professionals and written a variety of articles for both groups.

It’s important to keep in mind that my practice is somewhat atypical in that it experiences what is called “a referral bias,” with many parents coming to see me to determine whether or not their child really has bipolar disorder.

Once I kept finding evidence of infections, and often positive mood or behavioral changes when the newly discovered illnesses were addressed, I decided that it was important that I go back and check for infections in my bipolar patients with whom I had worked for years. Again, I was surprised to find that many of these kids also tested positive for evidence of infection, especially tick-borne illnesses (TBIs).

Ten years ago, I learned that New Jersey, where my practice is located, is a Lyme-endemic state. But how was it possible that so many of my patients tested positive? Maybe the testing was wrong? I even submitted samples of my own blood to two of the specialty laboratories (Igenex and Galaxy Diagnostics) to check the accuracy of the testing and found the results quite credible for a variety of reasons.

I also noted that as I kept learning more and more about Lyme and the other TBIs at different specialized meetings, I often heard presentations of adult patients who were diagnosed with bipolar disorder and later found to be suffering from some form of tick-borne illness. This sounded just like “my kids.”

With this experience as my background, I decided to do a retrospective chart review to determine the rate of evidence of tick-borne infection exposure in 27 consecutively seen bipolar youth whom I treated between February 2013 and July 2015.

Using a variety of different laboratories, blood testing was done to check for evidence of exposure to Group A Beta Hemolytic Streptococcal bacteria, and other infectious agents including Mycoplasma pneumoniae (which can cause walking pneumonia), Borrelia burgdorferi (Lyme disease), Babesia, Bartonella, Anaplasma and Ehrlichia.

24 out of 27 bipolar children had TBIs

In the end, 89% (24/27) showed evidence of exposure to one or more of these pathogens (infectious agents). The frequency of the positive testing results in the 27 bipolar child patients were as follows:

All individuals who had a positive test were recommended to see a doctor familiar with TBIs to determine if the patient should receive the clinical diagnosis and get appropriate treatment.

Twenty-two of the 24 agreed to this assessment. All of those children who followed the recommendation and sought consultation were found by the evaluating physician to meet the clinical criteria for the diagnosis of having TBIs.

In the end, 20/27 or 74% of those with PBD were positive for TBIs by both laboratory testing and clinician assessment. Four of the 27 (23.5%) patients tested were positive for PANDAS. Another important observation is that only three of the 27 with PBD had a known tick bite.

The results are clearly quite provocative. It’s important to keep in mind that the association found between TBIs and PBD does not mean there is a causal relationship. Interestingly, for some children, treatment of their TBIs resulted in variable degrees of improvement of their psychiatric symptoms.

The case of P, presented earlier, is a clear example of how treating the infection improved the child’s mental health. Studies are needed before making a definitive statement regarding the neuropsychological effects of treating underlying infections. It would be wrong to generalize the results from a small, specialized psychiatric practice without more evidential support from other pediatric populations.

I also noted that some of the kids in my practice exhibited what I call “bipolar-like” symptoms. They clearly do not fit the full criteria for a bipolar mood disorder. Yet, they exhibit definite elements consistent with a significant amount of mood unsteadiness, especially depression, as well as exhibit similar co-morbidity to youth with PBD.

I can’t help but wonder how many of these children have been given the diagnosis of Disruptive Mood Dysregulation Disorder (DMDD) by other psychiatrists.

This particular diagnosis was created as a way to help identify children who did not show clear mania or hypomania but who struggle with long standing temper dysregulation, sadness and irritability. Could many of them be in this “bipolar-like “ group? Again, the answer requires more study.

The natural question from these findings for both parents and professionals is: Does treating the TBIs make any difference in how these kids actually end up functioning in real life?

Without more research, I can only comment about what I have observed in my practice with these children. There appears to be three groups:

Therefore treating the underlying psychiatric illness has the potential to change the long-term outcome in some youngsters who manifest bipolar disorder symptoms and were exposed to tick-borne illnesses.

The true prevalence of TBIs in youth who reside in the geographical area where my practice is located is unknown. This data is crucial to be able to interpret properly what I’ve found in my patients.

Dr. Rosalie Greenberg is a Board-Certified Adult, Child and Adolescent Psychiatrist, known for her expertise in the diagnosis and management of complex psychiatric problems in children, and pediatric psychopharmacology. For the past few years, she has focused on the psychiatric manifestations of infectious diseases, especially, tick-borne illnesses in children and adolescents. Her website is rosaliegreenbergmd.com.