Support for Massachusetts Insurance Legislation on Lyme disease: A Problem of Displaced Costs

Drawing on our survey results and a key cost of illness study by Dr. Zhang of the Centers for Disease Control and Prevention, our submission in support of MA insurance legislation tells the story of how the costs of Lyme disease has been displaced by insurers onto patients, their families, society and public governments. This is particularly true in late Lyme disease, where the average annual costs exceed $20,000. Insurers bear just 12% of these costs, while patients bear the remaining 88%. Loss of productivity, when patients aren’t able to work, is the lion’s share of this—a staggering 54%. 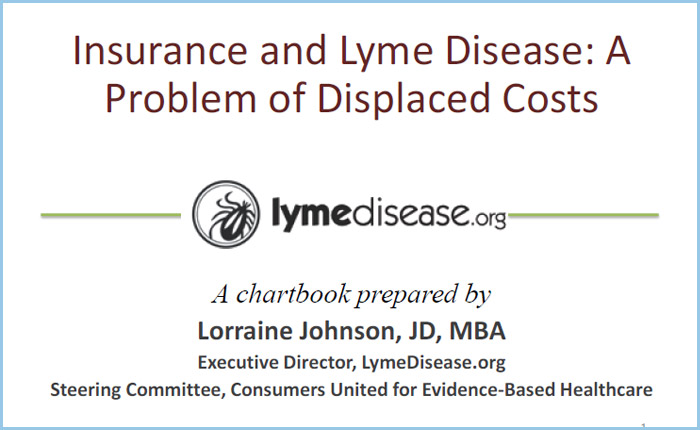 This chart book discusses the cost of chronic illness generally, the costs associated with Lyme disease in particular, and—most importantly—the extent to which those costs have been displaced by insurers onto patients, their families, communities and, ultimately the government as patients denied longer term care by their insurers shift from full time to part time employment, become unable to work full time, or are forced to seek state or federal disability. A number of studies are highlighted, but this chartbook primarily focuses on results from large scale surveys conducted by LymeDisease.org and the findings of a study by Dr. Zhang of the CDC published in 2006. Dr. Zhang’s study is the most extensive cost of illness study conducted in Lyme disease. LymeDisease.org conducts and publishes in peer reviewed medical and healthcare policy journals robust surveys of patients with Lyme disease, typically drawing responses from over 4,000 patients. 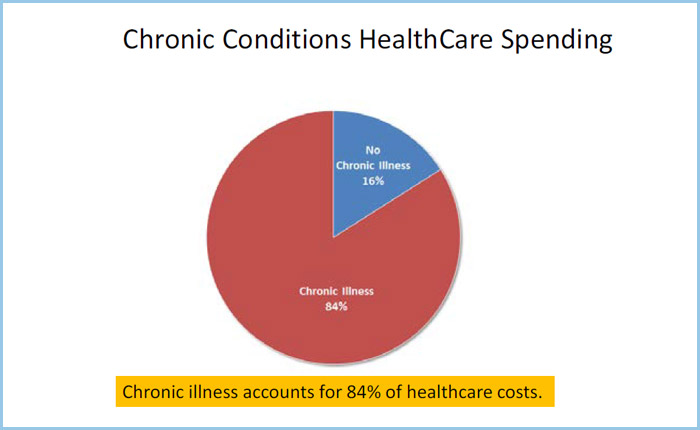 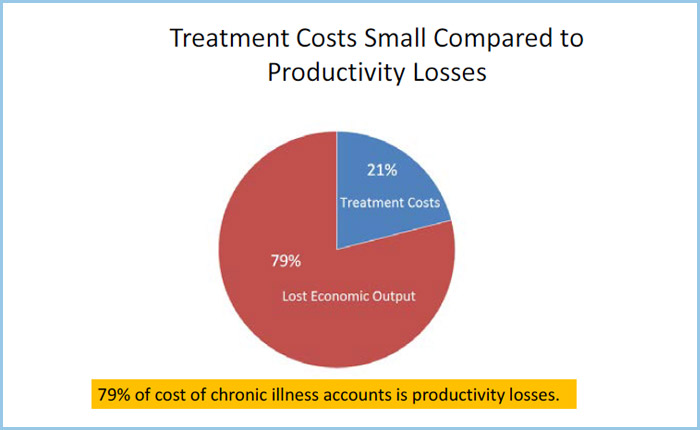 However, medical costs are just one component of the total costs of illness. There are four primary components of the cost of an illness:

It is estimated that 79% of the cost of all chronic illness is from lost economic output of employees and only 21% of the cost is attributable to treatment costs. (Anderson 2010) This means that to reduce the total costs of the illness, we are going to get more bang for our buck—relatively speaking—by reducing loss of productivity than by reducing medical costs because that is where most of the cost is.

Insurers are only responsible for direct medical costs. Indirect medical costs like copays and the cost of loss of productivity and nonmedical costs are borne by the patient, the family, the community and ultimately the government through lost revenues from income taxes when people can’t work, through a lower gross domestic product, and through disability support payments paid by governments to those disabled by a disease. It is easy to cut medical costs, but if we increase loss of productivity in the process—then we’re simply shifting the burden of the disease from insurers to society—and we may actually increase the total costs as will be discussed later. 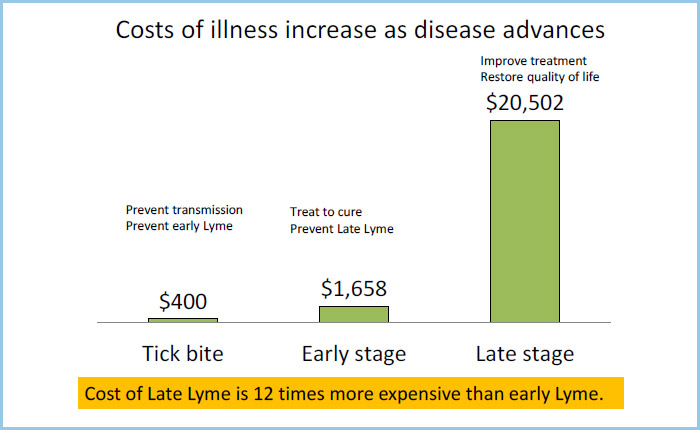 Keeping these points in mind, let’s turn to the cost of illness in Lyme disease. These figures are taken from the CDC study by Dr. Zhang of the total cost of illness associated with Lyme disease and include an adjustment for inflation from 2002 to 2012. (Zhang 2006) What you should notice in this chart is that the cost of Lyme disease goes up exponentially over time. If we treat Lyme effectively at tick bite, the cost is quite modest. If we wait until early Lyme disease, the cost has risen to $1,600—that’s provided we treat it effectively at that point. If the person goes on to develop late Lyme or chronic Lyme, the costs skyrocket and we are looking at over $20,000 per person in costs annually. It’s pretty clear looking at this chart, what we need to do to control all costs in Lyme disease: We need to prevent transmission and aggressively treat the bite; we need to diagnose early Lyme promptly and treat to cure; and we need to aggressively treat late Lyme disease to restore people to their productive lives—to get them back to work, back in the community, off disability. Right now, we are failing on all three of these goals.