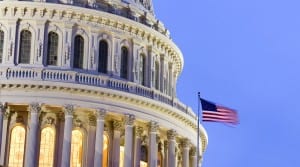 On September 13, 2012, Lorraine Johnson, JD, MBA, Executive Director of LymeDisease.org submitted the following congressional testimony for Senator Blumenthal. The complete hearing testimony “Lyme Disease: A Comprehensive Approach To An Evolving Threat” can be downloaded below. LymeDisease.org’s testimony can be found on page 47. An excerpt of that testimony is shown below.

A Federal Failure in Lyme Research, Guidelines, and Accountability: CDC and NIH Allow Private Interests of the IDSA to Set Federal Agenda in Lyme Research and Dictate Lyme Policy without Oversight
Submitted by Lymedisease.org on behalf of patients across the United States.

The government has an obligation to represent the interests of the public, to act impartially in an open and transparent manner, and to be accountable for its actions. Disturbing new facts obtained in a Freedom of Information Request filed by Kris Newby, the investigative reporter who produced Under Our Skin, reveal that an ad hoc group composed of members of the Infectious Diseases Society of America (IDSA), a medical specialty society, along with members of the Centers for Disease Control & Prevention (CDC) and the National Institutes of Health (NIH), has been acting in violation of fundamental principles of ethics. This group has been covertly setting government Lyme policy, intentionally excluding other stakeholders, running afoul of government open meeting standards, and deliberately subordinating the public interests to those of a private medical society. The group’s actions have resulted in implementation of faulty public health policymaking and have damaged Lyme patients throughout the nation who suffer from severely restricted access to care as a result of these policies. Their actions have also resulted in favoritism in Federal grant funding and suppression of the innovation critically needed by Lyme patients for improved diagnostic and treatment options. These acts of commission and omission represent serious breaches of the public trust and undermine the integrity of the scientific research agenda. The CDC and NIH have essentially abdicated their healthcare policy determinations to a Quasi-Governmental Lyme Organization, dominated by a private medical society with no government accountability or oversight.

According to copies of emails released pursuant to a FOIA request (Newby 2012), a rogue group of IDSA researchers and government officials formed an ad hoc organization in 2005, shortly after a meeting of members of the U.S. Department of Health and Human Services, the Public Health Service, CDC, and the National Center for Infectious Diseases/Board of Scientific Counselors (NCID BSC) held on May 12 and 13, 2005 in Atlanta, GA. (NCID BSC Minutes.) According to minutes of the NCID BSC meeting, the group was attended by 31 CDC/NCID staff members (12 of whom were IDSA members), 10 BSC members (6 of whom were IDSA members), 4 ex-officio members (3 of whom were IDSA members) and 3 Liaison Representatives (1 of whom was an IDSA member). Notable among the attendees were Lyle Peterson, director of the Division of Vector-borne Infectious Diseases (DVBID) and IDSA president Walter Stamm, who raised an alarm about a competitor organization, the International Lyme and Associated Diseases Society (ILADS), whose Lyme guidelines had just been listed on the National Guidelines Clearinghouse. This government meeting then determined that ‘‘CDC researchers should focus on science and not on the concerns of patient groups; other groups may need to step in and assist DVBID with public interface.’’ Action items from NCID BSC meeting included updating IDSA guidelines, updating CDC guidelines for interpreting laboratory tests, and notifying physicians and other practitioners regarding availability of clinical and laboratory documents.

That same month a private conference chaired by Dr. Gary Wormser (who also chaired the IDSA Lyme guidelines) was held at Westchester County Medical Center. According to one member, Dr. Susan O’Connell, the goal of the group was to ‘‘counteract misinformation from groups such as ILADS, unorthodox laboratories and support groups.’’ At the meeting a ‘‘work plan’’ was established that included a mixture of private interest and public policy issues:

This group, which subsequently added two members of the NIH, Drs. Phil Baker and Ed McSweegan, to its membership ranks, proceeded to work on IDSA projects and government policy projects regarding Lyme disease.

During the course of the FOIA period, the group:

Throughout the 2 years of emails circulated among the Quasi-Government Lyme Organization, three things are clear. First, there was no dividing line between the private enterprise interests of the IDSA, a medical society, and those of the public or the government. The anticompetitive agenda of the IDSA Lyme researchers was adopted unquestioningly by the CDC and NIH as their own. Second, neither the CDC nor the NIH exercised impartiality or sought the views of IDSA’s competitors, patients, or the public in making its public policy determinations regarding the IDSA and its competitors. Third, the public and the IDSA’s competitors were excluded from the meetings and communications. The group included government employees who worked to pursue the IDSA’s interests. Specifically, government employees reviewed IDSA guidelines drafts, helped get them listed on the National Guidelines Clearinghouse, worked to delist the guidelines of IDSA competitor ILADS, reviewed drafts of the NEJM article, referred the NEJM article to the CDC press office to ensure that it was publicized, had the CDC press office request open access publication of the NEJM article from the publisher, and worked with a private IDSA researcher and grant recipient to host a scientific conference that would determine a research agenda and inform funding decisions.

How your support helps us do the things we do

You can offer comment on HHS's vector-borne disease strategy