How to do a Lyme awareness proclamation in your region 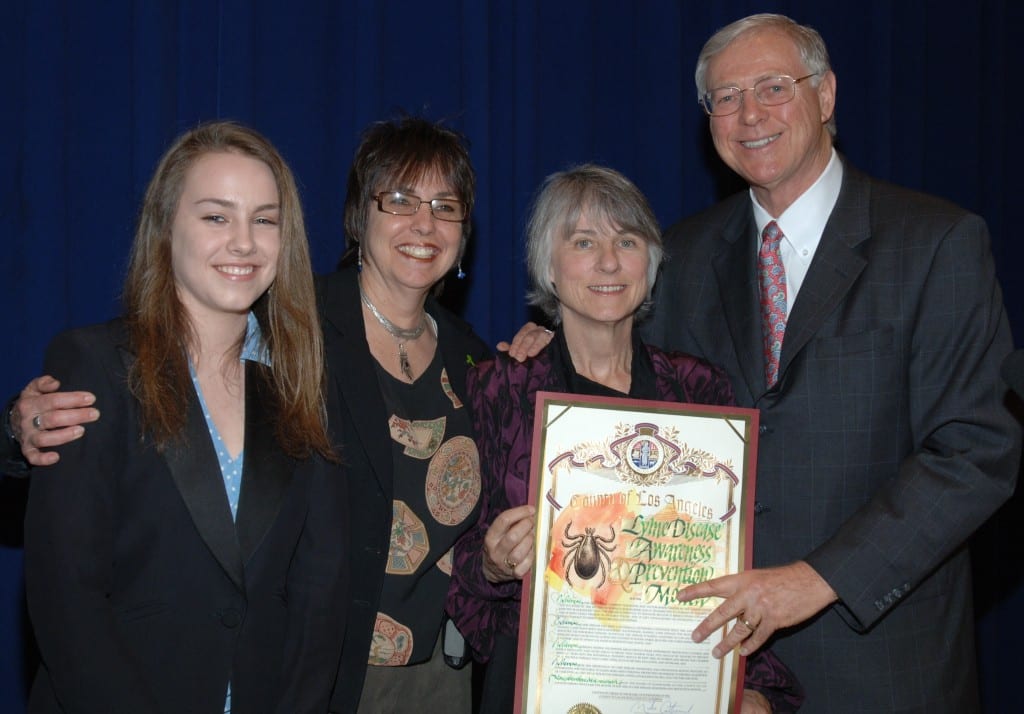 May is Lyme Disease Awareness Month. One way for you to raise awareness in your region is to ask your local or state government to create a proclamation.

This accomplishes several goals at once. First of all, it’s an opportunity for you to educate local officials about how much Lyme disease is affecting their constituents. Next, issuing the proclamation is a newsworthy event, and might help you garner news coverage in your town. Furthermore, you can post about the proclamation on social media–perhaps with the picture of you and your official holding it.

Here’s an excellent example.  The Oregon Lyme Disease Network approached Governor Kate Brown, and look what happened. (We especially like the part that mentions “New science and testing guidelines….”)

And here’s one from Dutchess County, New York. 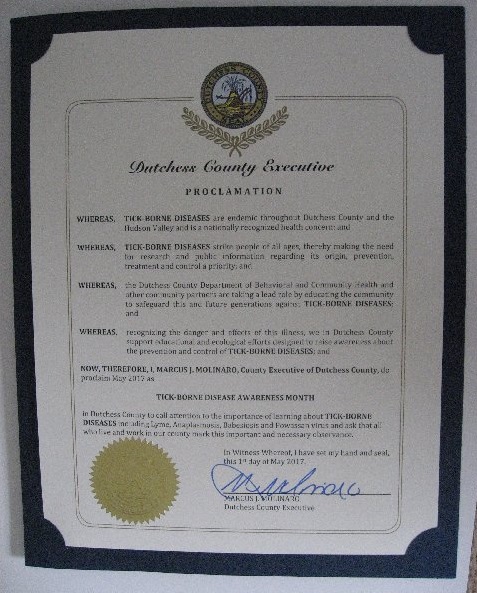 If you would like to do this in your area, the following guide will help you through the process of creating a proclamation. (State governments usually require a lead time of several months—so mark it on your calendar for next year. However, local governments typically have a shorter lead time.)

The Simple 4-Step Process on How To Do a Proclamation

Outline: How to Write a Proclamation

Write Reasoning Statements. List 4-8 reasons behind your proclamation. Keep it at a high school reading level and limit it to one legal-sized piece of paper. Start each statement with “Whereas,” followed by the reason. (click here for Lyme Facts)

Write the Proclamation Statement. Explain what you are proclaiming, based on the above-listed reasons. Start the sentence with “Now, therefore.” It should be written in the first person.

Add A Personal Invitation. After the proclamation statement, personally invite readers to support and participate in your proclamation.

WHEREAS, Lyme disease is the fastest growing vector-borne disease in the United States caused by the bacterium Borrelia burgdorferi, and is transmitted by the common black-legged tick found in nearly one-half of all U.S. counties;

WHEREAS, Ticks that carry Lyme disease can also carry at least 15 other pathogens, many of them transmitted within minutes of being bitten, with one painless tick bite frequently resulting in multiple infections including bacteria, parasites, and viruses;

WHEREAS, The risk of contracting Lyme disease can be year-round, the nymphal ticks, which are the size of a poppy seed, are most active in the Spring. Tick bites are nearly painless, with fewer than 50% of patients with Lyme disease able to recall a tick bite and fewer than 50% reporting a “bull’s-eye” rash;

WHEREAS, Lyme disease infects more than 300,000 people annually in the United States, yet testing for Lyme disease remains only 50% accurate, with the average patient going two or more years before getting a proper diagnosis;

WHEREAS, Lyme disease is an underreported illness, therefore the actual number of people with Lyme disease in (Anytown) is likely 10 times the reported number of cases, (insert a few facts about tick borne diseases in your state here);

WHEREAS, Lyme disease is a complex, multi-system illness which if caught early can be easily treated with antibiotics, but if left untreated can invade the nervous system, heart and multiple organs of the body causing years of pain, suffering, severe disability, and even death;

WHEREAS, Children are at the highest risk for contracting Lyme disease, it is the responsibility of every community to educate the public about the signs, symptoms, treatment, and how to prevent Lyme disease.

NOW, THEREFORE, be it resolved that I, [Government official of Anytown], do hereby proclaim May 2017, Lyme Disease Awareness Month throughout Anytown, USA.

I encourage all community members to take advantage of the resources available to them from LymeDisease.org and (name of state or county vector borne disease division) and help to spread Lyme disease awareness and prevention education.

IN WITNESS WHEREOF I hereunto set my hand and cause the Seal of Anytown to be herein affixed.

If your organization has an official seal, include it as well.