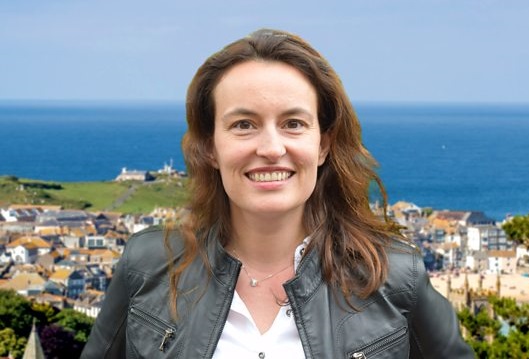 Like many in the Lyme community, my ears perk up when TV or radio shows mention Lyme disease.

Sometimes it’s just a toss-off line, played for laughs (such as in Madgascar or Friends.)

Sometimes, it’s woven into the story line (like in Season 1, Episode 14, of New Amsterdam, or this golden-oldie from “Curb Your Enthusiasm.”)

I recently learned that “Latvian Locum,” a BBC radio drama, has an episode that centers on Lyme disease.

(“Locum” is a term for a doctor who fills in for other doctors who are on vacation or when there is a physician shortage. In this series, actress Dolya Gavanski stars as Dr. Dace Zake, a GP from Latvia working as a locum in Britain.)

Intrigued, I listened to the first episode of the first season, just to get a feel for the characters. I liked it and it made me want to hear more.

Then, I tuned into Season 2, Episode 4, the one about Lyme disease. I think they did a pretty good job of it!

“Latvian Locum” is the creation of Ben Cottam, a comedy/drama writer and producer for the BBC. I asked him via e-mail what prompted him to include a story about Lyme disease.

It felt important to cover Lyme disease in this series as it’s an issue that’s all too frequently ignored in medical drama… I imagine this is because until relatively recently it was fairly uncommon in Britain, with most people wholly unaware that it was transmitted by tick bites.

With the second series being set in rural Cornwall, it seemed like the perfect setting for such a story line to take place, especially as the south west of the UK is one of the areas where Lyme disease infection is most on the increase.

As a keen walker in the countryside, who has heard of local cases of Lyme disease (and have had on occasion to remove ticks, examine tick bites and seek antibiotics), I am perhaps a little more aware of the issue than some people, so was especially keen to do what I could to get more information about infection and treatment out there.

If just one person is better aware of what a bull’s-eye rash on the skin might signify and seeks treatment all the sooner, then it will very much have been worth it!

Ben works on other shows as well, for both TV and radio. Here’s hoping that more Lyme disease awareness will be featured in the future!

TOUCHED BY LYME is written by Dorothy Kupcha Leland, LymeDisease.org’s Vice-President and Director of Communications. She is co-author of “When Your Child Has Lyme Disease: A Parent’s Survival Guide.” Contact her at dleland@lymedisease.org.

Tags : Lyme disease in the UK