Knocked for a loop, he’s fighting back 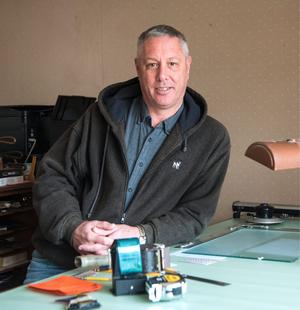 In the summer of 2001, Chris Corrie took his oldest son on a week-long fishing trip to central Canada.

Each day, they hopped into their rental boat, followed some friends who had gone up with them to a new location on beautiful Lake of the Woods and fished for walleye.

One afternoon, they docked on a tiny island with a hunting cabin and got out to stretch their legs. Then they headed back to camp, where Corrie lay down to take a nap.

It was then that he felt a sting on his chest. When he looked down, he saw a tick no bigger than a pinhead.

“I wondered if it was one of those weird Lyme disease ticks,” the Monticello man recalled. “I picked it off and killed it and didn’t think anything more about it.”

That is, until he started getting sick. READ MORE.