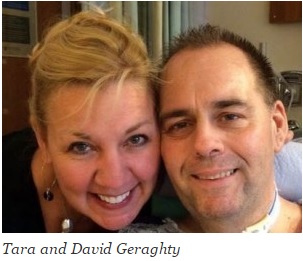 On Dec. 22, three days before Christmas, 55-year-old David A. Geraghty died from complications of a supposedly rarely fatal infection: Lyme disease. As reported in The Valley Breeze, a Lincoln, R.I. newspaper, Geraghty and his family found out conclusively that he has had Lyme disease just one year ago, last December.

As was the case for me and is not uncommon in other cases of Lyme disease diagnoses, it was Geraghty and his wife — not his physicians — who pushed for investigation into the cause of his illness and ultimately were responsible for discovering that Lyme disease was at the root. READ MORE.