A bold plan against Lyme and other tick-borne diseases 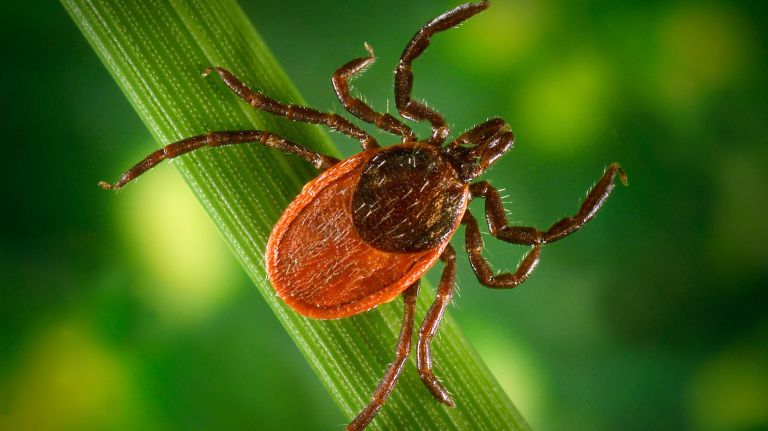 We need a national public-private strategy that abandons our current low-impact approach to diseases brought by ticks.

If you have not yet suffered with Lyme disease or one of the illnesses associated with the bite of a tick, you probably know someone who has — or who will. This growing public health threat requires a strong national response that advances research to improve prevention, diagnostic testing and treatment.

Specifically, we need a multibillion-dollar, national public-private partnership — an initiative that must address more than just Lyme disease and must go beyond the current low-impact strategy of telling the public to beware of ticks, wear white socks or shower after being outdoors.

The partnership should include federal agencies, pharmaceutical companies, state health departments, universities, laboratories and medical centers. And it should include patient representatives.

This is a serious threat. Diseases carried by ticks can cause life-altering disorders — joint and muscle pain, permanent neurological disorders, profound fatigue, memory loss, headaches and death. And the societal and treatment costs of these illnesses and lost productivity is in the billions.

Although Lyme disease is the most prevalent and best known of the various diseases ticks can transmit to humans, the Centers for Disease Control and Prevention lists at least 13 illnesses caused by ticks. The CDC has reported a dramatic increase in all tick-borne diseases.

Lyme disease cases have grown from the first identified case in 1975 to more than 300,000 new cases per year. Other tick-borne diseases have increased by more than six-fold between 2004 and 2017, from about 2,700 cases per year to more than 16,000. The CDC has acknowledged that “the United States is not fully prepared to control these threats.”

The first priority to prevent tick-related illnesses, regardless of cost, is to develop a vaccine against all tick-borne diseases.

A second priority is to improve diagnostic tests. Currently, treatment decisions hinge on the results of blood tests that more than 50 percent of the time can’t accurately identify patients who have Lyme disease, discriminate between active infection or past infection, or identify the presence of other tick-borne illnesses.

Based on the results of current blood tests, medications may not be prescribed to people that would be helpful, or they may be provided with unnecessary medications. From a health care perspective, this is unacceptable.

A third priority is to improve environmental control measures, such as more effective yet safe tick-killing products, repellents for humans and pets, and new approaches to landscape barriers that go beyond mulching the perimeter of one’s lawn.

Barriers include anything from fencing to keep out animals that carry ticks to anything that creates separation between wooded or high-grass areas and those areas where people play or work outdoors.

The Tick Borne Disease Working Group, created by the U.S. Department of Health and Human Services, submitted its report to the HHS secretary and Congress in December. Now, the public must demand that its recommendations — filling gaps in the areas of prevention, diagnosis, and treatment — be approved at a faster pace.

The occurrence and consequences of tick-borne diseases are increasing and this increase will continue unless we find big solutions to this big problem.

Barbara Keber, MD, practices family medicine in Glen Cove, NY, and is president of the New York State Academy of Family Physicians. Holly Ahern is an associate professor of microbiology at SUNY Adirondack, and was a member of the Testing and Diagnostic Subcommittee of the Tick Borne Disease Working Group.