TOUCHED BY LYME: How iphones can mess with your head 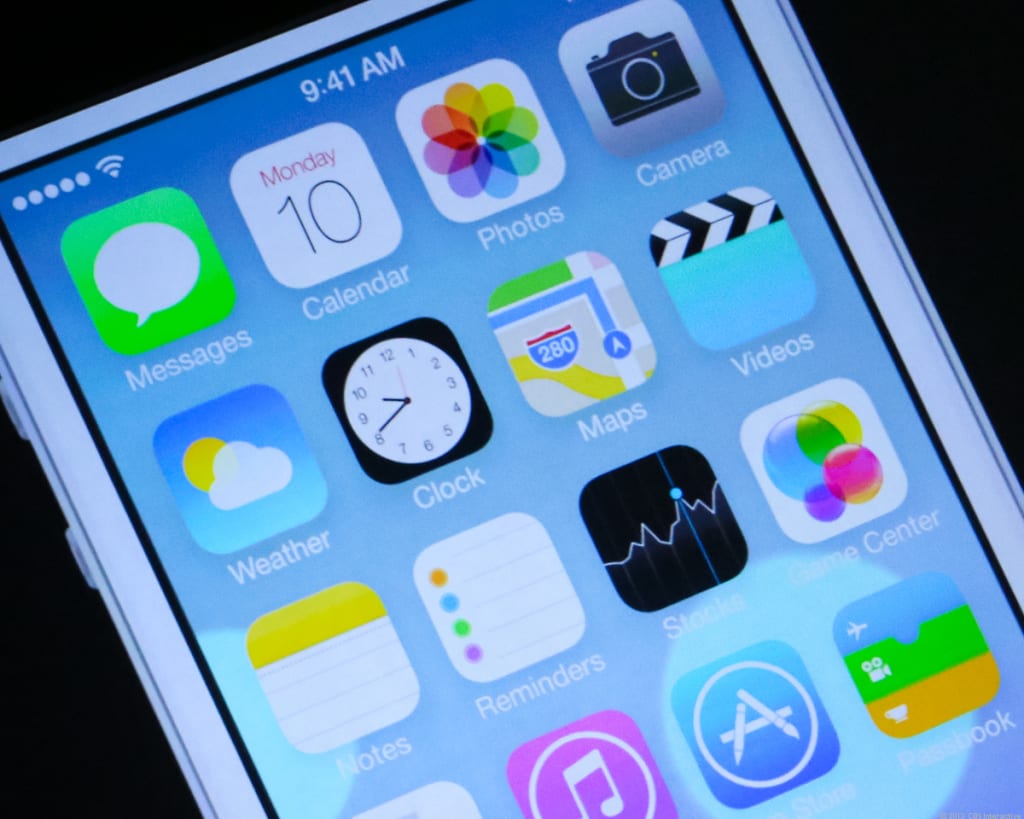 Yesterday my Facebook status read, “In a stunning win for neurologically impaired iphone users everywhere, the latest update gets rid of the whooshing and zooming feature! BEST. UPDATE. EVER.”

While this announcement may have seemed melodramatic to some, I’m confident that late-stage Lymies and other patients with various neurological ailments were equally appreciative that the update to iOS 7.0.3 meant a downgrade from the vertigo, dizziness, nausea and brain fog we’d all been experiencing for the last couple months.

Unbeknownst to users before upgrading, iOS7’s design included apps that “fall in,” creating a flying effect each time a user switched screens. For most users, this feature was simply a cool step for technology that is increasingly fast and animated. For all of the people who complained to Apple that their new phones were making them sick—no doubt many of them Lymies—the feature forced us to face flashing animation that we otherwise work hard to avoid.

Like many setbacks, however, this one ultimately resulted in two steps forward: Apple provided a solution, and, perhaps more importantly, the forum through which users complained allowed patients to give voice to symptoms that are often invisible. Physical symptoms of fever, joint aches and fatigue can be hard to explain to people who say, “But you look great.” Bridging the gap between what’s happening on the inside and what presents on the outside is even harder when it comes to the neurological symptoms of tick-borne disease.

When I was first diagnosed with Lyme and co-infections, I didn’t even know they could manifest neurologically; I find the same is true for many people who have a basic working knowledge of straightforward cases of Lyme (bull’s eye rash, early diagnosis and treatment). The scariest aspect of these diseases—and the one that needs the biggest awareness campaign—is what can happen when TBDs aren’t treated quickly or effectively, when they reproduce and spread and ultimately cross the blood-brain barrier.

“The what?” classmates in my creative writing class asked when I recently mentioned what had happened when my own infections crossed that barrier. They were both fascinated and horrified to learn that the blood-brain barrier is meant to protect the brain from bacterial infections, and that once Lyme disease crosses it, the infection becomes virtually impossible to cure. The key is to catch and treat tick-borne diseases before they have the opportunity to invade the central nervous system; once they do, the bacteria and parasites burrow deeper and deeper, hiding from (and necessitating) intense treatment.

Neurological Lyme disease can manifest in different ways. At the most extreme, it can cause paralysis, seizures or schizophrenia. I was personally plagued with insomnia, hallucinogenic nightmares, brain fog, word and song iteration, a burning sensation in my extremities, and hypersensitivity to sound and motion. All of these symptoms were the result of a nervous system gone haywire, and they made doing “normal” sick things impossible.

Friends would ask if I had watched any good movies, or read any books. Just reading one paragraph of a tabloid magazine made my brain feel so full that I thought my head might burst. I’d try to look at pictures of George Clooney vacationing on his yacht, but even those images were too vivid for my aching head.

Before long the buzzing line of a migraine would creep over my left eye, across my sinuses, along the back of my neck, covering that whole hemisphere of my head in such a way that I wished I could slice it off and put it on the nightstand. Movies and TV were out of the question. The flashing pictures on the screen felt like an assault on my brain, increasing the running songs and racing thoughts and mixed up images that I couldn’t process.

Now that I am in remission, these symptoms have mercifully abated. Gone are the days when I couldn’t even read a magazine; now I can read books (and many of them, for school!), write papers, send emails, and even go to the movies. I just have to do those things within my new limitations, which means listening to my body and brain and backing off when something is too much for me.

In addition to pacing my physical exertion, taking naps, and getting adequate sleep, I’m also careful not to read too much at once, to monitor how long I spend on the computer, and to look down during particularly intense TV scenes. I step out of movie theaters during previews, which are especially loud and fast-paced. And I stay away from flashing, zooming screens.

This last one became impossible with the new iphone software; I found myself closing my eyes every time I turned on my phone, or tried to make a call. But now, thanks to the latest update, I can open my eyes when I send a text. I can continue to try to open others’ eyes about the neurological dangers of mis-or-untreated tick-borne illnesses. And I can do it all with a calmer, happier brain.

Now that’s an update worth liking.