LYME SCI: Tick infection rates as high as 31% in some coastal areas of California 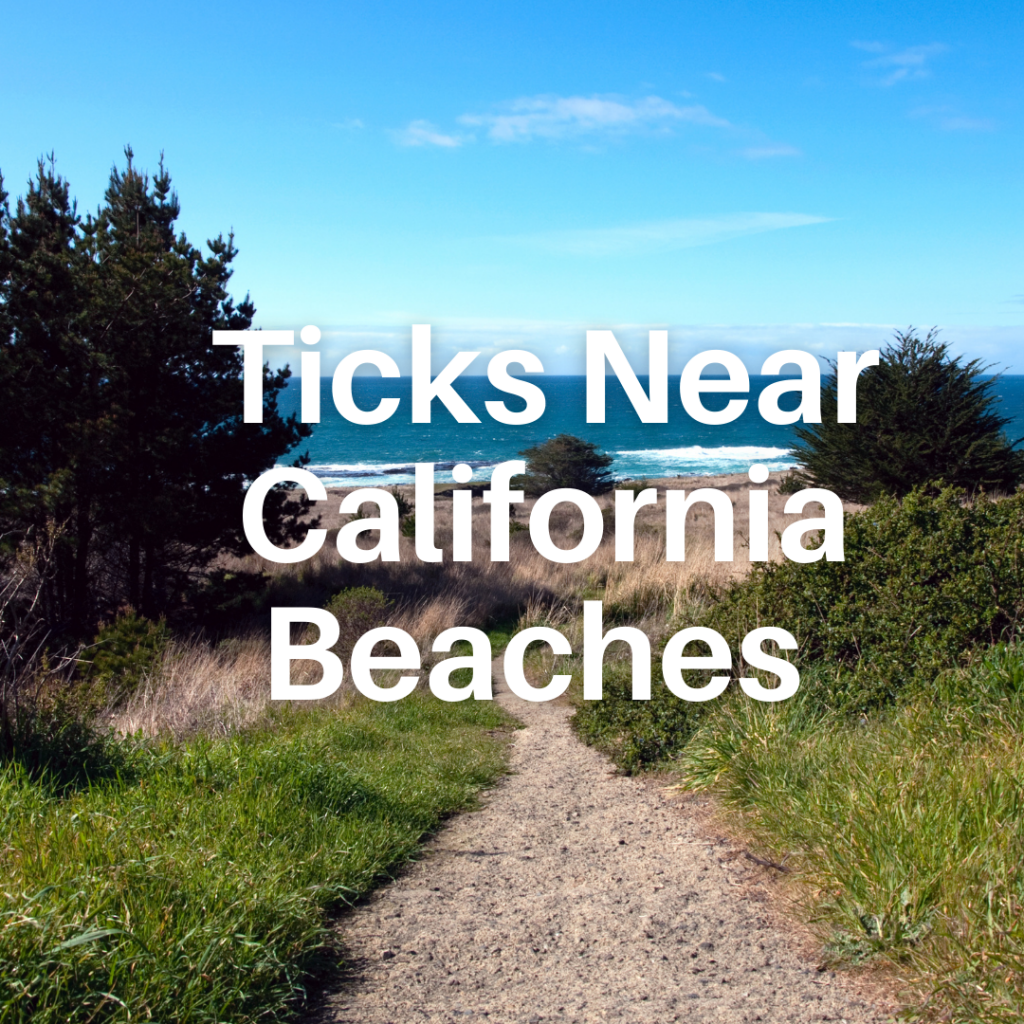 Heading to the beach this summer? Don’t forget the sunscreen and tick repellent! New research reveals those nasty little pests have been hiding out in yet another favorite location—sunny California seashores.

Daniel Salkeld, PhD, from Colorado State University said, “The high rate of disease-carrying ticks in the coastal chaparral was really surprising to us.” Partly because the grey squirrel, which has been known as the primary tick host in northwestern California, doesn’t live in coastal areas.

When most of us think about ideal tick habitat we picture tall grass, leaf litter or wooded areas. Most would never think to protect themselves from ticks when heading to the beach.

In fact, Lyme and Old Lyme Connecticut, the area where Lyme disease was first discovered, is a coastal community with miles of shoreline, tidal marsh, and inland wetlands—all prime areas for Ixodes scapularis, aka deer tick. (Steere, A.C.,1977)

Dr. Kirby C. Stafford III, Chief Scientist/State Entomologist at the Connecticut Agricultural Experiment Station (CAES) tells me, “Blacklegged ticks here are found in shore areas, but would not be on the hot sands of the beach itself. However, the grasses and low shrub present near dunes or even high shrub walking to the sands proper would be a risk.”

While coastal ticks may be common knowledge on the East coast, I can tell you as a native Californian, it’s not something I had ever considered. Until now.

Over a four-year period, Salkeld and his researchers collected thousands of ticks in public and private areas in seven counties around the San Francisco Bay Area: Marin, Mendocino, Monterey, Napa, Santa Clara, Santa Cruz and Sonoma. Ticks were collected from woodlands and grasslands, as well as coastal chaparral—a habitat not previously studied in California. (Salkeld, D.J., 2021)

(Chaparral is a geographic landscape found primarily in the Western U.S. from Southern Oregon to Northern Baja, Mexico. The foliage of the chaparral is shaped by mild, wet winters, and hot, dry summers. It consists mainly of coastal sage, and low lying “scrub”—drought-tolerant plants, bushes, poison oak, grasses, herbs, berries, and trees.)

The problem with “average”

And that’s not all. In other areas, the infection rate of B. miyamotoi in nymphs was actually higher than in B. burgdorferi –as much as 17.8%. Although B. miyamotoi disease is not a reportable disease in California, recent serological studies indicate that people occasionally are infected with it. (Krause, 2018) (Borrelia miyamotoi is a relapsing fever-group species of Borrelia that causes a Lyme-like illness not detected by standard testing for Lyme disease.)

In addition, the researchers found two other species of Borrelia (B. americana and B. bissettiae), plus a fair amount of Anaplasma phagocytophilum. Furthermore, because these researchers were testing ticks for up to five species of tick-borne bacteria, they discovered at least one area with a collective infection rate of 31%. Thirty One Percent!

“Previously, we, along with other researchers, may have missed the big picture when we focused our attention on investigating the risk of one pathogen at a time. Now, we have a new imperative to look at the collective risk of all tick-borne pathogens in an area,” says Salkeld.

But just because ticks were found in some areas doesn’t mean every part of California will have ticks.

As Thomas Mather, PhD  (a.k.a. “The TickGuy”) at the University of Rhode Island explained to me, factors like temperature, landscape, humidity, and host behavior will affect how, when and where ticks will seek their next blood meal. Because these factors vary greatly across North America, there is wide variation in how blacklegged ticks behave from North to South.

As an example, Dr. Mather says “the same blacklegged tick we find on the upper East coast also lives in Texas, but their behaviors couldn’t be more different. For example, nymphal ticks in the south rarely emerge from the leaf litter making them less likely to come in contact with humans.”

The same is true in California, where Professor Robert Lane of UC Berkeley and his co-authors reported in 2013 that I. pacificus nymphs in southern California seldom host-seek (quest) above ground in areas of leaf litter, like they do in northern California. (Lane, RL, 2013)

“Hence, there is a latitudinal gradient in different questing behavior by nymphs of the western black-legged tick analogous to what has been observed for I. scapularis nymphs in the East,” says Lane.

This means the risk for Lyme disease is not the same across all counties in California, However, when you average the rate of infected ticks across all 58 counties, the ratio drops below 1%. This misleading figure could give a false sense of security to those in northwestern California.

This is especially problematic since the CDC only tells the public to watch for “deer ticks” found in 14 Eastern states where Lyme disease is deemed “high incidence.”

Hopefully, this summer as you head to the beach, you will realize that outdoor activity has different levels of risk for contracting Lyme disease depending on your location.  We also now know that California coastal chaparral can no longer be considered a safe haven from ticks.

As always, protecting yourself and your family from ticks is critically important. I encourage you to download, print and share a copy of our new 10 Outdoor Safety Tips.