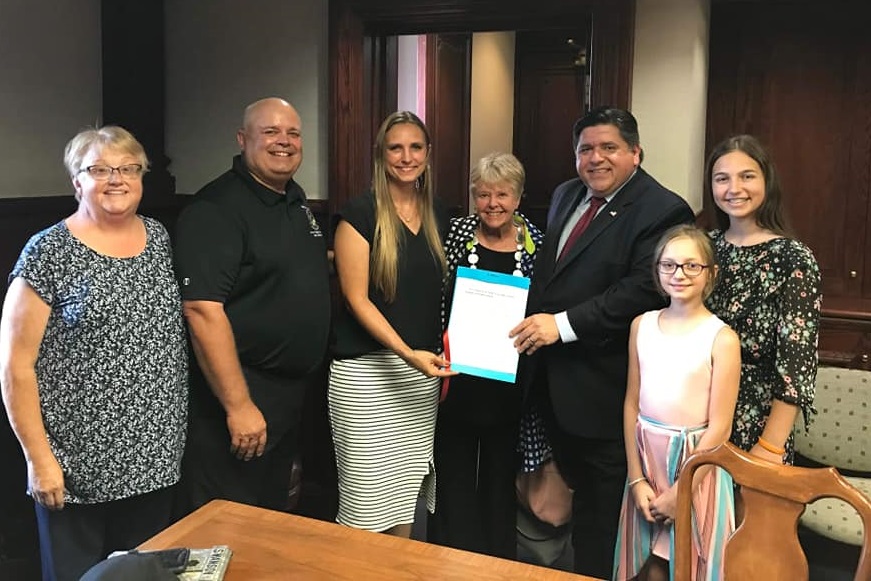 Governor JB Pritzker has signed two new laws expanding insurance coverage in Illinois. One is for people suffering from Lyme disease, and the other is for children whose allergies require life-saving EpiPens.

“This legislation takes a big step forward in protecting our children and families,”Pritzker said.

“Both of these new laws fulfill a core principle of this administration: state government ought to be standing up for working families. Lowering the cost of prescription drugs and expanding health care coverage is one important way to help lower costs and build a higher standard of living for all Illinoisans.”

Taking effect January 1, 2020, the new law aims to support those throughout the state who have struggled to afford continuing treatments. From 2004 to 2016, tick-borne diseases have risen dramatically according to the Centers for Disease Control.

“The ability to receive treatment when you have previously been insufficiently treated is life-changing,” said the bill’s sponsor, Rep. Daniel Swanson of Woodhull.

“By mandating insurance coverage of long-term antibiotic treatment needed for patients, we are putting another piece of the puzzle into place for some patients and removing one additional hassle on their path to recovery.”

The governor has also signed House Bill 3435, which requires insurance companies to cover epinephrine injectors, most commonly prescribed as EpiPens, for children with severe allergies.

The cost of an EpiPen has skyrocketed over the last decade, rising by more than 400% for the two-pen injector pack. Without insurance, these EpiPens can cost a family nearly $700 and typically have a shelf life of a little more than a year before the medicine needs to be restocked in stores. The law takes effect on January 1, 2020.

“With steady increases in food allergies and other serious allergic conditions, families are relying on EpiPens more than ever before,” said Sen. Julie Morrison of Deerfield.

“We should be doing everything we can to expand access to affordable lifesaving drugs and medicines. No child with a serious allergy should be without an epinephrine injector because they cannot afford one.”

Press release source: Office of the Governor of Illinois