IDSA lawsuit: Patients may have to undergo independent medical exams 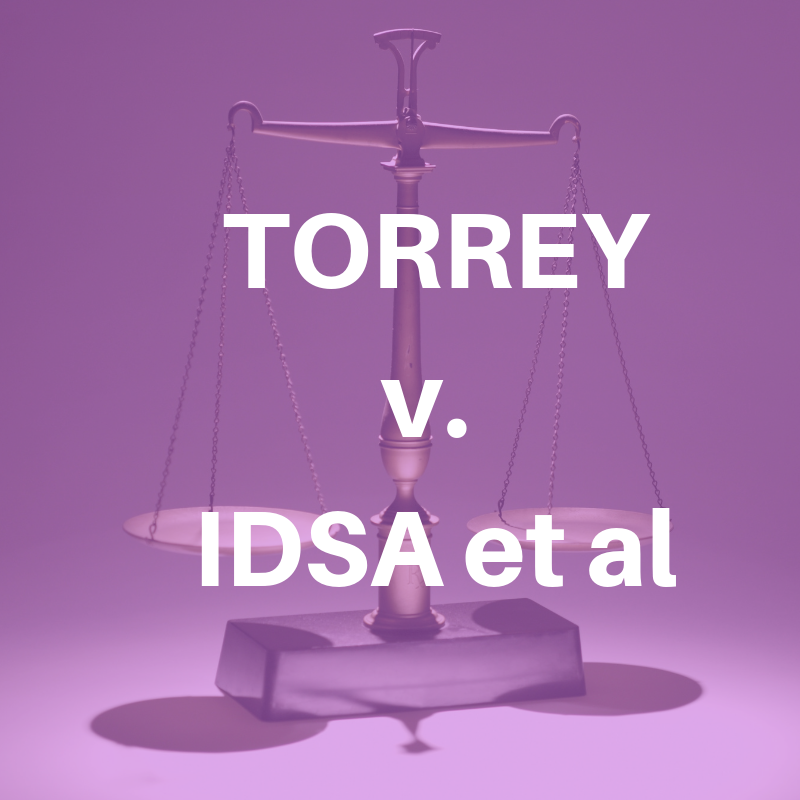 Patients who are suing over alleged denial of care for long-standing Lyme disease may have to submit to medical examination to prove their conditions, a federal judge ruled in a hearing in Texarkana, Texas, federal court.

The ruling hits on a pivotal issue in the potentially groundbreaking case in which 25 living patients and the families of three who have died claim the Infectious Diseases Society of America and six physician-researchers conspired with eight insurance companies to limit Lyme disease treatment.

At the hearing March 11, the court gave conditional OK for the independent medical exams or IMEs, but ordered narratives showing that “good cause has been demonstrated for each IME sought.”

The defense subsequently submitted 29 sealed documents in the names of 24 patients.

In another filing, the defendants made clear that they will use patient tests and diagnoses to assert the patients do not have Lyme disease.

According to the defense, “These [patients’] records establish that the question of whether these Plaintiffs are currently suffering from Lyme Disease or so-called ‘Chronic Lyme’ Disease is in controversy as they have received multiple negative test results … and/or have received different diagnoses (not including ‘Lyme Disease’) related to the same constellation of symptoms,” including fibromyalgia, Epstein-Barr virus, and “genetic maladies.”

Lyme disease tests have long been known to be inaccurate, with evidence growing of the pathogen’s ability to subvert immune responses on which the test is based – an issue that is likely to be argued in the lawsuit.

The hearing in Torrey v. Infectious Diseases Society of America et al also focused on several other contentious issues that will define the scope of the proceedings — and its chance of prevailing. At this point, the lawsuit is still scheduled for a trial in late June.

Other rulings by the judge

Among the hearing’s other outcomes:

On the issue of discovery, the defendants noted pointedly they have not refused to provide documents. In a slide presentation which was posted after the hearing, defense lawyers acknowledged documents weren’t given — because there were none:

“What Defendants did not produce are any documents that purport to show:

The slide ended with the statement, highlighted in red by the defense side: “Such documents do not exist.”

In another development, the two sides agreed on the scope of emails to be turned over in which patients discussed their Lyme conditions. It was not immediately known what search terms were accepted.

After the hearing, the court posted slides on pending defense arguments: That claims against the six named physicians should be dismissed based on a lack of jurisdiction; that 11 plaintiffs should be deposed (which the Torrey attorneys disputed pending resolution of the discovery issue); and that the Torrey side has failed to comply with a court deadline to prove the case qualifies as a claim under the racketeering law, or RICO.

Click here to read documents filed in the case, including the lawsuit, assorted motions, the slides referred to above and a summary of the hearing.

Mary Beth Pfeiffer, an investigative journalist, is author of “Lyme: The First Epidemic of Climate Change.” View, comment on and share her TEDx talk on the scourge of ticks.