What to do when Lyme disease triggers “complex PTSD” 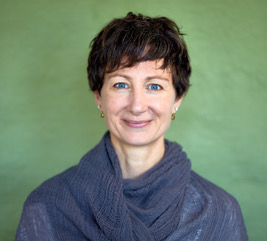 Recently I spoke with my medical intuitive, Adrienne, on the phone. Yes, I know—how California! But this lovely woman has helped me more than anyone else on my journey toward Lyme remission.

With Lyme disease, you take a leap of faith with every new treatment. Will it help? Will I herx? Is it a Herxheimer reaction (a flare up of symptoms due to bugs dying off) or does my body just hate that herb? My intuitive answers these questions for me beforehand – saving me money, time and hours spent in misery.

I told Adrienne my symptoms are almost gone – fingers crossed – but that my brain still falls apart midday. It feels like an electrical shut down: synapses slow, thoughts muddy, I’m likely to stand in a room wondering why I came in. All I can do is fall asleep for an hour to reset, and this really puts a damper on my work schedule. What gives?

Adrienne told me my brain looks like that of someone with PTSD. She said I needed to retrain my brain midday, wire it slowly back to feeling safe and alert. She told me to do some research, and we’d talk again later.

With Post Traumatic Stress Disorder, traumatic events disrupt the structure and function of the limbic system – a complex brain structure responsible for basic emotions and drives – in particular the amygdala.

The two are described as ‘fight or flight” versus “rest and repair.” The limbic system chooses which system is dominant at any given time.

The amygdala is an almond-shaped structure in the center of the brain, involved in emotional processing, especially fear and anxiety. The amygdala regulates autonomic response to danger, real or imagined.

If it gets wind of a giant spider, for instance, it sends a signal to the hypothalamus – another part of the limbic system. The hypothalamus floods the body with a cascade of neurotransmitters and hormones, triggering a fight-or-flight response. Adrenaline and cortisol shoot up. Breathing speeds and the heart races. Blood rushes to large muscle groups, preparing us to scream and dash to the other side of the couch. In response to a real threat, the sympathetic nervous system is a boon – making us hyper alert, faster and stronger.

With PTSD, however, benign events trigger memories of past trauma. The limbic system of people with PTSD becomes chronically hypervigilant, stuck in a fight-or-flight state.

Symptoms can include nightmares, anxiety, flashbacks, avoidance, rage, depression and exhaustion. These are autonomic responses, not conscious. They’re beyond our control.

Before anyone knew I had neurological Lyme disease, a naturopath (my cousin) told me I had PTSD. The symptoms were so similar. I would wake up at 3am from some horrible nightmare, my heart racing. Floods of adrenaline would release in my belly, over and over, to the point where all I could do was huddle on the toilet and wait it out.

My symptoms matched those of PTSD, but I hadn’t been traumatized. My cousin thought the dual demands of mothering small kids and running my business were the cause – that women are unfairly burdened by the supermom ideal. She wasn’t completely wrong – these demands had taxed my immune system to the point where I was vulnerable to Lyme. But she missed the real root cause, the bacteria in my brain trying to eat me alive.

Though I can’t prove it, it makes sense that the limbic system could lock into a pattern of fight or flight in response to a brain infection. What on earth is scarier than bacteria eating your brain? I had no idea this was happening to me at the time, but my brain did, and it was understandably freaking out.

Now, after a year and a half of great treatment, this pattern still lingers. I’m mostly fine at 3 a.m, but exhausted at 3 p.m. I startle easily. I sleep lightly and sometimes have nightmares. (Last night a tidal wave was coming down my city block as I held my 8 year old piggyback.) My limbic system still needs help feeling safe.

As I looked around, it turns out many people with Lyme disease write of PTSD-like symptoms. Also, psychologists are discussing how long-term stress, including serious illness, can lead to PTSD, or at least a similar limbic system disorder. Some are advocating for a diagnosis called Complex PTSD in these cases.

It seems clear to me that sufferers of chronic illness can develop stress disorders, whatever you want to call them. Chronic illness is traumatic. We often feel powerless and afraid of what the future holds.

We warriors need tools to rewire our limbic systems. We need help calming our amygdalae down. Rest and repair on a deep, autonomic level is critical to wellness. Our bodies heal in this state, down to the cellular level.

Luckily our brains are plastic (able to be re-shaped), and we can take steps to help them reorganize. Beyond traditional therapy, there are other options to heal PTSD patterns in the brain.

Sound healing is one avenue worth exploring. All the combined neurons in our brains, working together, generate electromagnetic wave patterns that correspond to different states of consciousness. The beta state, a somewhat stressed-out waking state, creates relatively quick waves of electromagnetic energy.

In the alpha state, waves are slightly slower. This is where we are supposed to spend most of our waking moments – in calm, focused flow. (Anyone else feel like modern life pushes us toward a beta state instead?)

By sending sound waves through your brain, you can guide your brain’s electromagnetic waves into slower, more relaxed states – gently rewiring patterns of chronic stress. The brain will tune to a dominant stimulus, like sound, and adjust its waves to resonate. Whut??

Dr. Jeffrey Thompson, owner of the Center for Neuroacoustic Research, has been working with sound healing for many years. I ordered a special sound healing device from him specifically for PTSD. (We’ll see how it goes.)

There are also myriad tracks on YouTube and the like using binaural beats to bring the brain into slower resonant frequencies (for free!). My favorites so far are by Brain Garage. I have been taking afternoon naps while playing their binaural tracks tuned to delta hertz. They do seem to guide me to dreamless sleep, which is a hard state for me to achieve on my own.

To be fair, meditative humans have been playing with sound and consciousness for probably all of human history. Shamanic drumming ceremonies help induce trance-like states through rhythm.

Chanting, found in many spiritual traditions, does something similar. Singing, especially in a group, vibrates the body deep within, likely with healing effects. Instruments each have their own resonance.

No wonder we love live music! Once you go down the rabbit hole of sound healing, the possibilities are endless – and many artists and teachers hold live sound healing events.

Lately, I have experimented with chanting or humming while holding the intention to vibrate my amygdala. This is not an exact science. I just imagine the vibrations traveling to the center of my brain, and my amygdala beginning to resonate.

This practice is both calming and sort of euphoric – in part because it feels silly and fun. But why not? “Om” has been around for centuries for a reason, and chanting happens to be free. Why not send the benefits in the amygdala’s direction?

These brain changes don’t happen overnight. I have been diligently working on my limbic system for almost two years now, ever since taking Annie Hopper’s DNRS brain training workshop on DVD. She requires an hour of daily practice.

It’s work! But you can get creative with it. The reason we call ourselves warriors is that we tackle true wellness every day. We are all healing together, supporting each other, facing our challenges with grit and grace.