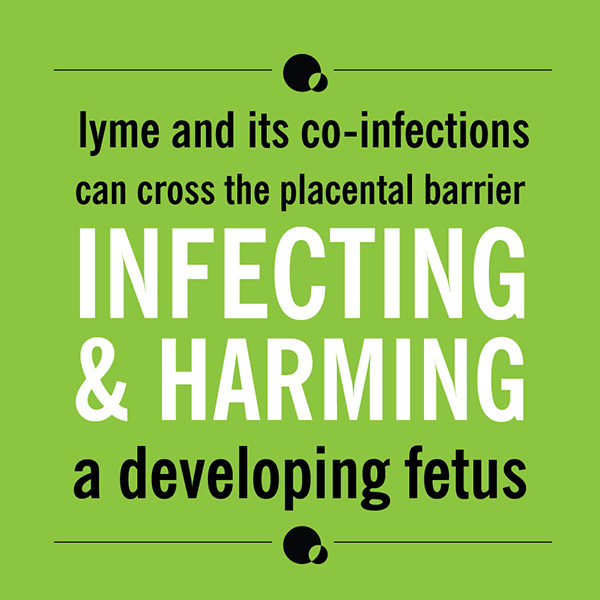 In response to a complaint filed by the Patient Centered Care Advocacy Group (PCCAG), the Infectious Diseases Society of America (IDSA) has removed the publication, Ten Facts You Should Know About Lyme Disease, from its website.

The removal comes after IDSA leadership was informed that the document contained an inaccurate statement that “Lyme disease is caused by bacteria called Borrelia burgdorferi that is only transmitted to humans when they are bitten by an infected tick.”

According to PCCAG President Bruce Fries, who sent the retraction request to IDSA on May 12:

“This statement is inaccurate. It is well documented that Lyme disease can be transmitted from mother to fetus and lead to adverse birth outcomes.”

Transmission of B. burgdorferi from mother to fetus in humans has been documented with Borrelia spirochetes identified in fetal tissues/and or placenta by various methods including culture, immunohistochemistry with use of specific monoclonal antibodies, indirect immunofluorescence, PCR and microscopy.

The US Department of Health and Human Services (HHS) Tick-Borne Disease Working Group (TBDWG) notes that Lyme disease can be transmitted to a developing fetus in utero and highlights maternal-fetal transmission as a concern affecting special populations (i.e. pregnant women and their unborn babies).

The TBDWG 2018 report to Congress includes the following statements, with supporting references from peer-reviewed scientific sources:

The TBDWG 2020 report to Congress includes the following recommendation:

According to Fries, who also serves as an advisor for research and public policy for Mothers Against Lyme, a recently formed advocacy group, “IDSA’s publication of inaccurate information on the transmission of Lyme disease has the potential to contribute to misdiagnosis of children who were infected in utero, but whose signs and symptoms after birth are not recognized as Lyme disease, and were therefore not attributed to maternal infection with Borrelia.”

Fries points out that researchers who rely on IDSA for information may be less likely to submit grant applications for much needed research if they rely on IDSA’s inaccurate information on Lyme transmission. He notes that this is especially important since NIH recently issued a notice of special interest that encourages research on “gestational Lyme disease” and the impact of pregnancy on immune response.

The retraction request encourages IDSA to replace the inaccurate statement with the following text:

“Lyme disease is caused by bacteria called Borrelia burgdorferi that is primarily transmitted to humans when they are bitten by an infected tick. Research has also shown that Lyme bacteria can cross the placenta, both infecting and causing harm to unborn children. More research is needed to better understand the extent of this mode of transmission.”

The retraction request also encourages IDSA to inform its members about opportunities for NIH funding and research support for studies on gestational Lyme disease. It points out that this is an opportunity for IDSA to promote research that will improve diagnosis and treatment of Lyme disease in pregnant women and their offspring, rather than disseminating inaccurate information that congenital transmission does not exist.

Instead of making the correction, IDSA removed the document from its website and replaced it with links to its controversial guidelines for diagnosis and treatment of Lyme disease, which advocates say misrepresent science and restrict access to care for patients with chronic Lyme.

According to Fries, “IDSA’s retraction of this document is a step in the right direction, but much more needs to be done to address the harm of the IDSA guidelines, which include a similar false statement that congenital transmission of Lyme disease does not occur.”

It should be noted that IDSA is a defendant in a federal antitrust lawsuit that alleges IDSA and health insurers conspired to produce bogus guidelines for Lyme disease that would help the insurance companies deny coverage for long-term treatment. All seven health insurance companies reached settlements in the case. IDSA remains the sole defendant.

Click here to read the document that was removed: IDSA_Ten_Facts_You_Should_Know_About_Lyme_Disease

Editor’s note: LymeDisease.org reached out to the IDSA for comment on this issue. So far, we have received no reply.