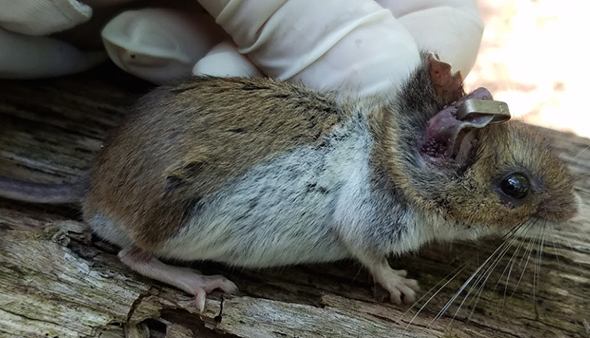 From the Cary Institute of Ecosystem Studies, July 9, 2018:

In the eastern US, risk of contracting Lyme disease is higher in fragmented forests with high rodent densities and low numbers of resident fox, opossum, and raccoons. These are among the findings from an analysis of 19 years of data on the ecology of tick-borne disease in a forested landscape, recently published in the journal Ecology.

Lyme disease is the most frequently reported vector-borne disease in the US. “Using nearly two decades of data on the forest food web, we were interested in untangling the ecological conditions that regulate the number of infected ticks in the landscape,” explains Richard S. Ostfeld, a disease ecologist at the Cary Institute of Ecosystem Studies and one of the paper’s lead authors.

Taal Levi of Oregon State University, also a lead author, notes, “Our goal was to identify ecological indicators that could be used to protect public health. By analyzing these long-term data holistically, we can tease out how changes in things like predator populations and food resources shift the community structure of the forest ecosystem, and ultimately the abundance of infected blacklegged ticks searching for a meal.” 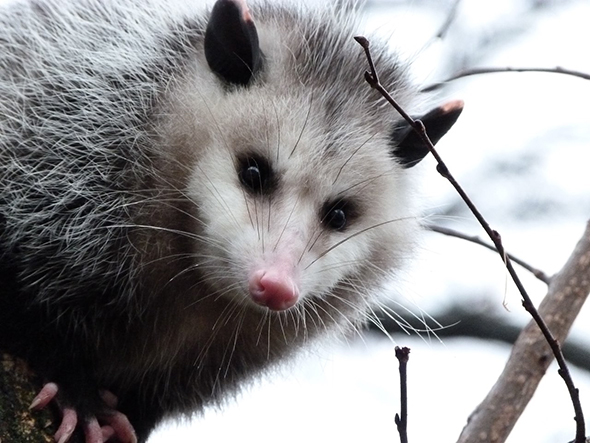 Opossums and raccoons are called ‘dilution hosts’ because they not only draw ticks away from humans, they also kill attached ticks while grooming and eat smaller mammals that feed ticks. Credit: Kara Jones

The outsized role of rodents

Blacklegged ticks take a single blood meal at each of their three life stages: larva, nymph, and adult. They are born free of the pathogens that cause Lyme disease, anaplasmosis, and babesiosis. These are acquired when they take bloodmeals from infected mammals, with white-footed mice and eastern chipmunks being the most competent reservoirs of these tick-borne diseases.

Ostfeld explains, “It’s not uncommon to see mice with fifty feeding ticks attached. They can carry huge tick burdens without having their fitness compromised. This is bad news for us, because these rodents are also very efficient at harboring and transferring pathogens to feeding ticks.”

When infected larval ticks molt into nymphs, they become a public health threat. Small as poppy seeds, nymphal ticks are easy to overlook and responsible for the majority of human Lyme disease infections.

Since the early 90s, small mammals have been monitored at six forested field plots on the Cary Institute’s grounds. Trapping occurs for several days every 3-4 weeks from May to November. Animals are tagged, documented, and released, with tick burdens recorded. Mice and chipmunks make up 90% of captures. This study reflects data from 78,146 captures of 19,299 individual white-footed mice and 15,646 captures of 3,755 individual eastern chipmunks.

Ticks and pathogens are also sampled at the sites using drag cloths. Every three weeks, from April to November, 450-meter transects of the plots are dragged, with ticks inventoried at 30-meter intervals. Drag sampling of entire plots is done twice during the nymphal peak and twice during the larval peak.

For the period covered in this analysis, 11,115 nymphs and 147,238 larvae were recorded. More than 7,000 nymphs were tested for the pathogens that cause Lyme disease, anaplasmosis, and babesiosis.

Factors influencing the abundance of infected ticks were bundled into two systems: “bottom-up” and “top-down.”

Seed baskets were used to monitor acorn production at the field sites. Oaks produce acorns in boom-and-bust cycles. Statistical analyses revealed that high acorn abundance on the plots boosted rodent populations the next year and were a reliable indicator of an increase in infected nymphal ticks two years after acorn boom years.

Ostfeld explains, “When acorn production is high, rodents feed on the seeds and are more successful at overwintering and reproducing. The spring following large acorn crops, rodent numbers increase. Questing larval ticks are more likely to feed on a white-footed mouse or chipmunk — animals that are very efficient at transmitting the bacterium that causes Lyme disease.”

As a result, high rodent density in one summer strongly correlated with high numbers of infected nymphs the following year.

Animals recorded by the camera traps included coyote, fox, bobcat, fisher, raccoon, and opossum. The team surveyed ticks at the camera monitoring sites and tested them for pathogens. They then used a statistical analysis to relate the percent of infected nymphal ticks with data on carnivore community structure and forest cover.

Coyote populations are expanding throughout the eastern US. Levi notes. “Coyotes can exclude foxes and other smaller carnivores, which should reduce predation rates on key small mammal hosts for pathogens. This can result in larger small mammal populations, reduced turnover rates that allow infected individuals to live longer and infect more ticks, and changes to rodent behavior that make questing ticks more likely to feed on rodents, amplifying the infection rates of ticks.” 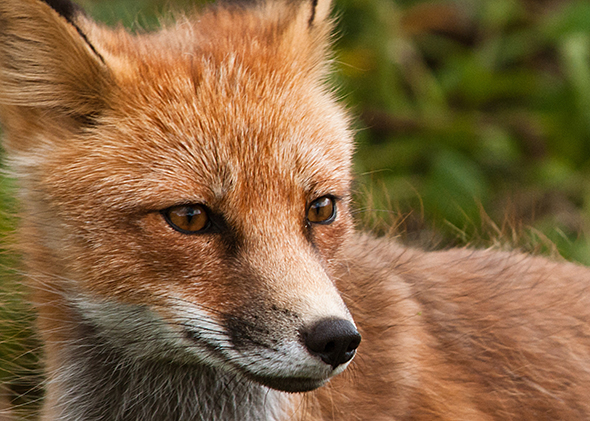 Temperature, humidity, and precipitation have been recorded continually at the Cary Institute’s Environmental Monitoring Station since 1984. The team found that climate influences tick success.

Warm, dry spring or winter weather was associated with a reduction in the density of infected nymphs. Warm, wet winters or springs did not see a similar reduction in ticks.

Ostfeld explains, “Ticks spend some 95% of their time away from hosts, on the ground. They are sensitive to drying out and need moisture to survive.”

Putting it all together

“This is the first time that we’ve synthesized the effects of bottom-up and top-down control — together with climate — on infected tick abundance. The length of this dataset, as well as the sample size of both collected ticks and captured small mammals, are unprecedented in this context,” Ostfeld explains.

The authors conclude that in oak-dominated forests in the eastern US, tick-borne disease risk is strongly tied to the fluctuating acorn supply and the structure of the predator community.

Ostfeld outlines a worst-case scenario, “If fluctuating acorn crops cause rodent populations to spike and then crash, the spring following the rodent crash would be especially risky. There would be lots of infected nymphs and fewer rodents to provide blood meals. Ticks would seek other hosts, like people. Risk increases in areas lacking predators and mammal hosts that are efficient at killing ticks, such as opossums.”

In the absence of vaccines, giving people the right information at the right time and place is critical to reducing cases of tick-borne disease.

Ostfeld concludes, “Understanding disease systems can help us refine predictions of when and where risk will be especially high. Issuing warnings based on these specific predictions, rather than broad-stroke PSAs, will hopefully counter ‘warning fatigue’ and encourage people to become more proactive in taking self-protection measures.”

Click here for more information about the Cary Institute.