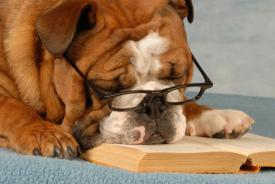 Guest blogger Liz Schmitz, of the Georgia Lyme Disease Association, analyzes the CDC's new report that correlates dog and human cases of Lyme in the US. She finds that while the concept of the report is good, its conclusions are based on flawed and subjective data.

First, the test used to detect Lyme borreliosis in the national dog study was the C6 ELISA.   Last year, a well-known researcher on the CDC’s own Lyme disease diagnostic recommendations committee confirmed that, while the C6 may be specific for particular Lyme borrelia strains, it doesn’t seem to detect others.  Secondly, although the authors admit reporting practices may be subject to bias, they then go on to rely on human case numbers reported to the CDC for comparison.  What they fail to point out are the major inconsistencies known in Lyme disease surveillance procedures among states.  Statistical data are rendered useless when what is counted as a reportable Lyme disease case in some regions is routinely dismissed in others.  We elaborate below.


The C6 ELISA Test Used in the National Dog Study

The C6 assay used in the dog study, which is based on one antigen, reportedly isn’t as reliable as many had hoped.  In the mid 1990’s, Dr. Ed Masters wrote that the C6 ELISA didn’t detect the majority of his Missouri patients. Other doctors and researchers in recent years have complained about the C6.  Most telling, perhaps, are Dr. Raymond Dattwyler’s comments made in fall 2010. Dattwyler served on the CDC’s committee for Lyme diagnostic recommendations.   Last year he reported that, at first, they believed it was a good test, but as studies came out, they noted that the C6 sequence had variability.  He explained that this is important because there are amino acid differences between various strains.  With so many strains, it’s unlikely that using this assay to detect Lyme disease in dogs across the nation revealed the full story.

The reported insensitivity of the C6 assay in detecting Lyme bacteria variations poses a significant problem.  B. burgdorferi strains are highly diverse – sometimes even within small areas, but particularly from region to region.  (See research of Luft; Oliver; Tsao, etc.)  As an example, hundreds of Lyme borrelia strains have been documented in the southern United States alone.  Additionally, other Borrelia burgdorferi species have been identified in the region; the pathogenicity of these remains unclear.  The CDC’s Angela James wrote over ten years ago that the B. burgdorferi isolates found in the southern United States appear to be genetically more diverse than isolates from northeastern regions.  Indeed, this diversity is so great that Felz et al. concluded years ago that the South needs its own Lyme disease testing system.  To our knowledge, this system has yet to be developed.

In a recent Chinese study, Yi Jiang, et al. (2010) reported that when western blot interpretive criteria were changed to look for antibodies made against antigens specific to the Lyme borrelia actually indigenous to the region, the test became far more sensitive.  Naturally, this change helps to detect their own version of Lyme borreliosis so suffering Chinese citizens may now obtain proper diagnosis and treatment.  Additionally, cases of true Lyme disease – probably once dismissed due to insensitive assays – may now be reported.  This further demonstrates the problems in relying upon a “one-size-fits-all” testing approach and shows that the results in United States dogs obtained by using the C6 ELISA are questionable.

Problematic Reporting: Are Human Case Numbers Even Close to Being Accurate?

The new CDC analysis also relied upon reported human case numbers.  CDC authorities, however, have long acknowledged the inconsistent reporting practices used among states.  During conferences and in meetings, CDC officials have asserted that they do not control these practices and that Lyme disease surveillance methods are determined by individual state public health agencies.

As an example of the problematic reporting, officials have confirmed that most southeastern states didn’t use the CDC’s national Lyme disease surveillance guidelines for many years.  Other states may be the same.  Thus, true Lyme disease prevalence in humans in numerous states cannot be calculated.  We know, however, that Borrelia burgdorferi is remarkably diverse and abundant in nature and there are thousands of uncounted “Lyme-like illness” cases across the South and throughout the nation.

Even in states that adhere to CDC surveillance guidelines, insensitive tests add to the problem of underreporting in Lyme disease.  While many cases may be detected by current test methods, others may not (for numerous reasons including, but not limited to, Bb strain variations).

CDC officials admit that they are aware of the faulty reporting practices.  They, apparently, also understand that the C6 Lyme test has trouble detecting various strains, and that Bb strains vary wildly.  Thus, it’s surprising that they would go forward with publishing this comparison of human/canine cases, which bases its conclusions on these very subjective data.   Given the known problems, it is not really remarkable that the test may have failed to detect other Lyme disease strains or species outside the northeastern United States or that dog cases closely mirrored the skewed reported human cases on the CDC Lyme disease surveillance map.  The report is misleading.

Charged with accurately monitoring disease outbreaks, it is troubling that in their written reports and video presentations, CDC authorities don’t consistently highlight, cite, stress, caution and even loudly complain about their inability to ascertain true Lyme disease prevalence in humans due to these problems.  After all, these issues impede their ability to perform the job taxpayers employ them to do.  Equally disturbing is the fact that, during presentations, federal public health officials often discourage the testing of patients outside “endemic” areas, claiming an increased risk of “false positives”.  Anecdotal tales abound from suffering tick bite patients who report being dismissed and denied treatment due to this “false positives” theory promoted even in areas where Borrelia burgdorferi is readily found in nature.  This “false positives” assumption hinders not only the diagnosis and treatment of real disease, but accurate reporting, as well.  If testing of symptomatic patients is discouraged and reporting practices are inconsistent, it’s unlikely that an infection will quickly emerge and be recognized in “nonendemic” areas.

Borrelia burgdorferi has been identified across the globe.  It has been documented in Mexico, Brazil, Colombia, and Peru.  The idea that Lyme disease is confined to the northeastern United States and then skips across the rest of the continent miraculously landing again in South America is illogical when there are migratory birds (many of which serve as Lyme borrelia reservoirs).

It is time reports of “Lyme-like illness” are no longer ignored in “nonendemic” areas of the United States.  Because medical providers often take their cue from them, we encourage federal and state public health officials to take a more open-minded and proactive role in stressing the conflicting scientific evidence and the gaps in knowledge in the field of Lyme and other emerging tick-borne diseases.  CDC and NIH officials should continuously emphasize the incredible diversity of B. burgdorferi bacteria, the great danger of false negatives that may occur due to insensitive tests, and the fact that true risk of Lyme disease to humans in the United States remains unknown. We’d like to see officials encourage testing for tick-borne illnesses in all parts of the nation and make a commitment to study test results and Borrelia strains so that interpretive criteria for Lyme assays might be redefined.  Regionally-specific, sensitive tests may help hundreds of thousands of suffering people.

The concept of using dogs as disease sentinels may be useful; however, studies that rely on flawed statistics and strain-sensitive tests may prevent Lyme borreliosis patients living outside the Northeast from being properly diagnosed and treated early (when the infection is far easier to treat).  When the goal is to protect public health by increasing the recognition of emerging infectious diseases, we must be cautious to remain objective and to incorporate all available data in order for studies to be of true value.  With the hundreds of identified Borrelia burgdorferi strains, newly identified species, insensitive tests and different surveillance practices, we must defer to common sense when so many patients outside the “endemic box” report contracting “Lyme-like illness.”

Liz Schmitz is President and Co-founder of the Georgia Lyme Disease Association. This article is reprinted with permission from their website. She can be contacted at info@georgialymedisease.org.