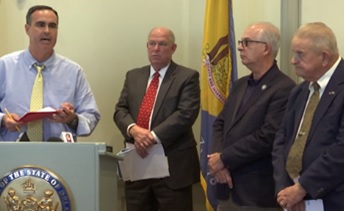 State leaders say with their new four-pronged approach, they now have the beginnings of a battle plan to take down ticks and Lyme Disease in Delaware.

Unveiled Thursday at Legislative Hall, lawmakers say these initiatives aim to educate the public and doctors while eliminating the financial burden associated with Lyme.