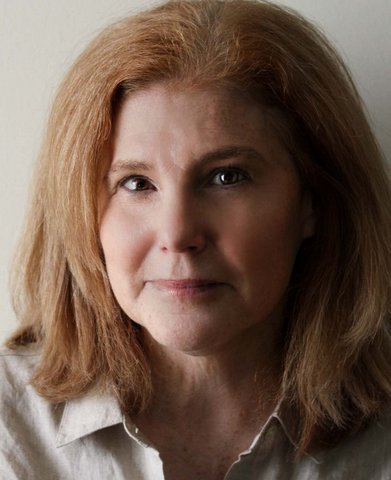 This is the first of a series of guest blogs by people who have enrolled in MyLymeData.

My Lyme journey began in 2008. Ironically, a few days after placing tick repellent in our woods, I saw an engorged tick embedded in my hip. Having struggled through an earlier case of Lyme disease in 1987 and knowing how debilitating it could be, I removed the tick and made a doctor’s appointment right away. By the time I got the appointment a target-shaped, red rash was clearly visible

I took the 10 days’ worth of Ceftin prescribed. A month or two later, I developed fatigue, vertigo and an episode of losing consciousness suddenly. Yet, my family doctor was convinced it couldn’t be Lyme disease because I had been treated with 10 days of Ceftin.

The new symptoms launched rounds of lab tests, an MRI, CT scan and almost a dozen doctor visits over the next two years. One or two doctors even diagnosed Lyme disease, and recommended immediate IV treatment. However, no one would prescribe the IV medication required.

Overcome with indescribable fatigue, an inability to think clearly, tinnitus, muscle pain, chills, and vision problems, I was forced to abandon once-pleasant activities including ice skating and serving on the local library board. Even routine household chores like doing laundry or cooking became impossible. I unintentionally lost 30 pounds. I was so ill, I doubted I would survive 2011.

As a business owner, I needed to continue working both to keep my business going and to have enough income to seek medical help that was generally not covered by insurance. With the ever-increasing severity of my symptoms, I often had to put my head down on my desk. Finding words and organizing thoughts became impossible tasks at times. Because of a committed and capable staff, though, I was able to avoid selling or shutting down the business, but I considered both options seriously as my health spiraled downward.

Understandably, my social life ground to a halt as I created a new existence focused on conserving energy and making it through the day. With an invisible illness, friends are often dubious or confused when someone “looks fine.”

A doctor in another state (who, unfortunately, didn’t take insurance) finally confirmed a Lyme disease diagnosis and treated me. I found out later I had both anaplasmosis and Lyme disease.

Like others, I have learned the hard lessons taught by tick-borne illness. While one antibiotic taken for about a month may cure Lyme disease if provided early, once months and years have gone by, the illness can become entrenched and there is no easy cure. The out-of-state doctor did prescribe long-term antibiotics. While extremely helpful, the treatment was not completely curative. This is where MyLymeData can help.

Patients now have the opportunity to learn from the clinical experience of others, to try what works and abandon what doesn’t work. We can find new solutions—new drugs, new understanding and new approaches.

The data can answer key questions: What treatments are others following? Does pulse dosing help? At what intervals? Are we using the wrong antimicrobials? In the wrong combinations? Is the damage permanent? How can we find out? What do those who don’t recover have in common?

Finding those who were sick, not treated early, but are now healthy and fully recovered should also be a priority. This data is critically important to other patients and researchers.

MyLymeData can give us new power over a disease that has brought many of us to our knees. The growing list of talented Lyme disease researchers can evaluate data that would take years to compile under normal circumstances.

Information on MyLymeData.org is confidential. You’ll learn you’re not alone. You’ll help yourself and you’ll help others. You’ll make what’s invisible, visible so that it can be studied, understood and cured. It’s easy. It’s free. Sign up today and encourage others to sign up as well.

Sherill Franklin is the founder and CEO of Harmonydesigns.com. She lives in Chester County, Pennsylvania.