TOUCHED BY LYME: Flying in to Washington to lobby for increased Lyme funding 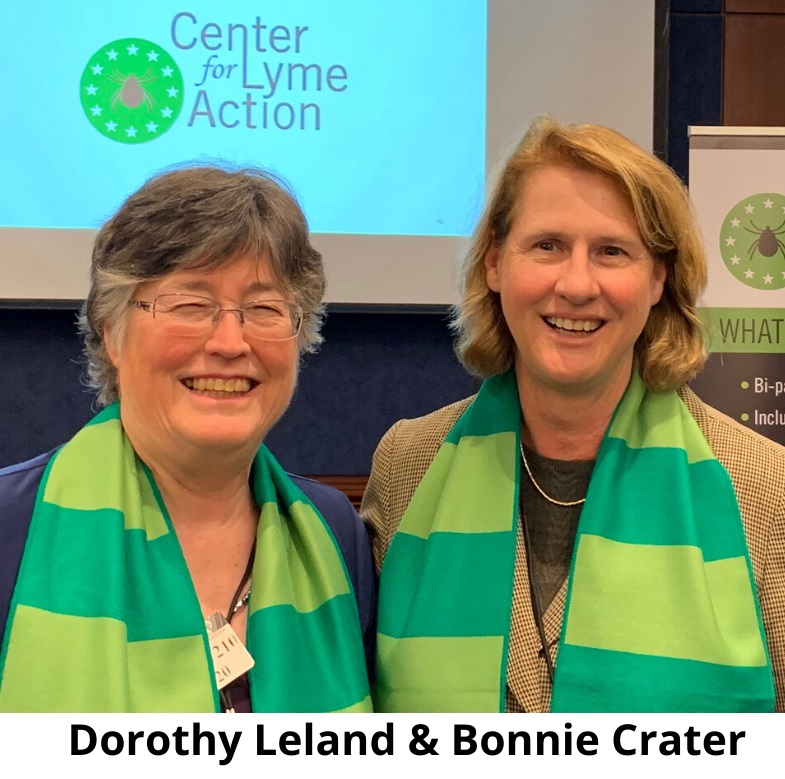 They call it a “fly-in.” Advocates from throughout the country converge on the US Capitol to talk with their Senators and Congressional representatives. (Of course, not everybody arrives by airplane…but they do come from all over!)

I was pleased and proud to join the Center for Lyme Action’s first “Lyme Action Fly-in,” which took place Feb. 11-12.

The Center for Lyme Action (CLA) was founded last fall by three people who want to increase the level of federal funding for Lyme and other tick-borne diseases. With charter member funding from Alexandra Cohen, Bay Area Lyme Foundation, and Project Lyme, CLA jumped right into helping get the Kay Hagan Tick Act passed.

That measure became law in December. But that’s only the beginning. Now it needs to be FUNDED. And there are some other Lyme-related projects that need funding as well.  That’s what advocates worked on during the Fly-In.

Events on the first day brought us all up to speed. We heard from the Center for Lyme Action and from retired Air Force Col. Nicole Malachowski. (She was the first female Thunderbird pilot, later forced to medically retire due to tick-borne illness. Now she’s a dynamite inspirational speaker and warrior for the Lyme cause.)

A dinner and reception that evening honored Members of Congress and Administration officials who “have demonstrated extraordinary support in the push to cure Lyme disease.”

Among those honored were Sen. Susan Collins (R-ME), who received the CLA Champion Award, and Department of Health and Human Services Deputy Secretary Eric Hargan, who was the dinner’s keynote speaker, and recipient of the Bay Area Lyme Foundation Lyme Innovation Award.

“Lyme is a frustrating and debilitating disease, but it’s a problem we can solve,” said Bonnie Crater, co-founder of the CLA. “Our award recipients have demonstrated extraordinary leadership in finding a cure and we are honored to have them as long-term partners in this important fight.”

The next day, advocates fanned out to meet with their Senators and Congressional representatives (or, more often, with key staff members). Armed with talking points and packets of information to distribute, we walked the halls in our bright green neck scarfs. (Such identifiers have become a “thing” in grassroots lobbying efforts these days. I found my scarf was a real conversation starter when standing in the security screening lines!)

Here’s a selection of photos from the events. 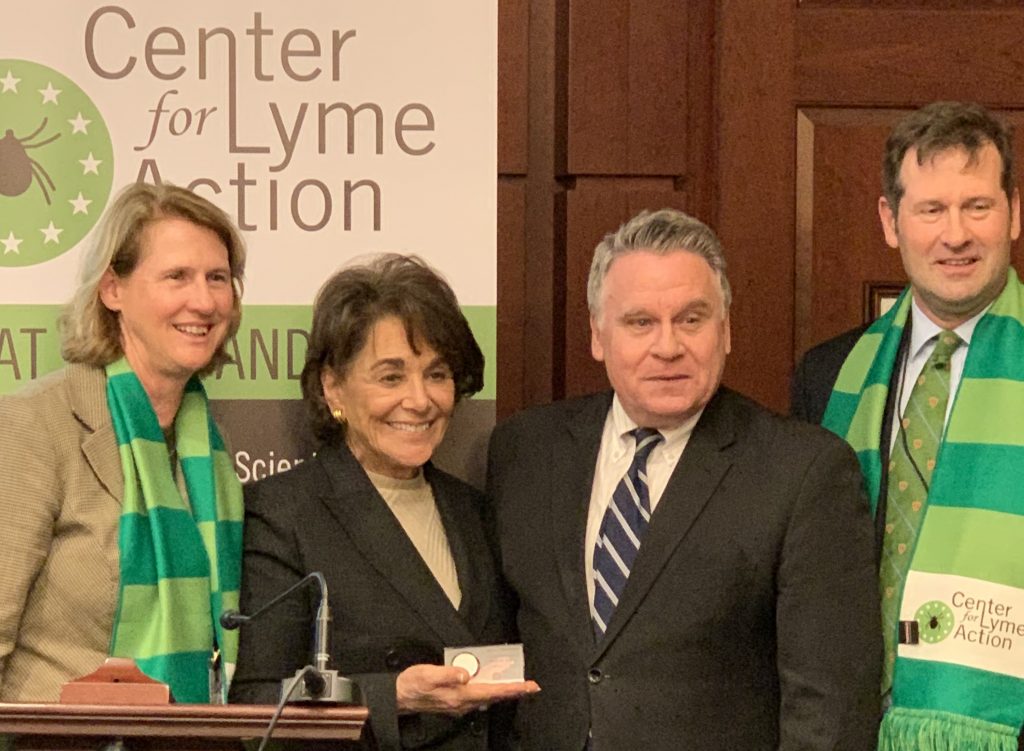 Getting ready to walk the halls of Congress.