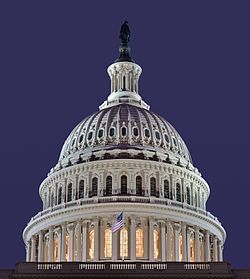 The Kay Hagan TICK Act—aimed at improving the government’s response to Lyme and other tick-borne diseases—was included in the federal appropriations bill passed by Congress this past week. President Trump signed the entire spending package late Friday.

The TICK Act is named after former Senator Kay Hagan, who died in October due to Powassan virus, a tick-borne infection.

It provides $150 million for various activities related to Lyme and other vector-borne diseases.

The TICK Act would: