I n December 2016, the American Red Cross published the results of a two-year study into the U.S. blood supply. They were specifically looking for an infectious parasite known as Babesia in donated blood, and they found it in 335 of the samples they tested.

Since then, the CDC has published “Babesiosis and the U.S. Blood Supply” and is letting the public know you can be infected

The CDC has known since 1979 that Babesia causes transfusion-transmitted infection in the United States.

The FDA estimates 11% of transfusion-related deaths are caused by microbial contaminated blood, with up to 38% of the fatalities linked to Babesia.

Babesia is a protozoan parasite that infects red blood cells. It is primarily transmitted to humans by Ixodes ticks—the same blacklegged ticks that carry Lyme disease.  Ticks carrying the Babesia parasite have been steadily increasing over the past 30 years. Over the same time period, ticks carrying Borrelia burgdorferi (the bacteria that causes Lyme disease) have also increased as much as 500% in some areas of the U.S.

Babesia is currently the most common co-infection associated with Lyme disease and is regarded as the foremost infectious risk to the U.S. blood supply.

Click here for the number of cases reported in your state.

Signs of infection may begin anywhere from one to nine weeks from the date of exposure, and may include fever, headache, fatigue, loss of appetite, anemia, day/night sweats, depression, and a feeling of “air hunger” or shortness of breath.

Many people with Babesia infection show no symptoms at all, while for others, the disease can be severe and even fatal. Patients without spleens, patients who are immunocompromised, infants, and people over the age of 50 have a higher risk for complications. Sadly, the former first lady of New Jersey, Jean Bryne, died of babesiosis in August of 2015.

How Does Babesia Get into the Blood Supply? 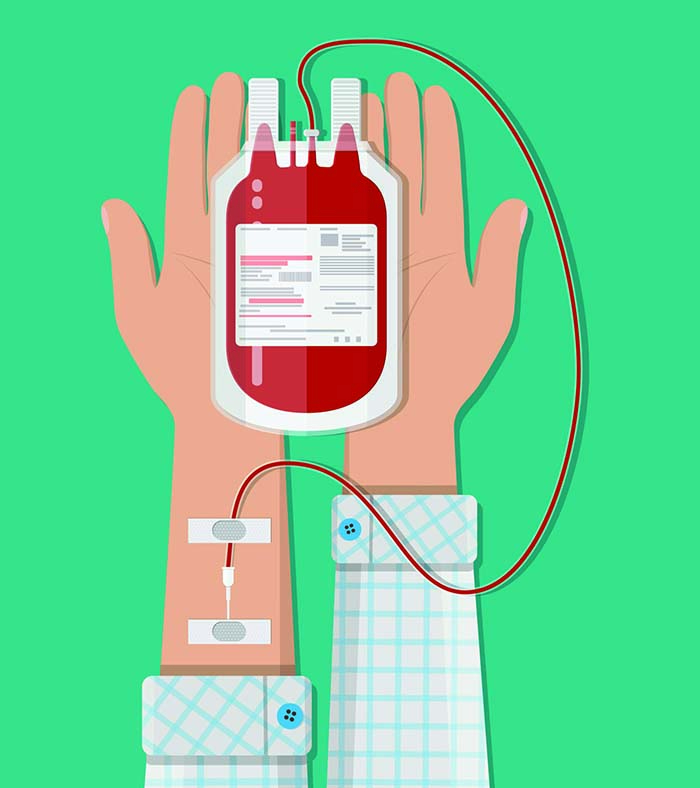 When screening blood donors, the American Red Cross does not ask whether donors have ever been bitten by a tick or had Lyme disease. It does state “those who have had infections with Chagas Disease, Babesiosis or Leishmaniasis are not eligible to donate.” The problem is many people with babesiosis are asymptomatic or had an infection that wasn’t diagnosed because they were never tested or they were not tested properly.

The CDC has known for years that relatively healthy individuals infected with Babesia can unknowingly donate contaminated blood. However, it wasn’t until 2011 that the CDC set a standard for surveillance and made babesiosis a reportable illness.

Unfortunately, only 31 states have implemented a system for reporting Babesia infections. Also in 2011, the CDC published a retrospective study showing 159 cases of babesiosis contracted by blood transfusions, with 70% of those infections occurring after the year 2000, resulting in at least 12 deaths.

How Did They Find the Contaminated Blood?

Shortly after the 2011 CDC report, the American Red Cross launched a study in partnership with IMUGEN, Inc., to investigate the blood supply from four states for the presence of Babesia microti. From 2012-2014, they screened 89,153 blood-donation samples from Connecticut, Massachusetts, Minnesota, and Wisconsin and found 335 donations to be infected with Babesia microti. (You can see a summary of their findings here.)

Limitations of the Study

The first known case of babesiosis in the U.S. occurred in 1966, after a resident of San Francisco became extremely ill with malaria-like symptoms that were later identified as a Babesia infection. Since then, scientists have identified hundreds of species of Babesia, with several known to infect humans.

Babesia microti is the primary cause of babesiosis in the United States. There are, however, at least five other strains of Babesia known to infect humans in the U.S.: B. divergens, B. CA1, B. MO1, B. duncani (WA1), and a newly discovered species from Tennessee, B. TN1. However, people who travel out of the country could be exposed to several other species of Babesia.

Because the Red Cross study only looked for B. microti, it is likely the actual number of cases of Babesia contamination is much higher than stated.

What Happens If You Are Given Contaminated Blood?

The researchers were able to confirm in the laboratory that Babesia-contaminated blood resulted in positive transmission 50% of the time in healthy animals. Unfortunately, most people who need blood transfusions have severe injury, infection, organ failure, cancer, or are immunocompromised.

Where Do We Go from Here?

We know that the most frequent tick-borne pathogens in the United States, B. burgdorferi (Lyme disease), B. microti (babesiosis), and A. phagocytophilum (the causative agent of human granulocytic anaplasmosis), are all transmitted by Ixodes ticks. Thus, anywhere you have Ixodes ticks in the world you will also have a risk of tick-borne diseases.

With Lyme disease being reported in nearly half of all U.S. counties and with Babesia following a similar pattern, the best thing for patients would be a universal blood screening for all tick-borne diseases. Because a universal test has not been developed, a reasonable starting point would be to begin nationwide year-round antibody screening for Babesia, as recommended by the FDA in 2015.

At this point, the best we may get is a compromise of screening blood donations from the five states where the incidence of babesiosis is highest—Connecticut, Massachusetts, New Jersey, New York, and Rhode Island. The FDA estimates this will reduce the risk of transfusion-transmitted Babesia microti in the blood supply by 95%. However, this will do nothing to mitigate the risk of contracting other species of Babesia.

Recently, the Rhode Island Chapter of the American Red Cross began screening blood donations for Babesia for the state of Massachusetts as a pilot program. They will be sharing data with the FDA as they move toward a larger program. It’s a start.

For more information on how to diagnose and treat babesiosis watch
Dr. Richard Horowitz on babesiosis below.

LymeSci is written by Lonnie Marcum, a licensed physical therapist and mother of a daughter with Lyme. Follow her on Twitter: @LonnieRhea.  Email her at: lmarcum@lymedisease.org.