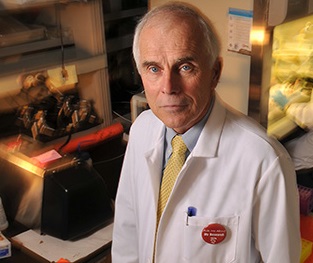 Invisible International has released a new course on neurological and neuropsychiatric manifestations of Bartonella, a family of stealth bacteria best known for causing cat scratch disease and trench fever.

In the last few years, there has been a growing body of knowledge on the Bartonella family of bacteria. In this course, Edward Breitschwerdt, DVM, a leading expert on bartonellosis in mammals, delivers the latest research.

He paints a disturbing picture of what can go wrong if a neurological Bartonella infection runs rampant in an immunocompromised or immunocompetent patient.

It typically starts with a fever

In humans, a Bartonella henselae infection (aka cat scratch disease) typically starts with a fever and swelling or lesions at the wound site, appearing three to 10 days after a bite or scratch from an infected mammal.

Swollen lymph nodes show up one to two weeks later, and half of patients report headaches, lack of appetite, weight loss, vomiting, and, occasionally, a sore throat.

These complications can involve the eyes, heart, liver, spleen, skin, musculoskeletal system and, the focus of this course, the nervous system.

Dr. Breitschwerdt believes that Bartonella is an underdiagnosed driver of many neurologic and neuropsychiatric diseases of unknown cause.

He calls his fellow veterinarian workers “the canaries in the coal mine” for this emerging threat. He cites a study that showed that 28% of the study’s veterinarian worker subjects were infected with the bacteria, based upon the detection of Bartonella DNA in their blood.

He also reminds physicians to ask sick patients about their exposure to animals, bites and scratches, flea infestations and exposures to other known or suspected vectors for Bartonella transmission. Bartonella often occurs in families, infecting both pets and their human companions.

One of the most intriguing parts of this new course is the discussion of a recent study generated with his University of North Carolina research collaborators. The study found that people with schizophrenia were more likely than healthy volunteers to have Bartonella DNA in their bloodstream.

In this study, 11 of 17 schizophrenia patients (65 percent, compared with 13 healthy controls) tested positive for Bartonella using the new “droplet digital enrichment blood culture PCR test” that his research team developed. Because this study was halted early due to the COVID-19 pandemic, a larger study is being planned.

He is also an adjunct professor of medicine at Duke University Medical Center and a diplomate in the American College of Veterinary Internal Medicine (ACVIM).

As a leading expert on bartonellosis, he directs the Intracellular Pathogens Research Laboratory in the Institute for Comparative Medicine and co-directs the Vector Borne Diseases Diagnostic Laboratory at NCSU. This course is currently in review for CME credit by the American Academy of Family Physicians.

This project is funded by the Montecalvo Platform for Tick-Borne Illness Education, through Invisible International, a 501(c)(3) nonprofit foundation dedicated to reducing the suffering associated with invisible illnesses and social marginalization through innovation, education, and data-driven change projects.