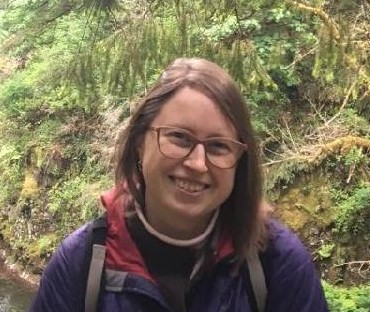 This blog highlights my personal struggle with Lyme disease and my reasons for writing the article.

I first fell ill from Lyme disease at age 10. And while I suffered from severe fatigue and memory problems, I seemed to recover after two months of oral antibiotics and one month of IV antibiotics.

I suffered from chronic back pain for the rest of my childhood, but no doctor could figure out the cause, and I lived an otherwise healthy life.  At 21, however, I developed acute sleep issues and anxiety. As a result, I went entire nights without sleeping, and these symptoms slowly got worse over the next five years.

One fall day in 2016, my health abruptly deteriorated. That morning, I felt a little dizzy walking my normal route to the train station, but I brushed it off and boarded the train. By the time I got to my destination, my heart was racing, and I felt extremely dizzy. I became so weak that I sat down on the floor of the station and realized that if I didn’t get help, I might pass out.

At the hospital, they gave me a pregnancy test, ran some standard blood work, and sent me home without a diagnosis. My white blood cell count was high, but they didn’t think that was an issue. Over the next few days, I felt very odd, I had trouble recalling things and left work early to take a nap. I saw my primary care provider who also was not sure what was wrong.

From then on, my symptoms got worse. I couldn’t walk without experiencing a wave of dizziness, I suffered from extreme fatigue, brain fog, stabbing neck pain and uncontrollable chills. At night, I struggled to breathe as I lay on the couch unable to sleep.

Going from doctor to doctor

I went from doctor to doctor trying to find the cause of my symptoms. Every time I went to the ER, they gave me a pregnancy test and discharged me. One ER doctor refused to give me a Lyme test. Another refused to believe my positive Lyme test and instead told me that I was attention-seeking and psychosomatic.

When my CDC-approved blood antibody test came back positive for Lyme, I thought I was finally on the road to recovery.  My primary care provider prescribed antibiotics, and after a few weeks of treatment, I felt fantastic. My neck pain was gone, I was no longer dizzy, and I was finally sleeping.

But as each test came back negative and my symptoms began to flare, the doctor had second thoughts. He agreed to treat me with IV antibiotics for one month, but only if I got a lumbar puncture.

At my two-week check-up, the doctor told me that my treatment would be complete after just one month of IV antibiotics, even though I was still slightly dizzy and exhausted. I decided to seek a second opinion.

A path to recovery?

Luckily this time, I found a Lyme-literate doctor who performed a very thorough evaluation of my current health and medical history and confirmed my diagnosis of Lyme disease. I finally felt like I was on a path to recovery.

Still, the path was not easy. I wanted to quit my job so badly to allow my body and mind to heal. But I was too old for my parent’s insurance plan, and I knew if I quit my job, I would lose the little coverage I had.

I faced numerous insurance claim denials, but had no strength to fight them or to look for other solutions. For example, I was unable to secure home health services for my IV antibiotics treatment. So I had to travel to a hospital, which was an hour from my work and twenty minutes from my house, every day for three months.

When I finally began feeling better, I tried to begin my life again, but something was missing. I had gone through so much that I felt the need to spread the word about the disease and give back.

I realized that I was incredibly lucky to have enough finances to pay for treatment, a great Lyme-literate doctor, and a very supportive family, who helped me tremendously. So, as soon as I recovered my cognition and felt healthy enough, I enrolled in law school in the hopes of helping others with Lyme disease and other chronic illnesses.

The need for insurance coverage for Lyme

The topic for my law journal article came from hearing stories of other patients struggling to receive insurance coverage, as well as my own personal experience. If patients are not able to pay for their medical treatment because public or private insurance does not cover it, they will likely not get better.

I wanted to provide federal legislators with strong scientific evidence, a background on the controversies associated with the illness and a concrete way to improve the lives of patients who are currently suffering.

My goal was to build on the work of local activists who have achieved incredible results passing legislation in some states, by expanding coverage on the national level.

Insurance coverage is especially critical in states with perceived lower incidence rates because it may not be a priority for those states’ legislators. My proposal is based on other federal insurance laws including the Federal Parity Law and the Women’s Health and Cancer Rights Act.

Since Lyme disease patients live in every state in the U.S., federal legislation will provide insurance coverage for patients no matter where they live.

Jennifer Barrett will graduate from law school this spring.