TOUCHED BY LYME: When Lyme disease steals your voice—literally 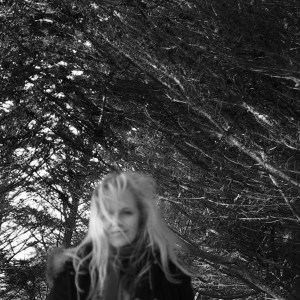 During the second year of graduate school, a strange thing happened. I was sitting in class and it was my turn to speak. The room turned gray and I struggled to get my words out. My classmates looked puzzled. They reported that my words were soft spoken, slow and garbled. That was the day my ability to speak started to leave me.

I went to the doctor and he set up a short appointment with a neurologist. At that time, my voice faltered intermittently. The neurologist said there was nothing wrong with me. How about a stroke? You would think she would have at least checked that. Then my COBRA ended and I went without insurance for two years.

After graduation, I interned at a private clinic. I was responsible for running women’s groups and co-facilitating group presentations. A year into the internship, I could no longer give presentations because my voice wasn’t strong enough. I joined another private practice where I didn’t have to do groups and it provided insurance. I was looking forward to getting my license. The work was so fulfilling—I felt it was my calling. Yet, increasingly, my voice faltered and I felt lightheaded. My clients were so bonded to me, however, they didn’t seem to mind that I had to repeat myself sometimes.

That job was a blessing in so many ways. The biggest blessing was that it brought me to my husband. We met in the hall in the first month. It took a while for us to get to know each other, partially because I was going through a health crisis. Muscle twitches, trouble swallowing, numbness in limbs, facial paralysis, and on top of that my voice was getting worse. My GP suggested that I may have ALS – bulbar type. I was evaluated by a speech therapist and she thought that too. That took me into a tail spin. Not one of my doctors even considered Lyme disease. I felt they were just abandoning me to die a horrible death.

In September, I saw a specialist who said I didn’t have ALS and diagnosed me with PNFA (Primary Non-Fluent Aphasia). That is subtype of Primary Progressive Aphasia. For which there is no treatment. It was suggested that over the next several years I would entirely lose my voice, my hearing, and my ability to read—followed by dementia and death.

By October, I was rushed to the hospital for a heart event and possible TIA, where blood to the brain is temporarily blocked. There was another hospital stay for the same thing in February. They did a full work up and said my heart is structurally fine. The cardiologist looked at me in that way – you know the look. Now when my blood pressure plummets and I get pain in my left chest, arrhythmia, and tachycardia, I don’t go to the ER.

They never considered that my autonomic nervous system was under attack.

When I got out of the hospital in October, Scott and I eloped to Lake Tahoe. We had a sense that my life would be short and we didn’t want to waste a moment. I was finally not alone! I had to retire as a therapist because I couldn’t communicate with my clients and I couldn’t drive reliably without a danger of another heart event. It was so hard to accept that. I questioned God—I had thought I’d been serving him by being an instrument of healing.

Finally, the angels directed me to a Lyme disease support group. At that first meeting, I learned the name of a Lyme-literate doctor who handles complicated cases. I went to the San Francisco Bay Area for my initial session and to get the special labs drawn. I stayed for four days because that’s how long it took to draw the proper labs. The tests were positive for Lyme and Fifths disease (a virus). I have been going every six weeks to visit my LLMD. She started me on oral antibiotics and anti-virals because she didn’t want to send my body into shock starting off with IV. She confirmed I was infected multiple times.

My friend Karen has hung in there with me. I know I haven’t been the friend that she deserves but she loves me still. When I am around her I feel her happy loving energy running through me. My mother has also been very supportive—exceedingly so. I don’t know where I would be without her. It is so wonderful to have a parent that steps up and gets it. It truly makes me healthier with all the love around me.

I got a PICC line and was on IV Rocephin for 90 days. Turns out, I am allergic to Rocephin. I have to take IV Benadryl before, which greatly helps. I’ve seen improvements in my physical symptoms but not my voice.

Then, the local hospital that had been giving me the IV cut me off. They changed my diagnosis from “bacterial infection, encephalopathy” to Lyme disease. And, since the hospital follows the IDSA Lyme guidelines, they refused to treat me any longer. Now I have joined the legions of Lymies that pay out of pocket and self-administer IV treatment at home.

My days are spent on the couch with my doggies. My husband doesn’t understand—he thinks I am lonely. I don’t have the energy to be lonely. Some days I can’t even walk into the kitchen, and other days I can manage to go out of the house for one errand. On days like this my brain is soooo slow; it takes me time to figure out how to spell simple words and the proper syntax. I battle with the voice in my head that tells me I am lazy. When that voice rears its ugly head, I tune into my body. I am always surprised how sick I am, and how much pain I am in. I am continually surprised that when I open my mouth to speak I can’t form the words. Sometimes I am aware of how I sound, and sometimes I think I am speaking clearly. I can’t bear the look on people’s faces when they hear me speak. They are so shocked because I look relatively healthy. I am just glad I am still breathing.

Excerpted from “My Story,” by Caroline Trujillo, on the website LymeLifescapesWithCaroline.com.