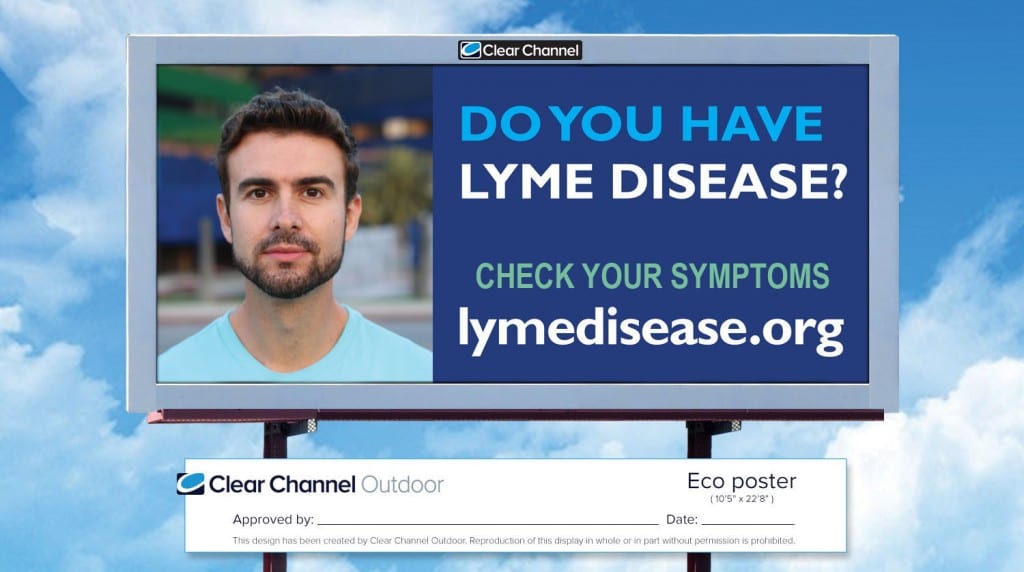 Are you trying to educate your community? What about a billboard?

Last week I told you about the group in Arizona that has decided to create a billboard campaign for Lyme Disease Awareness Month. A lady named Marie called to ask if we had any artwork or suggestions for what they could put on their board.

Their timing was right on because LymeDisease.org has just launched our interactive symptoms checklist tool (find out about it here) and we thought it would make a great billboard. Marie agreed, and we sent the graphic ingredients off to an artist employed by Clear Channel, the billboard company she had selected. Within hours she had designed a billboard we all liked.

Now a group in Wisconsin is going to do the same thing, and they’re planning to add a big tick to their billboard design. Prices are lower in Wisconsin, so they want to get several boards. Actually, five!

Do you have anything special planned to raise awareness and educate your community for Lyme Disease Awareness Month? With a billboard you can reach out to people who don’t yet know that they have Lyme disease. The symptoms checklist on the LymeDisease.org website is perfect for that.

The checklist is short; people can fill in and print out to share with their doctor. It’s also educational. When you answer a question, a box detailed information pops up. For instance, the box that pops up when you are answering, “Have you been bitten by a tick?” tells you that most people with Lyme don’t recall being bitten by a tick. One deals with other diseases people are misdiagnosed with, like MS and Parkinson’s. We’re hoping to reach people who have heard about Lyme and are wondering if they have it.

The visual message on the billboard is very short, ideal for a site where people have just a brief time to register what’s on it, like driving by or at a stoplight.

Or you can try googling the name of your town plus the word “billboard.”

The company Marie used—Clear Channel—is a national company. The contact information for each market can be found at Clearchanneloutdoor.com.  Once there, click on “Where We Are” at the top. This will bring up a list. Click on the city/state needed and you should find a phone number. Ask for the sales department. Let them know that you are a non-profit because they have special rates.  You may even be able to get space for free. Be sure to ask.

The process takes about 2 weeks to get the vinyls produced and shipped so you may have to launch later in May. But early Lyme starts to show up any time in the next couple of months, so the timing is still good.

Email me at pmervine@lymedisease.org  if you want to talk about doing this. If your group can’t come up with enough money for a billboard, ask us. LymeDisease.org may be able to help you out.

You can also have posters printed and post them around town, in stores, laundromats, clinics, schools and libraries. 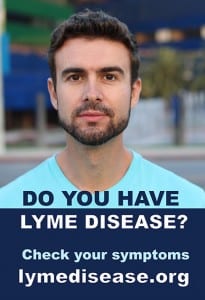