Would my son have his Lyme diagnosis without my mother’s instinct? 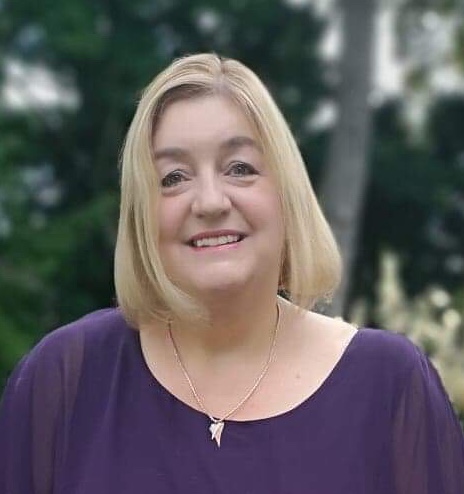 For eight years, my son has been fighting a war against Lyme disease, with me alongside him.

I have endured countless sleepless nights, anxious that I am pushing too hard, but more troubled I have not done enough; fearful of backlash from respected colleagues over antibiotic prescribing, yet utterly convinced that doing nothing is no longer a viable option.

I have waged battles against countless healthcare professionals who failed to recognize the severe consequences of a missed diagnosis, inappropriate treatment, and worse: telling a patient it’s all in their head.

My boy, who climbed the hills of Scotland, effortlessly completed Duke of Edinburgh expeditions and won a three-week adventure scholarship, has now been floored by illness and reduced to bed-bound life. All at 25 years old, and all because of a tick bite he suffered in his teens.

I am his mother, but also his full-time carer and advocate. The role constantly surprises and exhausts me. I‘m not just his chef, catering for special dietary needs to boost his immune system, but also his confidante and his counselor when the thought of being helpless and homeless without me completely overwhelms him.

Giving up on getting well

You see, he has given up on the prospect of ever being well again. He no longer expects to enjoy freedom: to get out and live life again, to ever hold down a job, to live independently, to socialize with friends, to travel. He doesn’t think he will ever climb those hills again. And these morbid thoughts often consume him in the small hours of the night when his resilience is at its lowest. And that is where I am needed most — as a mum, as a pharmacist, as an advocate.

Looking back, his health began to deteriorate in his final school years. He labelled himself a ‘lazy boy’ because he was always tired, while we constantly pushed him to get up, get out, do more. He was excited about going to the University of Aberdeen, but within just three weeks of starting, everything came crashing down when he couldn’t get out of bed.

His vision was blurred, and his muscles twitched and hurt. He had insomnia, headaches, panic attacks, nausea, pain in the soles of his feet, low mood, severe fatigue, lethargy, breathlessness — the list of symptoms went on. He was prescribed antidepressants, but despite being a pharmacist and wondering whether this was the right option, I felt hopeless to argue, just in case my mother’s instinct was wrong.

Devastatingly, university was over for him before it had even begun.

Once home again, it was a struggle to persuade our GP to give my son a Lyme disease test on the NHS, but I recognized that his symptoms were similar to that of a relative, who had been diagnosed with the disease. The result came back negative and, although bewildered, I believed it.

The next three years were spent circling through doctors, psychiatrists and psychologists, until one day his clinical psychologist agreed that his illness was physiological. I was exhilarated that someone finally believed me and my son.

But the infectious diseases specialist surmised it was chronic fatigue and not Lyme disease. And yet, my mother’s instinct and my pharmacist’s intuition told me this was much more than chronic fatigue. I was at one of my lowest points. I knew, then, we were fighting this battle on our own.

It was only after undergoing expensive private testing that my son was diagnosed with numerous tick-borne infections. Today, he struggles with fatigue, brain fog, memory loss and occasional joint pain. But, thankfully, so many of the original symptoms have resolved following long-term antibiotic treatment and immune support.

However, chronic Lyme disease — or post-treatment Lyme disease syndrome — is still not recognized as an ongoing infection by the NHS. It is a controversial subject, and recent guidelines from the National Institute for Health and Care Excellence admit that research is lacking and the evidence base is weak.

“One thing worse than no test is a bad test,” said Chris Witty, the chief medical officer for England, during the coronavirus pandemic. And I couldn’t agree more.

We need better and more reliable tests for Lyme disease and other tick-borne infections. Current Lyme disease testing is letting patients down and many are receiving ‘false negative’ results. Consequently, no diagnosis or treatment follows.

I have met dozens of people with similar symptoms and experiences. There are currently more than 11,000 members on the Lyme Disease UK Facebook community group, which is there for advice and support. While they may not all have Lyme disease, I wonder how so many thousands could be wrong.

We need to put more trust in the patient and their experience. Acknowledging that their symptoms and suffering are not ‘purely psychological’ would indeed be progress. Healthcare professionals should admit that we don’t always know what’s wrong; offer reassurance that we genuinely believe our patients; and remain open-minded. This kind of support would be a lifeline for people like my son.

Arlene Brailey is a registered pharmacist in Scotland. She works for an antibiotic research charity, and is a trustee of the Lyme Resource Centre. This article first appeared on PharmaceuticalJournal.com.