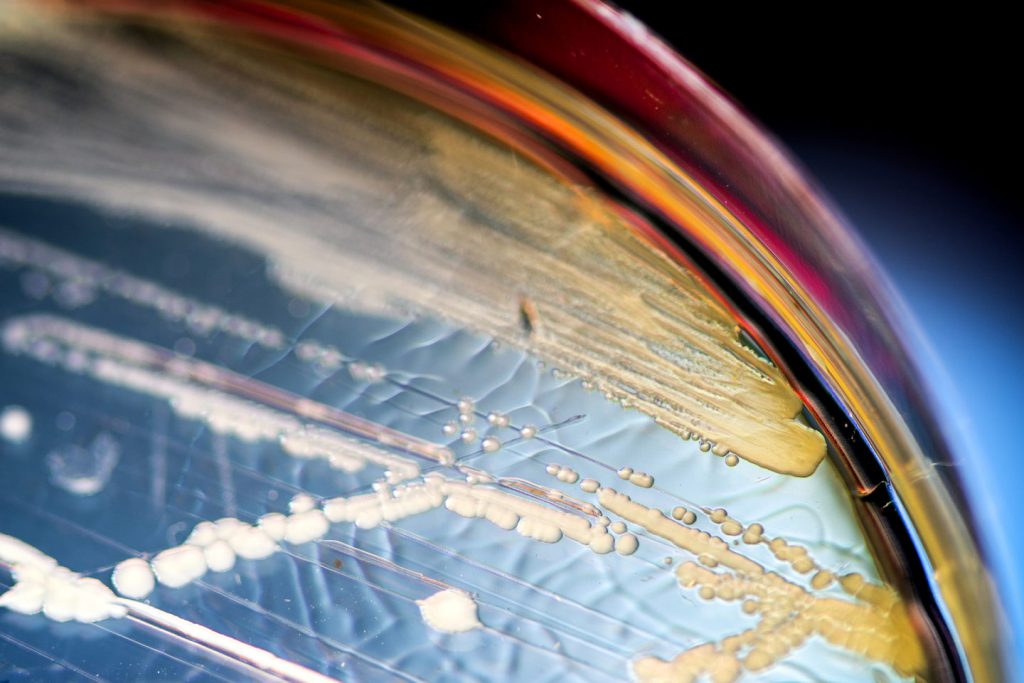 Fatigue, muscles aches, brain fog—are these symptoms of chronic Lyme disease, or merely side effects of the daily grind of human existence? It’s hard to tell.

Chronic Lyme disease, also known as post-treatment Lyme disease syndrome or PTLDS, is incredibly hard to diagnose because symptoms vary greatly, and there is currently no biological test to detect the disease.

Now, Kim Lewis, University Distinguished Professor of biology and director of the Antimicrobial Discovery Center at Northeastern, has proposed a new way to objectively diagnose this elusive disease by analyzing the microbes in a patient’s gut.

Unlike acute Lyme disease, which is diagnosed when a patient tests positive for an immune response to the tick-borne bacterium Borrelia burgdorferi, PTLDS is essentially diagnosed on the basis of a questionnaire. Were you treated for Lyme disease recently? Are you tired? Are you experiencing muscle pain or memory loss?

Usually Lyme disease is cured with antibiotics before it develops into PTLDS. But for 10 to 20 percent of cases, patients continue to experience persistent fatigue and cognitive difficulties that linger for months or years.

“There are about 800,000 people in America living with PTLDS. That’s 800,000 people for whom treatment has failed,” says Lewis. “That’s completely unacceptable.”

“In some cases, this is a debilitating disease that prevents people from having a normal life,” he continues. “And to make matters worse, some people in the medical profession don’t believe in chronic Lyme.”

The importance of the gut

In general, the gut is a good indicator of our overall health. The microorganisms that live in our intestines strongly influence our immune system, and in some cases, our microbiomes are even superior to our genetics at predicting diseases.

In regards to PTLDS specifically, Lewis and his team chose to investigate the microbiome because patients often undergo extensive antibiotic treatment when first diagnosed with Lyme, a process that likely causes adverse changes in their microbiomes.

Additionally, recent evidence shows that patients with autoimmune diseases experience changes in the composition of their microbiomes.

“Based on the symptoms of PTLDS that overlap with autoimmune diseases, we wanted to see if there were other similarities, too,” Lewis says.

In a study that compared fecal matter from healthy people, intensive care unit patients, and PTLDS patients, Lewis and his team determined that people with PTLDS have two distinct differences in microbial levels compared to the other groups—an abundance of a type of bacteria called Blautia and a suppression of a type of bacteria called Bacteroides.

Blautia blooms, which were not found in the healthy group or the ICU patients, are usually seen in people with obesity, Alzheimer’s disease, and multiple sclerosis.

“Not much is known about this group of bacteria,” Lewis says. “I can’t say I have a terrific understanding of why the bloom happens.”

As for Bacteroides, they are common gut bacteria that help regulate digestion, inflammation, and immune responses. They also produce one of our two major neurotransmitters, gamma-Aminobutyric acid or GABA.

“You need a lot of GABA to feel well psychologically,” he says. “People with low GABA usually have anxiety and depression.”

These microbial discoveries may explain some of the symptoms of PTLDS, but in order for them to be used as a diagnostic tool, they would need to be specific to PTLDS and not merely the side effects of antibiotics.

To control for this, Lewis used samples from ICU patients, who were taking antibiotics at the time, and found that they did not experience the same microbial changes as PTLDS patients, suggesting it’s unlikely that antibiotics alone are responsible for the differences.

Beyond providing the medical community with a potential diagnostic tool, Lewis says these findings could also lead to new treatments if, as the study suggests, these changes in the microbiome cause symptoms of the disease.

“If we can fix the microbiome, then we could perhaps find an intervention for PTLDS,” Lewis says.

[Editor’s note: While LymeDisease.org understands the use of “PTLDS” as a research definition, unfortunately the term is often used to deny Lyme patients necessary treatment. Therefore, we oppose the use of that description for patients with persistent symptoms of Lyme disease. See: Abandon “Post Treatment Lyme Disease” label.]