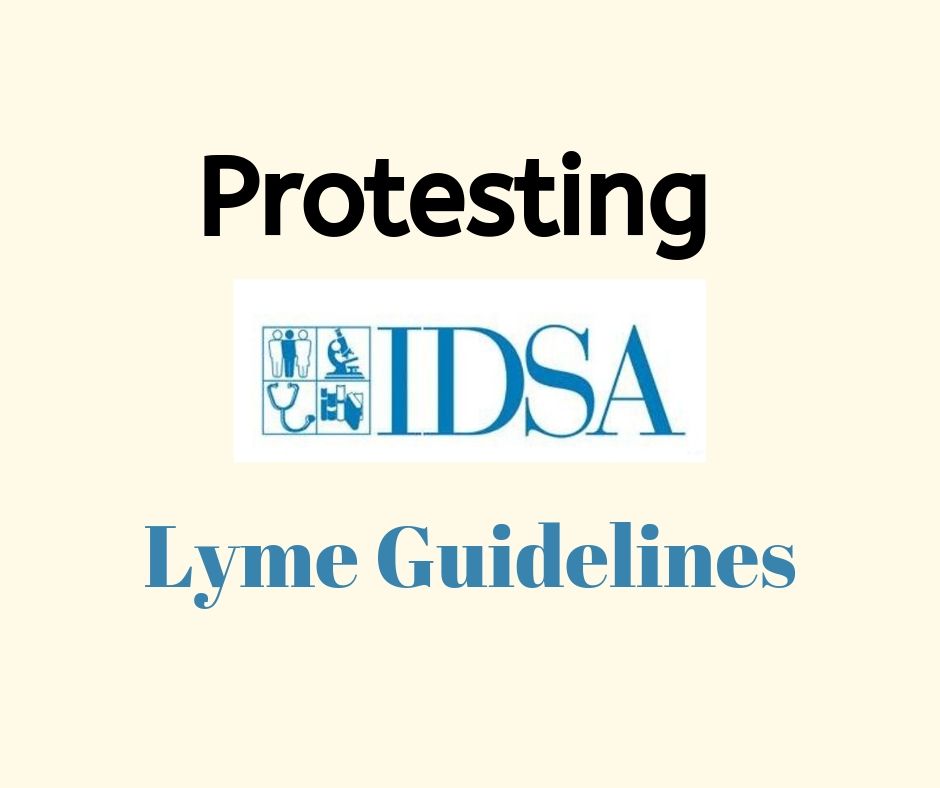 The Ad Hoc Patient and Physician Coalition to protest the IDSA Lyme guidelines continues to gather steam–throughout the world.

At this writing, 85 organizations in nine countries have endorsed the coalition’s rebuttal to the guidelines. (Update: 87 organizations)

Countries represented include: the US, Canada, Australia, France, Germany, the UK, the Netherlands, Belgium and Latvia. (update: Spain and Poland)

The coalition is spearheaded by LymeDisease.org and the International Lyme and Associated Diseases Society (ILADS). It came about after the Infectious Diseases Society of America posted a draft of its new guidelines in June, inviting public comment.

LymeDisease.org’s Lorraine Johnson and Dr. Betty Maloney of ILADS prepared a comprehensive rebuttal to the guidelines, and soon, other groups publicly endorsed their comments.

One group that recently endorsed the coalition’s comments, FFMVT (French Federation Against Tick-borne Diseases), took things even farther. They wrote a summary of the document, translated it into French, and have distributed it to groups in various French-speaking countries. (Click here to read the French document.)

Another endorsing organization is the Patients Union of Lyme Disease in Latvia. They said that diagnosis and treatment of Lyme disease has become an important issue in their country. They thanked us for our work and said it gave them hope for improvement in “policy and attitude from the medical society.”

Although the IDSA is based in the US, its Lyme guidelines have been adopted by health departments in many other countries, too. This makes it hard for people with Lyme to get diagnosed and treated in those places, as well.