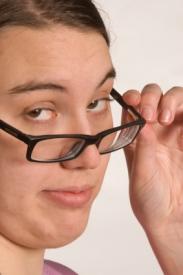 Drs. Macauda and colleagues (including Peter Krause) conducted a survey of residents in the New England area and found: “The majority of our survey respondents believe that the Lyme disease spirochete can persist following antibiotic treatment, that a standard course of treatment for 2 to 4 weeks is often not curative, and that long-term antibiotic therapy of >2 months is sometimes useful.” The authors of the study recommend that state and federal agencies increase efforts to educate the public to curtail the “widespread belief in chronic Lyme”. But surely something’s wrong with this conclusion. The survey population was HIGHLY educated—almost half had a graduate degree and an additional third had a BA. They had extensive knowledge about the disease. Should we then assume, as the authors did, that their views reflect ignorance? Or should we assume that they actually just disagree with the IDSA claim that all patients are cured in 30 days, that persistent symptoms reflect “some other disease”, and that “chronic Lyme” doesn’t exist? Disagreement is not ignorance. Almost all of the participants knew at least one person with Lyme disease. Essentially, these people are saying what those of us in the Lyme community have known for some time: The IDSA guidelines are out of sync with reality.

Two survey populations in highly endemic areas of Connecticut and Rhode Island were used, totaling 421 respondents.  The FINDINGS of the study are highly significant and confirm the experience of patients with Lyme disease. However, the CONCLUSIONS of the authors show just how great a slip there can be between the cup and the lip. The conclusions reflect, in short, the authors’ preconceived IDSA viewpoints and bias.  But, first, let’s highlight the findings because they are remarkable:

Information Source: What was the source of information that the respondents relied on? We are often told that the heart of the controversy in Lyme disease arises from misinformation on the internet and from support groups. (Cooper and Feder 2004) Wrong. Friends and family (64%), physicians (24%), or from having had the disease themselves (34% Connecticut survey; 54% of the Rhode Island survey).  Few subject reported the internet or support groups as a source of information.

Persistence: More than three quarters of respondents agreed with the statement “Even after someone is treated with antibiotics, the Lyme bacteria can still be in their body.”

Treatment Duration: 67% agreed that treatment for longer than 2 months was sometimes or always useful.

Conclusion:  When you read a study on Lyme disease, it is important to separate the findings from the conclusions because of the extreme controversy between the two schools of thought and the amount of rigid dogma held by researchers in the area.  Conclusions are interpretations of findings.  And, as we know, interpretations are subject to researcher bias.  Dr. Krause is an author on the IDSA 2006 guidelines so his bias is known.

I’ve noted some of the inconsistencies between the authors’ findings and conclusions above.  But I’ve saved the best for last:

“Given the serious harm to patient health that may occur as a result of unnecessary prolonged therapy or the failure to seek appropriate care for symptoms mistakenly diagnosed as Lyme disease, additional work needs to be done to better understand how accurate information about Lyme disease can effectively be transmitted within a community.”

Rather than analyze the weaknesses of this conclusion which rests on faulty assumptions, let me just propose an alternate conclusion that could have been drawn from the study:

“Given that Lyme is a serious illness that can persist and destroy lives, it should be treated aggressively with longer courses of antibiotics like other serious infectious diseases (for example, tuberculosis). Inaccurate information that does not reflect the experiences of those with the disease is not likely to be persuasive to an educated public.”