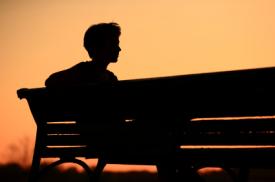 Five years ago, a young man named Joey graduated from UC Berkeley and was working at a job in the San Francisco Bay Area. Shortly after returning from a hiking trip to Yosemite, he came down with a serious case of mono…and  never felt well again. Within a year, he was diagnosed with chronic fatigue syndrome, and about a year and a half later tested CDC-positive for Lyme disease. He’s been through a wide variety of treatments, and still struggles with his health daily.

But this blog isn’t really about that.

Joey, now 27, is embarking on a new project.  He’s starting an on-line support group for young adults (in their 20s and 30s) who are dealing with neuroimmune conditions such as chronic fatigue syndrome (ME/CFS), chronic Lyme disease, fibromyalgia, atypical MS, multiple chemical sensitivities, and mold illness.

“During the five years I’ve been sick, I’ve always wanted to connect with other people my age who were dealing with similar issues,” he says. “There hasn’t been a good way to do that.”

So he has created “Healkick,” an on-line support group.

If you want to join, you’ll need a Google email account. (More details here.) You’re also invited to “like” the Facebook page, which is entitled Young Adult Patients with ME CFS, Chronic Lyme, Fibromyalgia etc.

The Facebook page is for public announcements and is open to anyone. The Healkick Google group is for personal sharing and is limited to members only. Currently, it has about 80 participants. Joey hopes it will grow and provide a forum where people can learn from each other and potentially form friendships.

When you’re dealing with these kinds of health problems, Joey says, “you sort of become invisible.” He’s trying to change that. If you are in the target age group, why don’t you help him?