LYMEPOLICYWONK: Spotlight on an IOM Speaker: Does the IOM Know the Difference Between Dogma and Science? Rumor Hassett They Don’t! 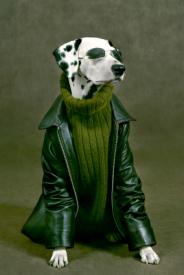 The IOM has slotted Afton Hassett to speak about “Potential Bio-Marker Applications for Lyme Disease: Aligning Multiple Symptoms with Biological Measures”. You might think he was a microbiologist or, or, or ? Well, it turns out that she is a Psy.D. What is a Psy.D.? It is a newish graduate degree in psychology. It does not focus on research or statistics, it focuses on the “soft” side of psychology, generally therapy (which is not a bad thing, but why should it weigh in on biology?) What does a therapist have to say about biomarkers specifically and why was she chosen over say, someone who actually knows about biomarkers, like Dr. Ben Luft? I shudder to think that this is about the psycholigization of an illness—namely turning an illness caused by a bacteria into a psychiatric illness, as in “don’t worry, it’s all in your head”. Afton Hassett, Psy.D., hails from the Chronic Pain & Fatigue Research Center, Department of Anesthesiology at the University of Michigan Medical School. Her view in a nutshell? Is that patients are nuts. How refreshing. She publishes with Dr. Lenny Sigal, a highly vocal anti-chronic Lyme light seeker. How reassuring. Some of her quotes follow after the jump. . .

For instance, there is the quote from Hassett’s article, coauthored with Sigal: “Psychiatric comorbidity and other psychological factors in patients with “chronic Lyme disease”:

There is no evidence of current or previous Borrelia burgdorferi infection in most patients evaluated at university-based Lyme disease referral centers. Instead, psychological factors likely exacerbate the persistent diffuse symptoms or “Chronic Multisymptom Illness” (CMI) incorrectly ascribed to an ongoing chronic infection with B. burgdorferi.   . . . . Our findings suggest that multidisciplinary treatment addressing the physical and often emotional suffering of such patients will be more effective than perpetuating the diagnosis of “chronic Lyme disease.”

And here is another conclusion from another article published with Sigal, “Role of psychiatric comorbidity in chronic Lyme disease.”

The prominence of psychological factors in CLD suggests a place for a multidisciplinary treatment effort that centers on a cognitive– behavioral therapy type of approach, targeting mood, coping, and functioning. Such an approach has been shown to be effective for other populations with medically unexplained physical symptoms (43–45). Lastly, any therapy provided for these patients should not perpetuate the chronically sick role. . .

Do you feel reassured?  I don’t.  One has to ask at the end of the day, is the IOM serious in choosing Hassett to deal with biomarkers?  Really?  They discount members of ILADS and highly respected researchers who actually know a thing or two about biomarkers and don’t just “blame it on the patients” when the science is rough.  Why would the IOM choose this speaker on this topic when it had clearer and better choices? Is it possible the IOM experts don’t know dogma when they see it? I’m giving them the benefit of the doubt, which is why I am worried.