NEWS: New Lyme organization formed in the state of Maine 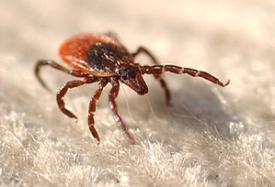 MaineLyme will raise educate the public and help prevent new cases of Lyme disease in that state.

From the Portland Press Herald:

Spreading the word about Lyme disease in Maine

The new nonprofit wants to educate the public and help to prevent cases of Lyme disease in Maine.

With cases of Lyme disease on the rise in Maine, a new nonprofit organization has a mission to educate the public and raise awareness about the tick-borne health hazard.

MaineLyme was officially announced by its board of directors Sept. 1. Its mission is to decrease the prevalence of Lyme disease and other tick-borne illnesses through awareness, prevention, education and advocacy.

In 2008, 908 cases of Lyme disease were reported, a 72 percent increase over 2007, according to the Maine Center for Disease Control and Prevention. The number of cases rose again in 2009, with 929 reported, most of them in Cumberland and York counties. A fact sheet compiled by the Maine Lyme Working Group said these numbers may be underestimated by a factor of 10.

“We’ve been working hard in the past six months with that … in mind,” said board secretary Barb Maurais.

In addition to Maurais, the board of directors consists of president Vicky Delfino, vice president Leslie Abrons, treasurer Susan Holmes, Constance Dickey and Carol Sylvester. Each person represents different facets, including legislative progress and patient advocacy, and some are affected by Lyme disease.