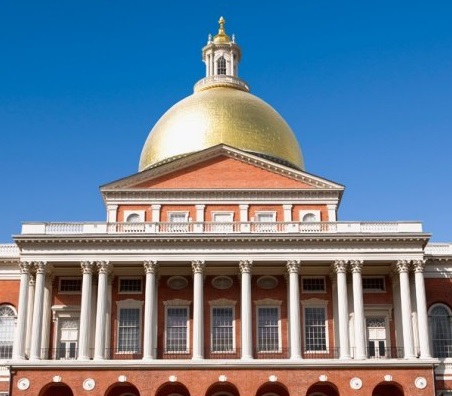 In anticipation of Governor Baker’s veto, we updated our previous advocacy document “Fiction versus Fact,” and have sent it to every state legislator to encourage them to support an override:

In view of Governor Baker’s veto of this vital legislation, we want to clarify some misconceptions about H4491 and to remind you of the following factual information. We hope that this will be help to sort out truth from error in suppositions about the bill.

FICTION #1: Legislators should not pass this bill because they are not qualified to practice medicine.

FACT: This bill does NOT legislate treatment. On the contrary, it enables licensed physicians to make treatment decisions based upon their best clinical judgment, without interference from third-party insurers.

It simply bridges the gap between the physician’s prescription of long-term antibiotics (defined as anything greater than one month), already protected by state law, and the patient’s ability to pay for it through insurance. This approach incorporates both physician judgment as well as patients’ values, consistent with the principles of evidence-based medicine.

.
FICTION #2: The Lyme disease treatment guidelines developed by the Infectious Diseases Society of America (IDSA) in 2006 are the gold standard. Their guidelines recommend only one month of antibiotics, and therefore their treatment advice should prevail. (3)

FACT: The IDSA guidelines for the treatment of Lyme disease are not even listed on the National Guideline Clearinghouse, because they are out of date and don’t conform to the stringent standards for guideline development established by the Institute of Medicine (IOM). The only guidelines for the treatment of Lyme disease currently listed on the NGC website are the guidelines published by the International Lyme and Associated Diseases Society (ILADS), which would support extended treatment with antibiotics, when necessary. (4)

Only a tiny fraction of the IDSA membership claims expertise in the diagnosis and treatment of Lyme disease, and even fewer published the highly restrictive Lyme treatment guidelines that severely limit treatment options. Some IDSA members do not agree with these guidelines, including Dr. Sam Donta, professor emeritus of Boston University School of Medicine, published researcher and former member of the Massachusetts Lyme Commission, who has written to you and testified in support of this legislation.

The IDSA’s Lyme disease treatment guidelines have been the subject of considerable criticism. They were the target of an investigation by former Connecticut Attorney General Richard Blumenthal, who found significant, undisclosed conflicts of interest among the authors. 5, 6, 7 http://www.ct.gov/ag/cwp/view.asp?a=2795&q=414284

The Institute of Medicine (IOM) has cited the IDSA guidelines as an example of the guidelines process gone awry, noting a lack of transparency in the guideline development process (8)
http://nationalacademies.org/hmd/Reports/2011/Clinical-Practice-Guidelines-We-Can-Trust/Standards.aspx

Despite all of these problems, insurance companies rely on the IDSA guidelines in order to deny coverage for Lyme disease treatment.

.
FICTION #3: These treatments should not be covered by insurance because physicians must not be allowed to treat Lyme disease according to their clinical judgment.

FACT: The right to diagnose and treat Lyme disease according to the clinical judgment of the licensed physician has already been granted through legislation passed in MA in 2010 (9)

The opposition of the Massachusetts Medical Society is very surprising because, as a patient-centered approach which respects the physician’s expertise, H4491 supports the mission posted on its website:

“Our goals are to enhance and protect the physician-patient relationship and to preserve the physician’s ability to make clinical decisions for the benefit of patients.”

This approach also is supported by the evidence-based treatment guidelines published by The International Lyme and Associated Diseases Society (ILADS), a multidisciplinary, international medical society dedicated to better understanding and improved treatment for patients suffering from Lyme disease.

As noted above, the ILADS guidelines are the only Lyme disease guidelines currently posted on the National Government Clearinghouse (NGC), indicating their legitimacy and approval from medical guidelines overseers.

H4491 fulfills the recommendation of the Massachusetts Lyme Commission, a multidisciplinary, governor-appointed panel of experts, which recommended mandatory insurance coverage in its 2013 report (10)

H4491 is based on nearly identical legislation which has been in place in Rhode Island since 2004, where the law was made permanent after a one-year sunset period. This was done without a single complaint from insurers, medical specialty groups or small business interests. We fully expect a similarly successful experience in Massachusetts.

FICTION #4: Only a handful of physicians treat patients with long-term antibiotics, a practice contrary to the best standards of care.

FACT: A recent CDC survey noted that 56% of Lyme patients received more than 28 days’ of antibiotics, indicating that many physicians agree that a one-month course is not sufficient for some patients (11) More recently published ILADS guidelines recommend allowing physicians to treat with antibiotics according to their clinical judgment. (4)

FICTION #5: Lyme disease is not a costly problem.

FACT: According to a study published in 1993 in Contingencies, an actuarial trade publication, the average cost of diagnosis, treatment and lost wages related to Lyme disease was $61,688 per year per patient, or$101,064 in 2014 dollars, well beyond the median household annual income in Massachusetts in 2014 of $69,160 (12)

Researchers at Johns Hopkins have found that patients with ongoing symptoms whose antibiotic treatment is suspended after one month go on to see numerous specialists, are prescribed palliative drugs, undergo expensive testing and more (13).

With an estimated 240,000 to 440,000 new cases of the tick-borne illness diagnosed every year, the researchers found that Lyme disease costs the U.S. health care system between $712 million and $1.3 billion a year – or nearly $3,000 per patient on average – in return doctor visits and testing. These visits come after patients have finished their original course of antibiotics (see link below for more information)
https://www.sciencedaily.com/releases/2015/02/150205095049.htm

The cost of an additional course of antibiotics is dwarfed by comparison, and will save money for Massachusetts by promoting earlier diagnosis and effective treatment.

FICTION #6: Legislators should not pass legislation which is disease specific.

FACT: There is a clear precedent for legislative intervention in specific diseases. Not long ago, breast cancer patients were denied the right to choose lumpectomy, a less invasive procedure, over radical mastectomy. In response to protests, several states passed protective legislation, allowing women to choose lumpectomies, and mandating insurance coverage for that procedure. Lumpectomies are now recognized to be the more appropriate and humane procedure for many women.
http://sd27.senate.ca.gov/news/2012-10-09-all-breast-cancer-patients-deserve-safe-surgeries

.
FICTION #7: Long-term antibiotic therapy may be dangerous, even leading to potentially fatal infections in the bloodstream in the case of intravenous (IV) treatment.

1) Long-term antibiotic treatment is used in a relatively small percentage of patients with Lyme disease, but has been described as safe (14).

2) IV is prescribed routinely in patients with other serious infectious diseases, such as tuberculosis, in which the full course of antibiotic treatment necessary to eradicate the infection includes up to two years of therapy

3) It is not unusual for adolescents to receive long-term regimens of oral antibiotics as treatment for the relatively more benign problem of acne, citing the risk of facial scarring and “long-lasting psychological harm” as the rationale for treating (15)

4) Cancer patients are not denied life-saving treatment because of a fear of potential side effects, nor should Lyme patients be denied.

.
FICTION #9: There is no convincing data to support the claim that Lyme disease can persist in humans beyond 30 days of antibiotic treatment.

FACT: The IDSA has ignored credible evidence gleaned from more than 21,000 peer-reviewed scientific articles that Lyme does in fact persist.

In 2012, for example, one such article described the persistence of the Lyme bacterium in primates after having been treated with antibiotics (18)

More recently, researcher Kim Lewis, Ph.D., of Northeastern University, has reported on viable Lyme persister cells which survive and thrive in the laboratory after antibiotic treatment (19, 20)

The highly respected David Volkman, Ph.D., M.D., Emeritus Professor of Medicine and Pediatrics, SUNY, Stony Brook, NY, a former Senior Investigator at the National Institute of Allergy and Infectious Diseases (NAIAD), a component of the National Institute of Health (NIH), and previous Chairman of both the Internal and External Review Boards of the NIAID, testified at a July, 2009 IDSA guidelines hearing that the IDSA guidelines should be changed, and said that:

“In the face of both animal and human evidence of persistent borreliosis following inadequately treated LD, it is disappointing that Guidelines members continue to dismiss the possibility of persistent borreliosis with unreferenced assertions that it has been “discredited” by “current thinking.” Since mouse models of persistent borrelia infection exist it should be straightforward to design an antibiotic regimen that eliminates this infection. However instead of urging the development of better diagnostic tools to identify individuals with previous infections who may still be infected with chronic symptoms, Guidelines members merely assert the unsupported dogma that chronically infected people are all seropositive. This claim is simply untrue. Some of these committee members have testified as “expert witnesses” for insurance companies attempting to deny health benefits to chronically symptomatic individuals and written articles disputing its existence.”(22)

FACT: A Center for Health Information and Analysis (CHIA) report in 2014 estimated the possible increased cost of insurance to be zero to eleven cents per year (23)

.
FICTION #11: There is no evidence that extended antibiotic treatment (defined as anything beyond the one month allowed in the IDSA guidelines) is effective.

FACT: A critical analysis of at least one retreatment study which failed to find improvement determined that its results were not valid due to flaws in the study design, which lacked statistical power (24)
In his recent presentation at the 2016 Lyme conference at Massachusetts General Hospital, Dr. Brian Fallon of Columbia University also cited retreatment studies, including his own NIH-sponsored research, in which patients showed improvement (25, 26)
In her recent testimony at the recent public hearing in Bolton, MA, Dr. Nevena Zebcevek, Co-Director of the Dean Center for Tick Borne Illness, Spaulding Rehabilitation Hospital, cited three antibiotic retreatment studies in which patients demonstrated improved cognition and fatigue (27)

FACT: According to the CDC, Children are in the age group most heavily affected by Lyme (28)

Some of these children are misdiagnosed with primary psychiatric disorders and placed on powerful medications not even validated for the pediatric population (33). Where is the outcry against that practice?

These children lose years of normal childhood, and many continue to struggle with impaired health as young adults. The resulting emotional and physical trauma experienced by these young patients and their families is enormous and must be remedied.

.
FICTION #13: The bill’s provision concerning insurance coverage for off-label use of drugs (different than long-term use of antibiotics) is unprecedented and is a reason to vote against a veto override.

FACT: That provision is actually similar to pre-existing Massachusetts law requiring coverage of off-label drugs for the treatment of cancer if such a drug is approved by the FDA for any indication. So the notion that the provision in our bill sets precedent is simply false. Moreover, like in the cancer coverage law, even off-label use of a drug must be supported in medical literature as a recognized standard of care. This provision does not protect physicians using an off-label drugs from meeting a recognized standard of care for the treatment of Lyme disease. Until and unless it does so, a treating physician would not be authorized to prescribe such drug, let alone force an insurer pay for it.

CONCLUSION
Passage of H4491 would send a message that Massachusetts respects and protects the physician-patient relationship, along with the right of the physician to prescribe treatment which is responsible, thoughtful and best for the individual patient. We urge you to override Governor Baker’s veto of this vital bill.