Think about patients who benefit from long-term Lyme treatment 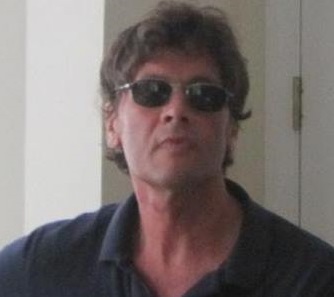 Stephen Walker of Cambridge, MA, wrote the following letter to the Boston Globe. It was published August 8, 2016.

I am a patient with Lyme disease who has benefited substantially from long-term antibiotic treatment. I write in response to your Aug. 3 editorial on recent legislation regarding Lyme disease (“Two votes on health: One wise, one emotional”).

I question your assertion that a two- to four-week regimen of antibiotics almost always kills the borrelia bacteria. No studies show 100 percent eradication of the bacteria using normal antibiotic therapy. Studies that claim no benefit to “long-term” antibiotic therapy consider only a few months as long-term. Chronic Lyme disease takes years to treat, just like tuberculosis, and any studies that compare treatment durations should define “long-term” as years, not months.

The Globe could interview researchers such as Dr. Kim Lewis at Northeastern University, or Drs. Ying Zhang and John Aucott at Johns Hopkins, who have found the persistence of borrelia bacteria following many weeks of antibiotic exposure. Or interview physicians who have successfully treated thousands of patients by using long-term antibiotic therapy.

The “chronic aftereffects” you cite are actually the symptoms of an active infection and include paralysis, cardiac abnormalities, cognitive and sensory-neurological disturbances, and debilitating pain. Lyme can affect every system of the body.

Tick-borne diseases can be very serious and sometimes fatal, and cases of infection are increasing in Massachusetts.

The editorial notes that “anecdotes, no matter how compelling, aren’t a substitute for scientific evidence.” My life is not an anecdote, and I am insulted that the Globe would assume that it knows more about what is best for my health than me and my physician. Three years of antibiotics has reduced my symptoms by about 80 percent. Is the Globe suggesting that I should suffer from a treatable illness rather than continue a treatment that is working?

The Legislature did not mandate a treatment; it eliminated an economic restriction that was preventing treatment and mandated the option for clinicians to provide proper care to their patients. This sensible law will save money for insurers by allowing patients to get treatment before the disease progresses.