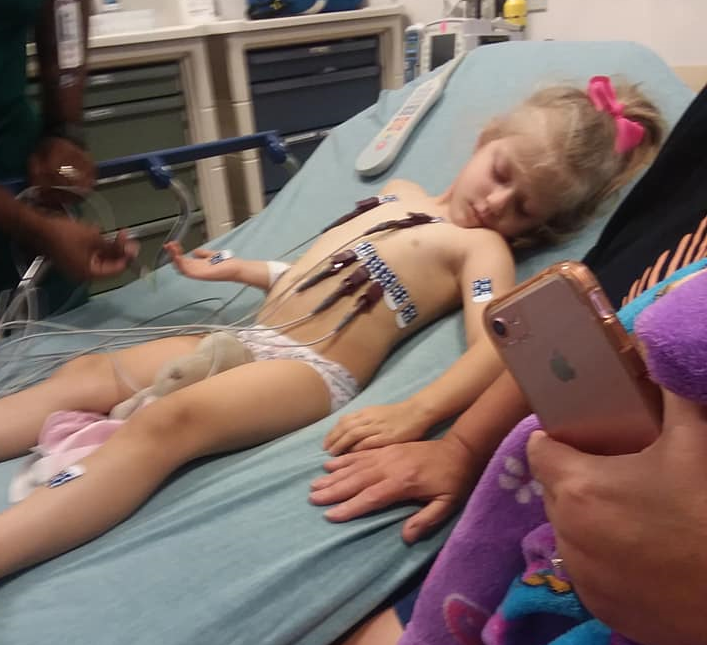 A mother’s posting on Facebook has gone viral. Here’s her story.

Gina Elizabeth, of southwest Pennsylvania, took her four-year-old daughter Morgan to her local hospital in June for what she described as “a mystery rash.”

She told the doctors the girl had been “bitten by a bug” about two weeks earlier. “They assured me that wasn’t relevant,” she writes.

The doctors diagnosed it as cellulitis, which is a bacterial skin infection. “Something in my gut said this wasn’t right,” Gina says. “They were wrong. They were incredibly wrong.”

The next day, the girl had a fever of 103 degrees, and Gina took her daughter to a differe 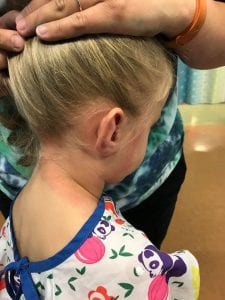 Here, it was discovered that Morgan had a large bull’s-eye rash on her neck and other symptoms of Lyme disease. The new doctors put her on antibiotics immediately. 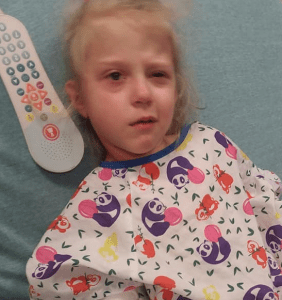 paralyzed [from Bell’s palsy], making it hard for her to eat, chew and swallow.

She can’t drink from a straw or a cup and needs to use a spoon to drink liquid.

Her right eye doesn’t close completely and tends to dry out. She is extremely fatigued and highly sensitive to sound and light.

The mother adds the following warning: “Please, please, PLEASE, spray your children, animals, and self before going outdoors. Don’t let this happen to your loved one.”

Recent reports say Pennsylvania has the highest number of Lyme cases in the whole country.

Why couldn’t the first doctors recognize Lyme when it was staring them in the face? Why would they dismiss the mother’s report of a recent bug bite as “irrelevant”? Why didn’t it even occur to somebody at the first hospital that Lyme was a real possibility?

Although the child is on antibiotics now, and I’m told, is resting at home, I hope the family will find a Lyme-literate doctor to evaluate her further. She should be checked out for possible co-infections–other nasty stuff that can be transmitted by the same tick bite that gave her Lyme.

Two Pennsylvania-based organizations may be able to give useful guidance for resources in their area:

Take home messages from this story: