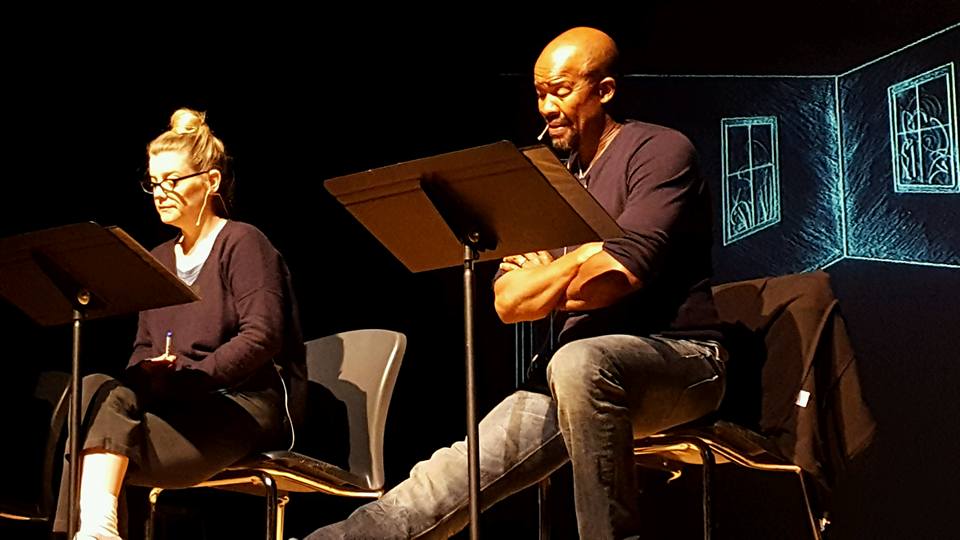 In the summer of 2013, 17-year-old Joseph Elone from Poughkeepsie, NY, returned from two weeks at a summer camp feeling lousy, with a cough, a sore throat, and other symptoms that just wouldn’t clear up.

He finally went to the doctor, who among other things gave him a Lyme disease test, which came back negative. The doctor diagnosed him with a virus and sent him on his way.

In a shocking turn of events, soon Joseph collapsed outside his family’s house and died without ever regaining consciousness. An autopsy showed Lyme spirochetes in his liver, heart, lungs and brain. The official cause of death was Lyme carditis—a condition which interferes with electrical signals in the heart.

Understandably, his parents and brother were devastated by the loss. Yet, in time, they wanted to share their story to help shine a light on the growing Lyme disease epidemic.

Thus began a remarkable artistic collaboration between the Elone family and Storyhorse Theater, a project started by writer/actor/filmmaker Jeremy Davidson and his wife, screen and stage actress Mary Stuart Masterson.  The result of this partnership is a docu-drama called “The Little Things: One family’s battle with Lyme disease.”

I was familiar with what happened to Joseph from news accounts and had read about “The Little Things” when it premiered in Poughkeepsie last year.  I finally had a chance to see the production last week in Vestal, NY, where it was presented in conjunction with the Southern Tier Lyme Disease Support conference. I went into it wondering how the story would be told.

The staging is quite simple: four actors sit on chairs, with words and pictures sometimes projected on a screen behind them. The characters are Joseph’s parents, Benedict and Diane Elone, his older brother Emmanuel, and Joseph himself (though his is mostly a silent presence, with a few riveting exceptions).

The actors, David Pegram (Emmanuel), Cornelius Davidson (Joseph), Kellie Overbey (Diane) and Leon Addison (Benedict), make us totally believe we are in the presence of the actual family members.

They speak their parts—most of it taken verbatim from transcripts of conversations between the show’s creators and the Elones—as if we are guests in their living room, and they are telling us what happened.

It feels so incredibly REAL. Layers of painful emotions, leavened occasionally by lightness and even humor. Kind of like you’re attending a wake, where people smile through their tears as they recount fond memories of their missing loved one.

Yet, it’s so much more than that. Their poignant words, so skillfully communicated by these actors, paint a greater picture than merely the tragic tale of a young life cut short.

The story of Joseph Elone illustrates much of what’s wrong with the standard medical approach to Lyme disease.

Here was a young man who returned from a camp in Rhode Island—a state known to be highly endemic for tick-borne diseases—who presented with flu-like symptoms in the summer time.  (Ring any bells, people?)

He went to the doctor in his home region of NY’s Hudson Valley, also a place that is highly endemic for Lyme disease. So tick-borne illness should be high on any local doctor’s radar.

Yet, based on the results of a crummy lab test, which even the IDSA and the CDC admit isn’t accurate in the early weeks of infection, the decision was made that Joseph couldn’t possibly have Lyme disease.

Would immediate Lyme treatment have staved off this young man’s death? That will remain forever unknown. But how heartbreaking that Joseph and his family never had the chance to try.

The hour-long production of “The Little Things” was followed by a question-and-answer session with Lyme disease expert Dr. Richard Horowitz and the show’s creators, Davidson and Masterson.

Here’s an ironic twist revealed during that Q&A:

The husband and wife who created this show had never had any personal experience with tick-borne illness before. They became interested in the topic because Joseph’s family lived in their area. Yet, sometime after the show was launched in 2015, Mary Stuart Masterson and two of the couple’s children contracted Lyme disease!

It appears that their cases were caught early, and they seem to be doing fine. (Though Masterson says she continues to freak out about even the remotest possibility of tick exposure.)

“The Little Things” is excellent theater. Coupled with the medical perspective of Dr. Horowitz at the end of the show, it’s also a compelling way to ring the alarm about an epidemic that should no longer be ignored.