TOUCHED BY LYME: WNBA says COVID no risk to player with Lyme disease 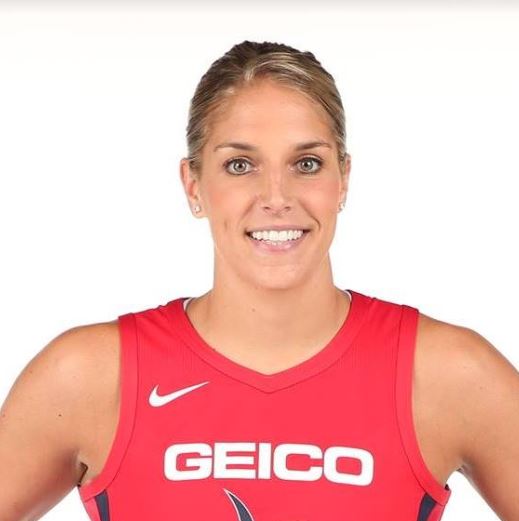 People who have battled Lyme disease for many years are accustomed to having their illness dismissed as non-existent or “no big deal” by mainstream medical practitioners.

This week, however, when it happened to one of the top female basketball players in the country, it made the national news.

Here’s how it came down: The Washington Mystics’ Elena Delle Donne—the 2019 WNBA Most Valuable Player—asked the league for a medical exemption this season.

According to the athlete and her doctors, her 12-year struggle with Lyme disease has compromised her immune system. This puts her at an increased risk of severe consequences if she contracts COVID-19 in the WNBA’s “bubble.” (The bubble is the theoretically protected setting in which teams will practice and play this summer, supposedly without contact from the outside world.)

The WNBA’s panel of doctors said no.

As Delle Donne subsequently wrote in an article on The Player’s Tribune:

The doctor who treats my Lyme disease wrote up a full report, detailing my medical history and confirming my high-risk status. The Mystics team doctor (who is awesome, but who’s never treated my Lyme disease) wrote a report essentially deferring to my Lyme disease doctor, and agreeing about my high risk profile. I filed both reports to the league, as required, along with a signed form waiving my right to an appeal.

A few days later, the league’s panel of doctors — without ever once speaking to me or to either of my doctors — informed me that they were denying my request for a health exemption.

I’m now left with two choices: I can either risk my life… or forfeit my paycheck.

News of the denial resulted in a fair bit of negative publicity for the WNBA. Here are some examples:

USA Today Sports: It’s ridiculous the WNBA is forcing Elena Delle Donne to choose between her health and her paycheck

A couple of days later, the Mystics team announced that they would in fact pay Delle Donne her salary this year—whether or not she enters the bubble. But according to her agent, those details have not yet been worked out.

Another wrinkle: According to ESPN, the WNBA doctors granted a medical exemption to player Jessica Breland of the Phoenix Mercury. She will sit out the season and still receive her salary.

Breland had Hodgkin’s  lymphoma about 10 years ago when in college in North Carolina. In a statement to the press, she said, “The threat of COVID-19 has forced me to acknowledge a harsh reality: although I am one of the top 144 WNBA players, my battle with cancer years ago left me vulnerable to coronavirus.”

It may seem curious that the WNBA’s medical panel validated Breland’s concerns–and threw Delle Donne’s request in the wastebasket. Though actually, not curious at all. That’s pretty much how mainstream medicine has treated Lyme disease for decades.