TOUCHED BY LYME: What a real "patient representative" actually looks like 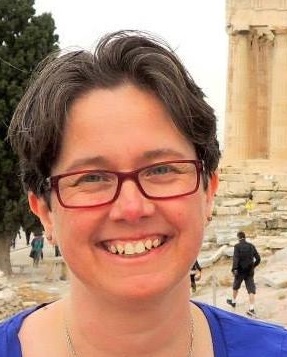 Guest blog from the former president of the Lyme Disease Association of Australia.

As we have recently reported, the IDSA’s choice for the “patient representative” on its new Lyme guidelines panel is deeply troubling. The person who is supposedly our voice at the table has never had Lyme disease, has no experience with it, and knows nothing about the daily struggles that Lyme patients go through or how difficult it is to find appropriate treatment

Our recent blogs on this topic brought forth an intriguing response from an unexpected corner. Nikki Coleman, former president of the Lyme Disease Association of Australia, told us how a similar situation played out in her country.

The IDSA’s selection of a patient representative who reportedly has no experience with Lyme disease is alarming. It appears to be an attempt to merely “tick the box” (pardon the pun) to appease the criteria for patient inclusion in the requirements for “trustworthy guidelines,” produced by the Institute of Medicine (IOM). The experience for Lyme patients in Australia could not have been further from that situation.

Following growing community pressure and subsequent requests from State Medical Officers, the Chief Medical Officer (CMO) of Australia, Professor Chris Baggoley, created the Clinical Advisory Committee on Lyme Disease (CACLD) in 2013.  The invited members of that committee represented all sides of the Lyme debate; including infectious disease doctors, pathologists, international experts, researchers and treating doctors. However, there was no patient representative, no one advocating the lived experience of Lyme disease.

The Lyme Disease Association of Australia wrote to  CMO Baggoley seeking formal representation on the committee. The LDAA nominated me—someone who lives the experience of Lyme as a patient and a carer, and has a deep understanding of the unique issues surrounding Lyme disease internationally and in Australia. I am also a professional bioethicist. Unlike the experience in the US, I was welcomed onto the CACLD and its Diagnostic Working Group.

Some highlights for me as the patient representative were:

–       Discovering that the majority of committee members genuinely desired to advance the discussion and issues surrounding Lyme in Australia.

–       Observing the CMO and his staff receiving hundreds of letters and emails from Lyme patients all around Australia regarding their situation, and being genuinely moved by their stories.

–       Presenting the LDAA’s response to the Scoping Study on Lyme disease in Australia (written in collaboration with more than 200 patients), and having that recognized by the CMO as being a high quality research publication.

–       Presenting the LDAA response to the Royal College of Pathologists of Australasia’s (RCPA) Position Statement on Lyme disease. The LDAA found the report to be full of scientific inaccuracies and false assumptions. (In the US, Lyme patients battle the IDSA. In Australia, Lyme patients battle for appropriate diagnostic tests against the RCPA. This group asserts that there is no Lyme disease in Australia and implies that all positive tests are falsely positive).

–       Briefing the CMO regarding Lyme disease and real patient experiences.

–       Facilitating direct conversations between senior staff in the Department of Health and the Lyme Patient Consultative Group convened by the LDAA. This valuable two-way conversation brought forth the concerns of a broad cross section of patients.

–       The privilege of representing my fellow patients ensuring that their voice was heard in the formulation of an Australian Case Definition for Lyme disease.

–       The transparency of a very difficult process.

The often empty argument against having patient representatives on guideline panels is that the discussion will need to be “dumbed down.” My experience was anything but “dumbed down.” Australia’s patient community includes professionals, scientists, lawyers, and doctors. Instead of diminishing the standard of the committee, including a patient representative enhanced the discussion. It brought the lived experience of Lyme disease to the table. At times I was able to raise issues which committee members had not previously considered.

If anything, the Australian experience has demonstrated how a knowledgeable patient representative can help shift the way health officials view Lyme disease. Most contemporary medical organizations are currently moving towards more patient-centered outcomes.Yet, it seems that the IDSA is moving in the opposite direction. The IDSA’s approach is archaic. It will ultimately result in the very situation they claim they are attempting to avoid: more ‘un-trustworthy’ guidelines. The IDSA runs the risk of becoming completely irrelevant to mainstream medicine, simply because they cannot engage in a guideline review process that follows the IOM guidelines.  Sadly, people with Lyme disease will likely pay with their lives.

Is the situation in Australia for Lyme disease patients perfect?  Absolutely not. Patients are routinely discriminated against, unable to get treatment, and have little access to reliable testing. However, they are at least at the table discussing these issues, and being regarded with respect in the process. In the US, it seems patients are being viewed as petulant children who dared to complain that they weren’t being treated adequately. It is time for a change in the US. But sadly, who will change the practices of the IDSA? It seems that patients and the government are largely unable to make that happen. Perhaps it is time for members of the IDSA themselves to stop these unethical practices which reflect badly upon the credibility and relevance of their organization.

Nikki Coleman was the President of the Lyme Disease Association of Australia from 2010-2013, a member of the Chief Medical Officer of Australia’s Clinical Advisory Committee on Lyme Disease and Diagnostic Working Group, and is currently a visiting research fellow at The Hastings Center in New York.