TOUCHED BY LYME: Game warden who died from Lyme to be honored in Washington DC 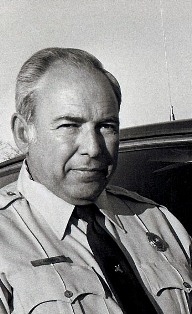 His name will be engraved in the National Police Officers Memorial.

Johnny Maisano was an Oklahoma game warden who contracted Lyme disease on the job in the 1980s. After two years of struggle, he succumbed to the illness in 1990.

Now, Maisano will have his name engraved on the National Police Officers Memorial in Washington, DC. The memorial honors law enforcement officers who have died in the line of duty.

May 15 is Peace Officers Memorial Day, and that week is designated as Police Week. Tens of thousands of law enforcement officers from around the world converge on Washington, DC to honor their fallen brethren in a variety of ways.

Col. Robert J. Fleenor, chief of law enforcement for the Oklahoma Department of Wildlife Conservation, told an Oklahoma newspaper: “One of the reasons he is being honored is because of his work outdoors which ultimately led to his death.”

Through his work, an Oklahoma game warden will become exposed to various parasites, including ticks and mosquitoes, and some dangerous venomous reptiles such as rattlesnakes, copperheads and water moccasins, Fleenor said. “In the woods, it’s not just the bad guys game wardens have to keep an eye out for.”

When we hear that an officer has died in the line of duty, we may assume it was something immediate, like a gunshot wound or a vehicle accident. But officers who venture out into tick habitat put their lives on the line in an entirely different way. Contracting Lyme disease on the job–and dying from it–is another way of making the ultimate sacrifice.