TOUCHED BY LYME: Coronavirus in NYC, both with and without Lyme disease 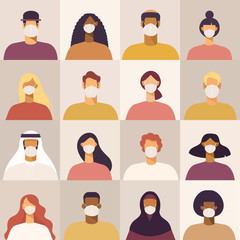 I get a lot of questions from readers asking how COVID-19 might affect people who also have Lyme disease. A recent blog recounted how one woman had “COVID Toes” and other symptoms. In the following, a Lyme patient describes very different symptoms.

The author is a 46-year old California woman with long-term Lyme disease who recently visited her 56-year old boyfriend in New York. Unfortunately, they both came down with COVID-19 while she was there. She prefers not to share her name.


I arrived in New York on March 12. My boyfriend lives there, and we planned on a weekend ski trip to Vermont. I knew it was a bit risky but at that point, New York had only about 200 cases of COVID-19. I figured we’d go to this little town in Vermont and I’d leave early.

Unfortunately, we both came down with symptoms on March 17, the day I was scheduled to fly back to California. It started with the tiniest cough early in the day. I even thought it might be psychosomatic. Yet, by early evening, I felt warm. Took my temperature late in the evening. I had a fever that kept climbing and climbing, going as high as 103. My cough also worsened.

We went to sleep, and I woke up an hour and a half later with body aches and a headache. I was awake for three hours, unable to sleep because the pain was so intense. My boyfriend did not have body aches or a headache, but he had a high fever. We both slept until early afternoon.

When we woke, we felt a little better. Body aches were gone, but I still had a headache and a high fever. We walked down to the local urgent care. I was able to get tested because I told them my doctor back home had told me I’m considered “high risk.” While we both felt crappy, feverish and had chills, we thought to ourselves “this is not TOO terrible” and that we likely had mild cases. The doctor tested me for the regular flu, and it came back negative. My positive COVID result came four days later.

We spent the next few days sleeping a lot, still having high fevers, severe fatigue and diarrhea. This is where our symptoms diverged. I continued to have fatigue and a fever until I think, day 10. But my boyfriend developed severe weakness, severe diarrhea (3-5 times a day), loss of appetite and shortness of breath. I lost my sense of taste and smell, but he did not.

We went to see his doctor on March 26. His oxygen saturation was 93%. His doctor called an ambulance and we went to a hospital in Brooklyn. Upon arrival, an attending doctor waved her hands in the air indicating they were too overwhelmed to take him. The EMTs said they were unable or unwilling to take him elsewhere. He did not receive good care and attention there. An x-ray showed he had pneumonia, but he was told it was “not that bad” and he was discharged.

Meanwhile, I had been waiting in a separate waiting room where someone threatened to beat me up because I’m Asian. I had to leave and met my boyfriend back at our Airbnb. (We had moved out of his place to protect a roommate with multiple sclerosis.)

By Day 10 or so, I felt close to my baseline. But my boyfriend continued to worsen. Luckily, we have several doctor friends in New York and stayed in touch with them. I don’t think my boyfriend truly conveyed how labored his breathing and weakness had become, as two out of three were saying they understood he felt terrible but they feared he’d be discharged again if he went back to the hospital.

He was so ill that I spent a couple days fearing I’d wake to find him dead. He was reluctant to go to the ER again, afraid he would expend the little energy he had, only to be turned away again. But three days after our initial trip to the ER, he admitted he was worse, and I called 911. They arrived approximately 45 minutes later as this was around peak hospital admittance. The EMTs said he would definitely be admitted.

He spent two weeks in a different hospital, where he received wonderful care. One of our doctor friends works there and she was in constant contact with me. When she wasn’t there, she would check on him or call in to check on his chart. We were so blessed to have her, and we’ll be eternally grateful.

He was severely ill in the hospital and actually got worse. He did not get out of bed for 12 days, not even to use the restroom. His pneumonia worsened, fever persisted, he developed weird bumps on his chest and eventually lost about 25 pounds. Our friend told me after he was released that he was very close to being intubated. As many of you may know, 88% of those put on ventilators in NYC have died.

Symptoms go up and down

The day after he went into the hospital, my fever and fatigue (beyond my normal fatigue) came back. I also thought I might be getting a little winded and my cough that had been gone for days came back worse than before.

This lasted another four days until I was mostly symptom-free, including the return of my sense of taste and smell. I also noticed red marks on my chest at some point that have not faded and wrinkles on my forehead that I never had before.

My boyfriend was released after 14 days and while he still gets winded, he’s doing well. It’s been three weeks since he was discharged. We have noticed some odd health issues that we are monitoring. He’s been losing his voice a bit and I’ve been having intermittent, mild chest pains. I’ve also noticed my memory is worse than usual.

I took an antibody test that came back positive. I was told that it detects immunity but for how long, they are uncertain. However, the doctor said they suspect it is a year.

When my boyfriend was so sick in the hospital, he tested negative for the virus. Later, after he had largely recovered, he tested positive for antibodies. In fact, his test results showed he had over three times the required antibodies to donate plasma. Due to Lyme, I won’t be donating plasma.

The virus affects everyone differently. My boyfriend has no known health issues but was deathly ill. I have chronic Lyme disease, but fared better than he did.

Update: I have returned to California and followed up with my doctor. He said I have something called B lines in my lungs, noting inflammation. The doctor said it was not that bad, but he thinks it is damage from COVID.

He also said that if I had a CT scan of my lungs, he felt certain I would have the ground glass opacity that is so common with COVID patients. I find this curious, considering I did not really have trouble breathing and I thought my lungs were spared. I did think this was unusual since breathing issues are a hallmark symptom.

The author of the above comments prefers to remain anonymous.