TOUCHED BY LYME: Tick bite on groin is no laughing matter 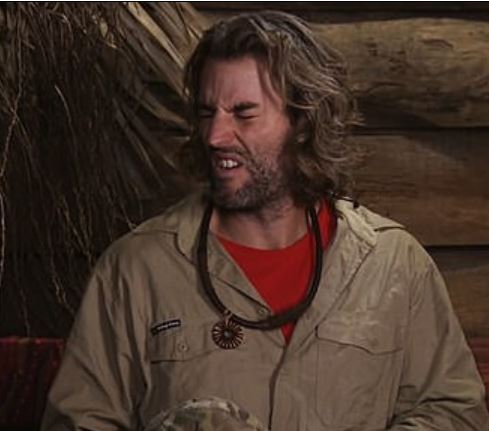 I’m a Celebrity…Get Me Out of Here is an Australian reality TV show, similar to Survivor.

A group of celebrities is deposited at a wilderness campsite with few creature comforts–and must compete with each other in various challenges, until there is a final winner.

In this week’s episode, comedian Ash Williams found himself in a seriously unfunny situation—with an attached tick near his groin.

Here’s how the Lyme Disease Association of Australia described it on Facebook:

Last night’s episode of the reality TV show “I’m A Celebrity… Get Me Out Of Here!” showed comedian Ash Williams finding a tick “on his tackle.” Amid general hilarity, a medic was called to remove the tick. The potential seriousness of the whole incident was played down in favour of witty quips. In short, the tick bite was treated as a joke.

In its article on the incident, the Daily Mail reassures its readers by referring to part of the Australian government’s advice on tick bite on the Health Direct website, noting only that “in Australia a tick bite is usually harmless, but sometimes it can cause an allergic reaction or serious illness.”

But there’s far more on that site: “…Tick bites can sometimes cause other illnesses such as rickettsia infections, Queensland tick typhus, Flinders Island spotted fever and possibly Lyme disease or Lyme disease-like conditions. However, whether these are linked to a tick-borne illness in Australia is still being investigated.”

The site then goes on to advise us all to “See your doctor if you have had a tick bite and you experience any of these symptoms for more than a week:

Reportedly, this season of the popular TV show was filmed in November and December of 2020, and started airing this month. No word on whether Mr. Williams has exhibited any symptoms during that time. For his sake, I hope that the medic did a good job of getting that tick out promptly, before it had time to make a life-changing deposit in this guy’s body.

That’s a punch line nobody wants to hear.

Click here to see a video of the program. The drama/hilarity regarding the tick is in the first minute.