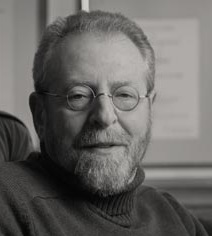 Jeffrey L. Diamond, is an award-winning television news producer and mystery writer who lives in western Massachusetts. He has written a two-part series for the Berkshire Eagle about his recent harrowing experience with tick-borne anaplasmosis.

Anaplasmosis. What in God’s name is anaplasmosis? Until I was stricken, I had never heard of this sometimes deadly tick-borne disease. Sure, everybody knows about Lyme disease, but few of us know anything about the other dozen or so tick-borne infections including anaplasmosis.

Anaplasmosis is caused by a bacterium called Anaplasma phagocytophilum that’s carried by a blacklegged tick. The onset of symptoms usually takes a little over a week. Some people weather the infection without ever being diagnosed only suffering cold or flu-like symptoms.

…But five percent of us suffer far more dangerous symptoms requiring hospitalization. And about one percent die from anaplasmosis within a month. I was one of those five percent who landed in the hospital and probably would have died from the disease without the quick thinking of my primary care physician. READ MORE.

As we left our home in Richmond on Tuesday, June 6, I could barely stand. I have vague memories of stumbling into the doctor’s office and of Dr. Prestwood sitting at the computer reviewing the test results from my visit to the emergency room two days before. After noting the timeline of my symptoms, she told us I might be suffering from a tick-borne disease — the first time a doctor had raised that possibility. So she ordered a blood test to confirm her suspicion and placed me on doxycyline, a decision that probably saved my life. READ MORE.