HARD SCIENCE ON LYME: Trials and tribulations of getting Borrelia biofilms acccepted for publication 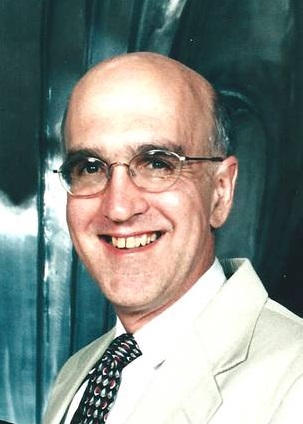 In this guest blog, pathologist Alan MacDonald describes the struggle to publish the discovery of Borrelia biofilms and what the existence of these biofilms means for chronicity and treatment.

In the original release of UNDER OUR SKIN [UOS] my parting remarks are about the exciting future of biofilms of Borrelia – the Next Big Thing. At the time of filming, we already had the proof in hand, but we had to get our paper published. We had to get it past an editor in chief of a journal with good academic standing in the world of medical publishing. We knew that we would not succeed with the Journal of Infectious Diseases or Clinical Microbiology and Infectious Disease or with the newsletter to the membership of the IDSA.

The most important milestone happened in November 2012 with the long-awaited publication of the PLOS ONE article on In Vitro Biofilms of Borrelia Burgdorferi.

It took six years of tedious and gut-wrenching work to get the article into a prestigious journal, PLOS ONE.  The acceptance for the article to be published was, like some births, not an easy delivery. The original manuscript reviews required mandatory revisions – non-negotiable revisions. The most onerous of these was the directive by the editorial staff  to remove any and all language from the manuscript which  connected the significance of biofilms of Borrelia  to human medicine, human disease, and to Lyme disease specifically. They also required us to remove any and all language relating to attitudes toward the proper treatment of Lyme disease and related Borrelia infections. We acceded to these demands.

Why would PhD reviewers be at all interested in MD-type concerns? Here the existing politics provide an answer.

None of the three reviewers was an IDSA-aligned person. All of the reviewers, as far as we could determine, were European microbiologists with special life experience in biofilm biology of other non-Borrelia microbes.

The sticky wicket about biofilms is that biofilms of the infectious type are ALWAYS a marker of CHRONIC INFECTION.

Chronic Lyme borreliosis was then and in 2013 still is a much disputed entity.

Allowing biofilms of Borrelia to attain academic respectability through publication of the Sapi et al In Vitro Borrelia biofilm article, would provide the conceptual link by a microscopic structure {biofilm of Borrelia community}and overturn all of the objections to the impossibility of chronic borreliosis as a validated entity.

Nobel Prize Laureate Izzy Singer used to tell the story of when he was a young child in school.  “I would come home and each day my mother would not ask me, ‘Izzy, what did you learn in school today,’  but rather, ‘Izzy, did you ask a good question?’”

So, did we ask a good question?

Two weeks after the PLOS ONE publication of the Sapi biofilm In vitro paper, the Sapi Group at the University of New Haven in West Haven, CT, made the announcement that indeed, Borrelia biofilms were detected under the microscope in a human skin biopsy from a European patient with cutaneous borreliosis.

Sapi’s group also started to look into the tick gut, to see if Borrelia biofilms are there in the living tick, as a measure to maintain the Borrelia through a period of starvation, before it bites its next human victim. This work has also been paradigm-shifting.

Now to look ahead to the paradigm shifts yet to come.

MacDonald has announced that the plaques of Alzheimer’s disease are biofilm communities. That is about as chronic and disease-associated and disease-producing in the human body as any biofilm professional could ever want to have on a resumé.

How do we attack and remove biofilms? That is another tough question.

Biofilms are fortress-like communities which are from inception designed to survive all manner of attack, including high-dose, long-term antibiotic therapies through IV lines surgically sewn into the veins of sick patients who require such therapy. So antibiotic therapy is not a panacea for eliminating biofilms of any microbe.

Just before Dr. Bill Costerton passed away from pancreatic cancer in 2012, he recorded a video interview on YouTube. In that interview he discussed many things about biofilm biology. Costerton, as the author of many peer-reviewed articles on biofilms of many species of microbes, was ideally situated to editorialize about all things biofilm.

One of the topics which he introduced at the end of the video was the concept that ultrasound energy , correctly administered to test tube biofilm communities actually breaks up the protective matrix and opens up the heretofore protected bacteria to the action of antibiotics, which can then get to the bugs and kill them.

So there is more than a “vague new direction” for killing biofilm infections. Costerton has built us an eight-lane highway.

More about this later.

In UOS I made the promise that biofilms would be the Next Great Thing. That promise has been kept, and more great things will accrue to Lyme borreliosis patients because of basement laboratory investigations.

PS: This week the Lancet Infectious Disease Journal 2013: 13:(8) :719-724 has a manuscript  discussing Streptococcus gallolyticus and cancer. Strep Gallolyticus is a biofilm former which is highly associated with setting up its communities on the surface of malignant and premalignant tumors in the human colon. Some of these biofilm communities send off showers of the Strep gallo biofilm community into the bloodstream where some of these microbial “emboli” infect the human cardiac valves causing bacterial endocarditis of the Strep gallo type (formerly Strep bovis endocarditis).

Endocarditis is, and always has been, a biofilm infection of the human heart valves.

So a timely “so new” in the world of infectious disease, brought to you by biofilm [always chronic] infections.