TOUCHED BY LYME: The difference between "normal tired" and "too tired to breathe" 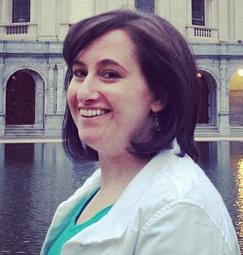 Guest blogger Jennifer Crystal explores what “fatigue” can mean to a person with chronic Lyme disease.

A few weeks ago, there was a small fire in my apartment building which necessitated three separate evacuations between the hours of 2:00 and 5:00am. Needless to say, it was a long night, and no one got much sleep. The next day I felt buzzy and glazed over, the same feeling I used to get in college when I stayed up too late writing a paper. I was tired, but it was normal tired, not sick tired. It’s a difference Lymies can recognize all too well, but one that’s hard to distinguish when we talk about a general symptom of fatigue.

Fatigue can mean a lot of things. It can mean muscle soreness after a bike ride. It can mean feeling drained after a long day at work. It can mean droopy eyes, the desire to take a nap, the need for an extra cup of coffee. It can even mean the buzzed feeling I experienced after a night of little sleep. All of these descriptions fit into the category of “normal tired.” What makes them normal is the base level of health underlying them. If a person is otherwise healthy, they are able to push through symptoms of normal fatigue because their adrenals are working properly and their bodies are not worn down from fighting infection.

“Sick tired” is another story. The fatigue of tick-borne diseases is not a general malaise that can be fixed with a nap or a cup of coffee. It is a crippling flu-like exhaustion, one that leaves muscles not sore but literally unable to function; one that makes the body feel shackled to the bed; one that makes the effort of lifting one’s head off the pillow seem like a Herculean feat. There were times, at my lowest point of illness, when I literally felt too tired to breathe.

It’s hard for someone who has never been that sick to understand what a person with chronic tick-borne illness means when she says, “I’m so tired.” I’ve had well-meaning friends say, “I’m tired a lot too,” but in the next sentence they tell me that they’re going to the gym or planning a party. This means they are “normal tired,” and while I sympathize with that, I wish there were more specific nomenclature to distinguish between our two very different definitions of fatigue.

This lack of distinction is especially unfair to patients with chronic fatigue syndrome, a nebulous umbrella under which many Lymies fall. “Fatigue” is hardly a strong enough word to cover what it feels like when your adrenals are shot, your nervous system has gone haywire and your body refuses to function. Even as a writer, it’s hard to articulate exactly what I mean when I use the word exhausted. My best effort at putting “sick tired”—specifically, the sick tired of chronic tick-borne disease—in layman’s terms is, Imagine you’ve partied all night and wake up with the worst hangover you’ve ever had. Your head is pounding. You’re overly sensitive to light and sound. You stumble to the bathroom and barely make it back to bed. Whatever you originally had planned for the day—work, homework, a run—is out of the question. You’re not sure if you’ll even be able to manage basic tasks like bathing and eating. You roll over and go back to sleep. Then imagine you wake up the next morning with all of the hangover symptoms still there, but now, you also have the flu. Not just a mild case of the flu, but a full-on bout of intense fatigue coupled with aches, fever and chills. Imagine this feeling goes on for days, and then weeks, and then months, sometimes even years. That’s Lyme disease.

It took years of medication, alternative therapies and hard work for me to get out of the rut of “sick tired” and battle my tick-borne diseases into remission. However, I still have to be very careful about pacing myself, or my “normal tired” can quickly slip into “sick tired.” The day after the fire alarms in my building, I had to cancel everything on my schedule and just sleep. Some may say it was a luxury that I was able to do this, but I see this one day “off” as a preventative investment against the weeks or months of them that can come back if I’m not careful.

By the same rationale, I take a nap every afternoon, without exception. If I don’t, I hit a physical, mental and emotional wall, melting down like a small child. Pushing through naptime causes me to go into a state that I call “pulling”—a feeling of having to pull myself through the rest of the day, and perhaps the following day, until I can get adequate rest. Without it, I am too tired to walk distances that are otherwise easy for me; I can’t think straight and mix up or forget my words; I overanalyze everything and become emotionally off-keel. Napping for me is thus not a luxury, but a necessity. In essence, I heed the alarms of my body, putting out the small fires before the blaze becomes out of control. And that makes nights with real fire alarms manageable.