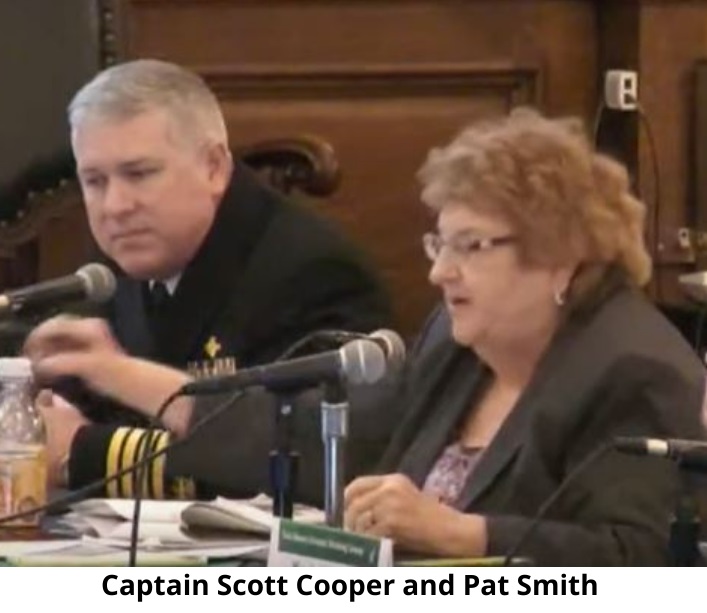 The current session of the federal Tick-Borne Disease Working Group is drawing to a close. This panel has been meeting since June 2019 and its 2020 Report to Congress is due in December.

On November 17, it held what may have been its most significant meeting to date. This was as much for what it told us about the people on the panel and the entities they represent–as well as the public vote that was taken.

The most important and by far the most contentious item on the agenda was Chapter 7 of the upcoming Report to Congress.

This chapter encompasses many of the themes that the patient community cares most deeply about:

Indeed, the drive to address these problems was why Lyme advocates fought so hard for the formation of the Working Group in the first place. The idea was to bring divergent voices to the table—including those of chronic Lyme patients—to jointly hammer out ways to help members of a marginalized community obtain the care they need and deserve.

And it is precisely those patient concerns that certain members of the Working Group (and the agencies or organizations they represent) cannot stomach, which has been evident from the start.

Naming Shapiro was early indication of problems ahead

An early example of this was when the Department of Health and Human Services selected the IDSA’s Eugene Shapiro, MD, for the panel. Shapiro has publicly denigrated Lyme patients for decades and actively worked against their interests. Among other things, he is a named defendant in Torrey v. IDSA et al, a federal lawsuit claiming he and others have colluded with insurance companies to deny care to Lyme patients.

Furthermore, at this panel’s first meeting in June of 2019, Co-chair David Walker announced that the previous Working Group had focused enough on Lyme disease. He didn’t think this panel should spend any more time on it. (He researches rickettsial infections and apparently wanted the group to pay more attention to that topic.)

Alas, such minimizing of the concerns of chronic Lyme patients has been evident from Walker and a few others ever since.

Eugene Shapiro skipped a lot of meetings early on, handing over his proxy to Walker. This meant Walker voted on behalf of Shapiro whenever the opportunity arose. Thus, for much of his time on the Working Group, Shapiro took no part in anything remotely resembling consensus-building—which at a minimum requires hearing and considering other viewpoints before casting a vote. You can’t consider other perspectives if you are not in in a position to hear them.

When he did participate, Shapiro disparaged any mention of persistent infection in Lyme, calling the concept “nonsense” and “unsubstantiated.” He opposed references to the ILADS guidelines and belittled any mention of the MyLymeData patient registry. “Propaganda,” he spat out. “No scientific validity.”

That all happened in previous meetings. Other efforts to gut Chapter 7 by diluting its contents (or throwing it out the window) took place behind closed doors. This violated the Federal Advisory Committee Act—FACA—which governs the Working Group and requires open meetings. The panel’s lone patient representative, Pat Smith, rightly called this out and forced the anti-Lyme cabal to address the issue in public.

Now, on November 17, the rubber was hitting the road. At this last full “working meeting” before finalization of the report, a big question in the Lyme community was “What will happen to Chapter 7?”

In a nutshell, Walker, Shapiro and Dennis Dixon (of the National Institutes of Health) tried again to torpedo it. They offered the same-old, same-old complaints, wanting to re-litigate issues such as the patients’ right to obtain access to the care they need to get well, shared medical decision-making, two standards of care, and—horror of horrors—persistent Lyme disease. (Even though the chapter’s major recommendations had been approved by the panel months ago.)

Walker termed these items “totally irrelevant to the chapter.” He and his team accused Pat Smith and her panel colleague Captain Scott Cooper of “railroading” their own ideas through the Working Group, and generally tried to block the chapter from being included in the recommendations to Congress.

Pat and Captain Cooper didn’t stand for it. They kept calling for a vote on the chapter in its current form, which the others resisted. At one point, Pat lost her cool and really read the riot act to Walker and the others. She justifiably pointed out that this chapter had gotten more scrutiny—both in public meetings and in behind-the-scenes shenanigans—than any other chapter in the report. They were trying to scuttle the issues that patients care most about—but seemed reluctant to go on the record as doing so.

She finally said (I’m paraphrasing): “Put up or shut up. Vote yes or no. Let the public and Congress see where you stand.”

And after some more foot dragging, the panel voted. And look at the results:

Kevin R. Macaluso, PhD, MS—University of South Alabama (He has been funded by the NIH to study rickettsial diseases.)

David H. Walker, MD—University of Texas Medical Branch. (He has been funded by the NIH to study rickettsial diseases.)

The motion passed, 8-6. The patient viewpoint prevailed. Chapter 7 of the Report to Congress remains intact. Those who voted against it are expected to submit a minority response, to be included at the end of the chapter.

Interesting observation of those who voted against it: Most have deep ties to the CDC, NIH, and IDSA. (The CDC and NIH have long had cozy relationships with the IDSA.)

Yet, look at those who voted yes: USDA, Department of Defense, HHS. These are government employees who seemed open to the consensus-building process, to the idea of listening and learning from each other and actually trying to do right by patients in need.

By the way, Shapiro signed off the call after the vote on Chapter 7, even though there was more work to be done. It gave the appearance that he only dropped in to try to kill that chapter on behalf of the IDSA. When that didn’t work, oh well, who cares about the rest of this stuff?

The absolute final meeting of the 2019-2020 Working Group is scheduled for December 2. Click here for information about submitting written or verbal comments and to register to attend the meeting online.